Here's What Indian Motorcycles Has Planned for Daytona Bike Week

This is a great chance to see the Scout FTR1200 Custom and demand that Indian builds it. 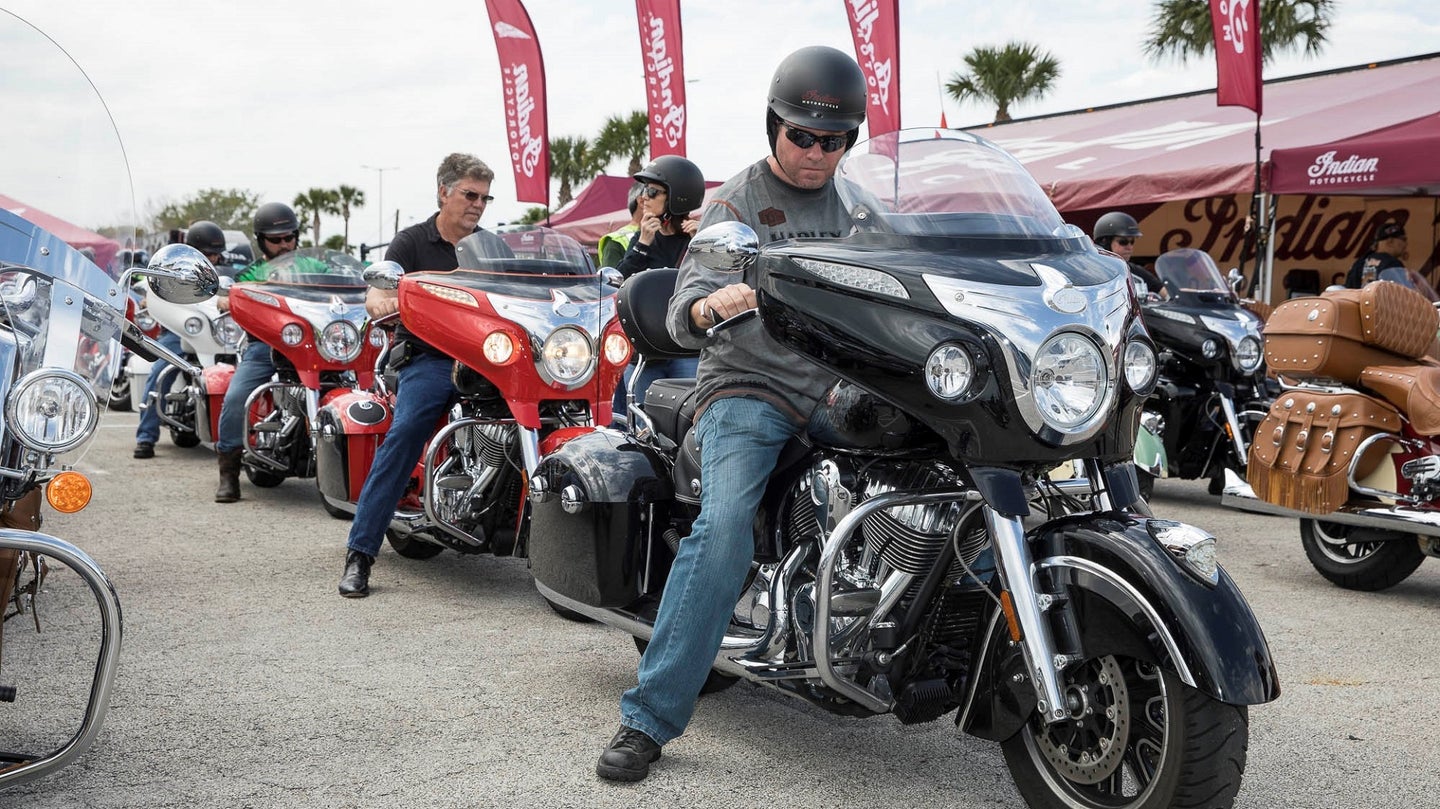 If you’re a motorcyclist living in a climate with harsh winters, you might not recall the sound of water, nor the touch of grass, but I have good news. Daytona Bike Week is right around the corner and it’s a great place to get hyped for riding season.

Indian Motorcycles just announced its schedule events for Bike Week and there are a few things you won’t want to miss if you can make it there. Indian’s display on Main Street will include demo rides for 2018 models, custom bike displays, an exclusive rider’s group experience, and more, according to an Indian representative in an email to The Drive.

“We are thrilled to offer attendees a dynamic and unique Daytona Bike Week experience, including an exclusive look at Carey Hart’s custom bikes, the Scout FTR750, FTR1200 Custom and all of our 2018 models,” said Reid Wilson, Senior Director – Marketing and Product Planning for Indian Motorcycle in a press release. “Daytona also marks a special time: The return of American Flat Track and a chance to watch the podium-sweeping Indian Wrecking Crew and new crop of privateers who have turned to the Scout FTR750 for this highly anticipated 2018 season.”

I have seen the Indian Scout FTR1200 Custom concept with my eyes at the IMS Chicago motorcycle show. It is beautiful. If you’re at Bike Week, you must go check it out and politely ask Indian to bring it to production. Tell them The Drive sent you.

Indian’s main display will be located at the corner of Main St. and N. Wild Olive Ave. It will be open daily from March 9 through March 17 from 11 a.m. to 9 p.m. Demo rides will take place on International Speedway boulevard and all you need to ride is a valid motorcycle license and your riding gear, both of which you’ll probably have on you anyway. Demos run daily from March 10-March 17 from 9 a.m. to 5 p.m.

The 2018 season opener for American Flat Track racing is happening at the Daytona International Speedway on March 15 at 6 p.m. If you get there early, starting at 4:30 p.m., you could meet the Indian Wrecking Crew: Bryan Smith, Brad Baker, and 2017 champ Jared Mees, which wrecked the competition last season.

If you’re part of the Indian Motorcycle Riders Group, you can get an exclusive tour of the Daytona track and have a VIP meet-and-greet with the Wrecking Crew. You even get VIP parking and complimentary tickets to the race.

If all of that Indian goodness makes you unable to resist buying one, you can head over to Indian Motorcycle of Daytona Beach at 290 North Beach Street to get your next American cruiser or just go for an individual demo ride.

Indian Motorcycles is one of the most exciting brands to watch in the industry and Daytona Bike Week is a great opportunity to get acquainted with America’s first motorcycle company.