Indian Motorcycles is on a roll which we’ve documented quite a bit here at The Drive. The Polaris-owned motorcycle brand has been growing in market share, soaring in sales growth, and dominating American Flat Track racing making for a banner year in 2017.

To get an idea of how the brand plans on continuing its stellar momentum, I spoke with Indian Motorcycles Marketing Director Reid Wilson. I started by asking about the significance of the Progressive International Motorcycle Shows, which we’ll be reporting on in Chicago this weekend.

“I think the recipe for success at IMS is that a lot of the locations are in winter and it’s a good time for enthusiasts and people that may not be riding, but are interested in the category to just go sit on motorcycles and learn about them,” said Wilson. “We see it as a pretty effective tool. There’s a pretty high conversion rate with people who interact with us at IMS. We get their lead information and actually go on to a purchase in the next 12 months. So, we see it as a pretty effective tool to go from ‘Hey, I don’t know much about Indian,’ to actually going into our dealerships and buying a bike. You can make that transition pretty quickly at an IMS setting.”

The traveling IMS show which will have visited seven major U.S. cities between Nov. 2016 and Feb. 2017, is a great place for Indian and other manufacturers to showcase its brand. It’s a gathering not just for existing enthusiasts, but for anyone of any age interested in motorcycling.

I asked Wilson about Indian’s growth in 2017 and how he plans on continuing that growth. “The growth starts with a very strong dealer network that represents the brand well and gives people a very personalized experience of an unbelievable brand with a heritage and a history that people love to learn about and are proud to be a part of. And then products that deliver on that brand,” said Wilson. “That’s our goal. The original founders of Indian set quite an example for innovation, product development, and quality and building a brand that’s pretty storied. We have to live up to that and that’s what we’ve been trying to do over the years. We’re going to continue to do that in 2018 and we anticipate that momentum to continue.”

For Indian, growth comes from blending the past with the future. It uses its heritage to its advantage not just with nostalgia, but by really drawing from the origins of the brand and what made it special a century ago. It took innovation and quality to make Indian an industry leader in the early 20th century and the same strategy is working now in the 21st century.

Speaking of products, we can’t help but wonder what Indian has in store for new products in 2018. Last year saw the introduction of the badass Scout Bobber and we have a feeling something else new is coming in 2018. “I can’t share anything new, those will be shared at the right time. But you’re going to continue to see Indian expand its product lineup over the next few years,” said Wilson. “You’re going to see us play in new segments that American motorcycles haven’t played in. We’ve been talking about that the last few years and we’re very excited to continue that progression. We’re in it for the long haul and you’re going to see very exciting things coming from us in the next few years. We can’t wait to get there and continue to grow the brand.”

That little nugget Wilson shared about “new segments that American motorcycles haven’t played in” might have been the most exciting part of the interview. That means Indian will soon offer a motorcycle that is not a cruiser. We don’t see a lot of diversity in American motorcycles, and when we do it doesn’t last long. What could Indian have in mind? My best guess is a production version of the Indian Scout FTR1200 Custom concept displayed at EICMA last year. I wouldn’t hold my breath for a sport bike from Indian anytime soon, but I’m open to surprises.

With a new season of American Flat Track racing starting next month and with growing popularity of the FTR750 racing bike, I asked Wilson how he liked Indian’s chances in AFT this year. “Last season was a little unprecedented and unexpected for us, we’re very excited about our success. We were hoping to be successful, but had no idea it would be quite like that,” said Wilson sounding almost overwhelmed by Indian’s flat track dominance. “There are six new riders on Indians this year. A couple of them are former champions so the factory team will be challenged to equal the record they enjoyed last year. We’ve very optimistic that Indian overall will continue to the success it’s had in an unbelievable first year.”

Finally, I asked Wilson a question that’s on the entire motorcycle industry’s mind; how are you going to appeal to Millennials and attract new riders giving motorcycling the fresh blood it needs? “What we try to do is pretty simple; bring motorcycling to people who aren’t engaged in the category through events like the Moto Beach Classic which we worked on with Roland Sands Design where we take a motorcycling lifestyle event where you have music, customizers, apparel, and you actually have a hooligan race all on the beach in Orange County. You bring an exciting, positive, fun, adrenaline-fuelled experience that’s highly memorable to people who may not be involved in motorcycling like we are,” said Wilson. “Hopefully, we get them to catch the bug. Once you catch that bug, it’s hard to get rid of it. That’s the goal; to get them hooked on the excitement, the adrenaline, and the lifestyle of the category. We’re going to continue to do that, we’ll continue to bring motorcycling to new audiences in a fun way that gives them memorable experiences throughout the year.”

That strategy sounds pretty good to me. Throw parties that attract bikers and non-bikers alike and create a fun atmosphere to let the inherent excitement of motorcycling speak for itself. I think the keyword in the strategy Wilson described is “memorable.” With the Moto Beach Classic, folks who may have not even known that Indian Motorcycles still existed were suddenly exposed to the brand in an exciting way. That creates an experience that sticks with them and makes them associate motorcycling with Indian. If they truly catch the bug that Wilson was talking about and that every motorcyclist is familiar with, then the next step is to head to the local Indian dealer.

Indian Motorcycles is keeping the competition on its toes and we can't wait to see what it has in store for 2018. 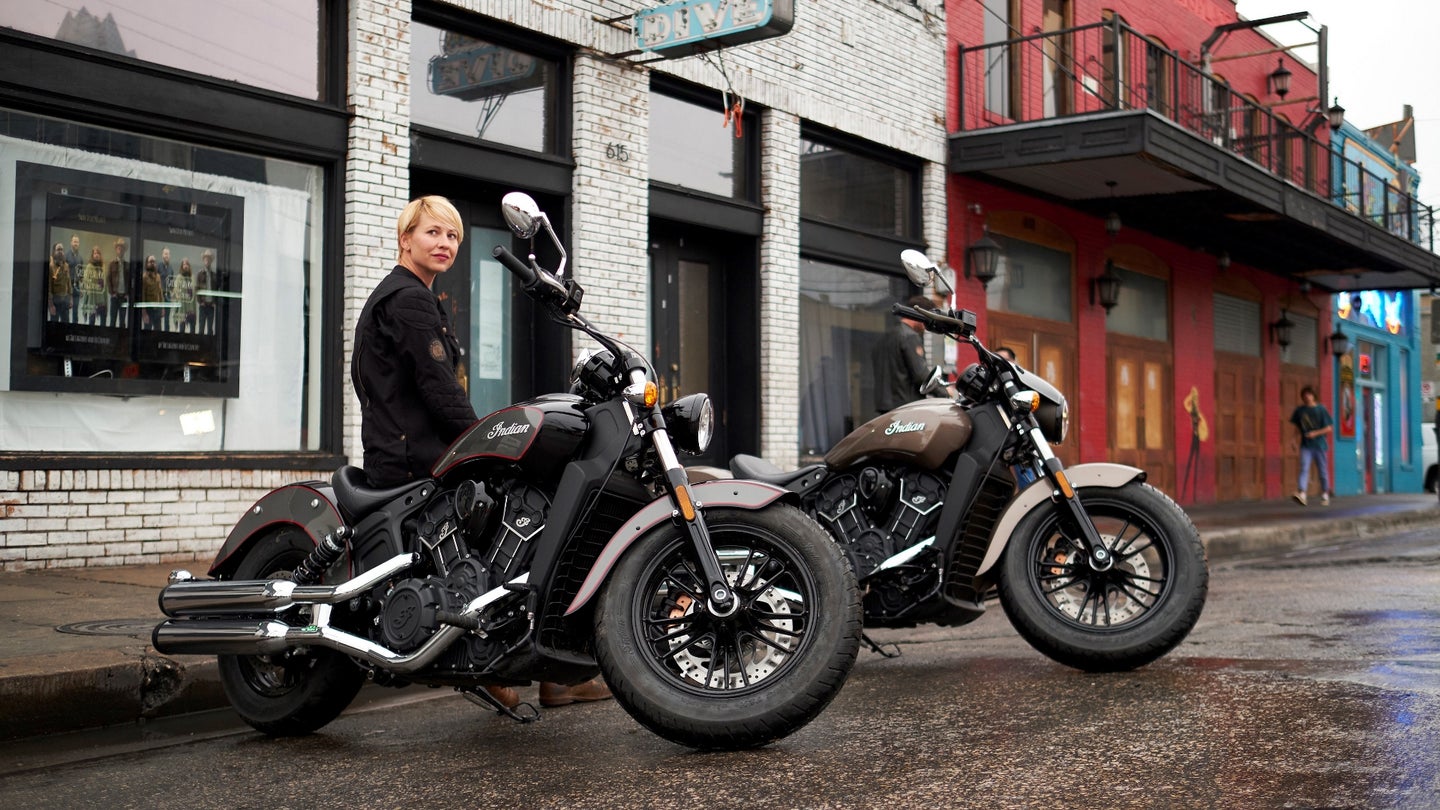 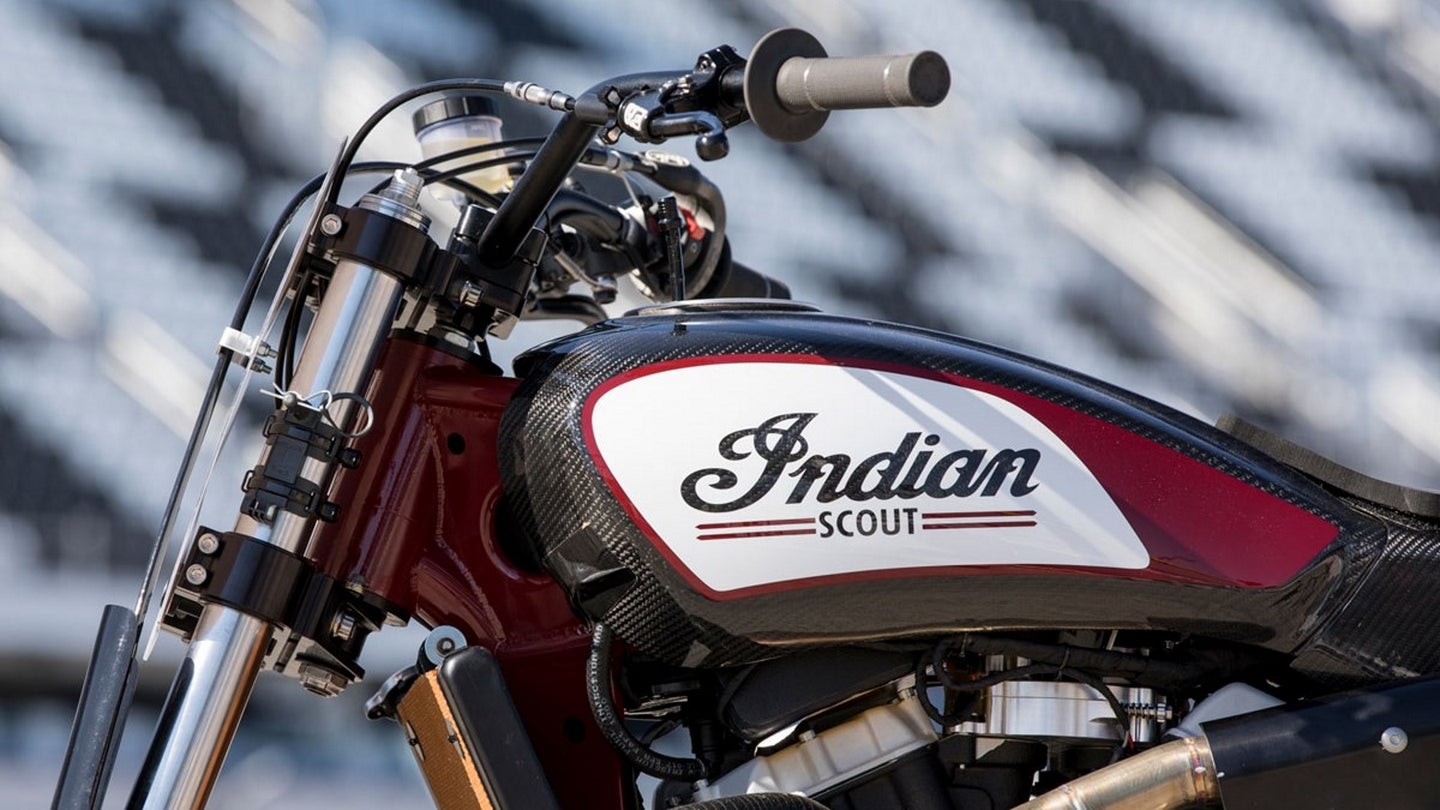 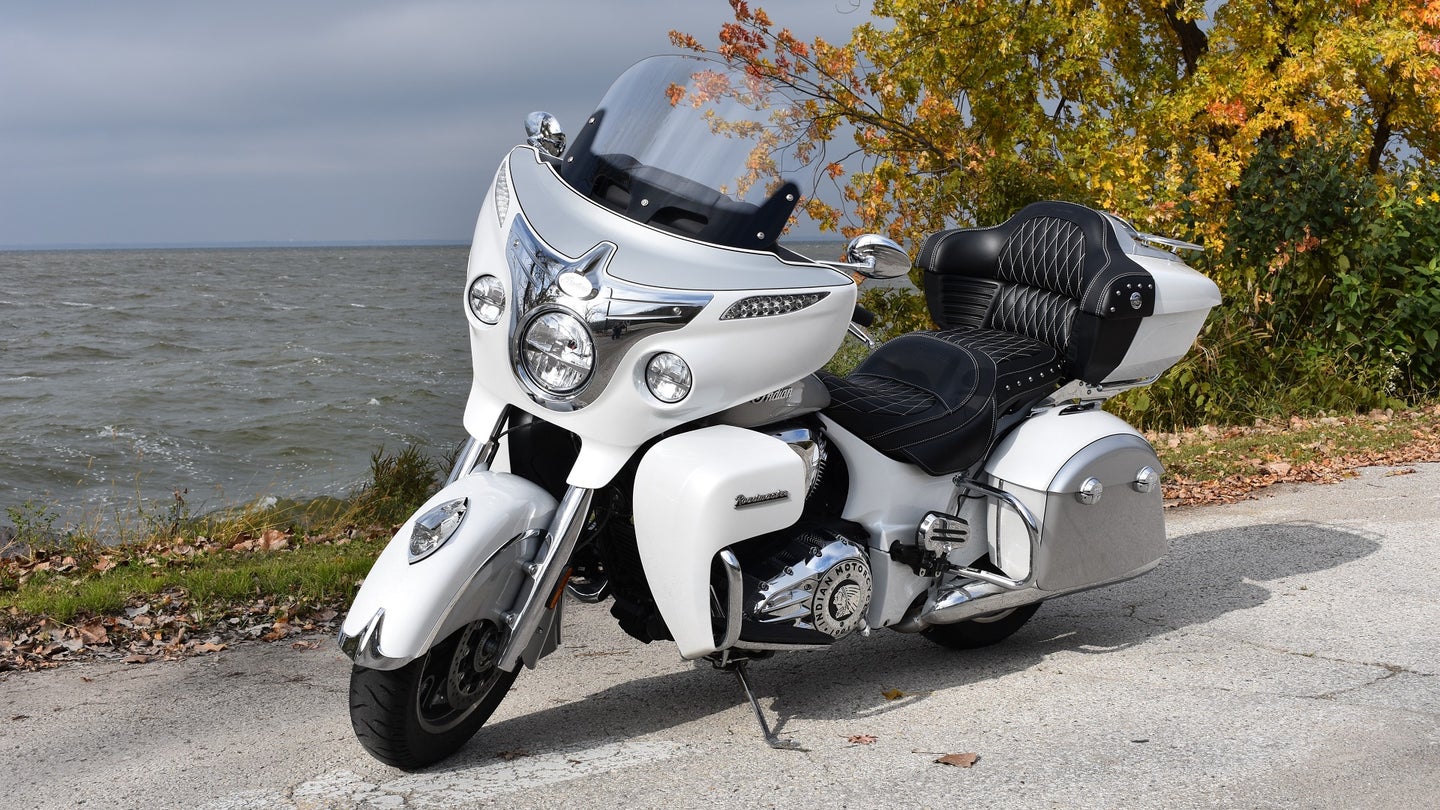 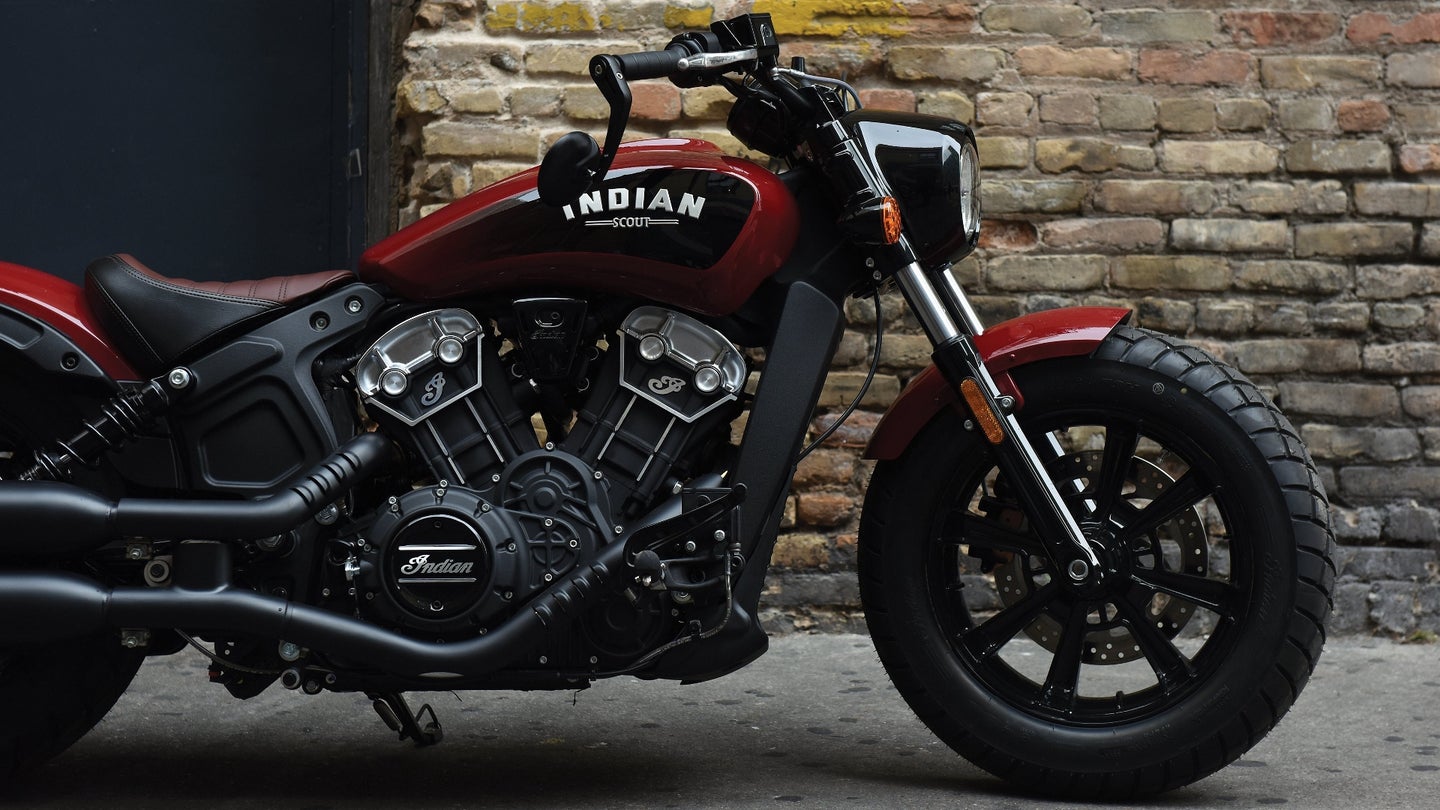 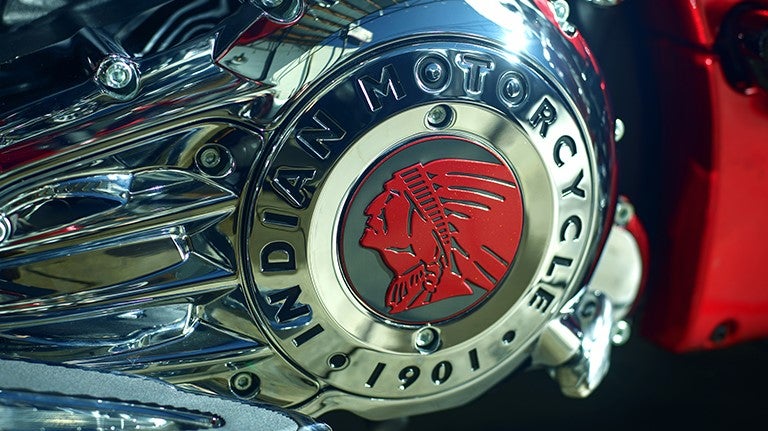