The a one-day festival celebrating the rich history of motorcycle, surf, and music culture in Southern California. 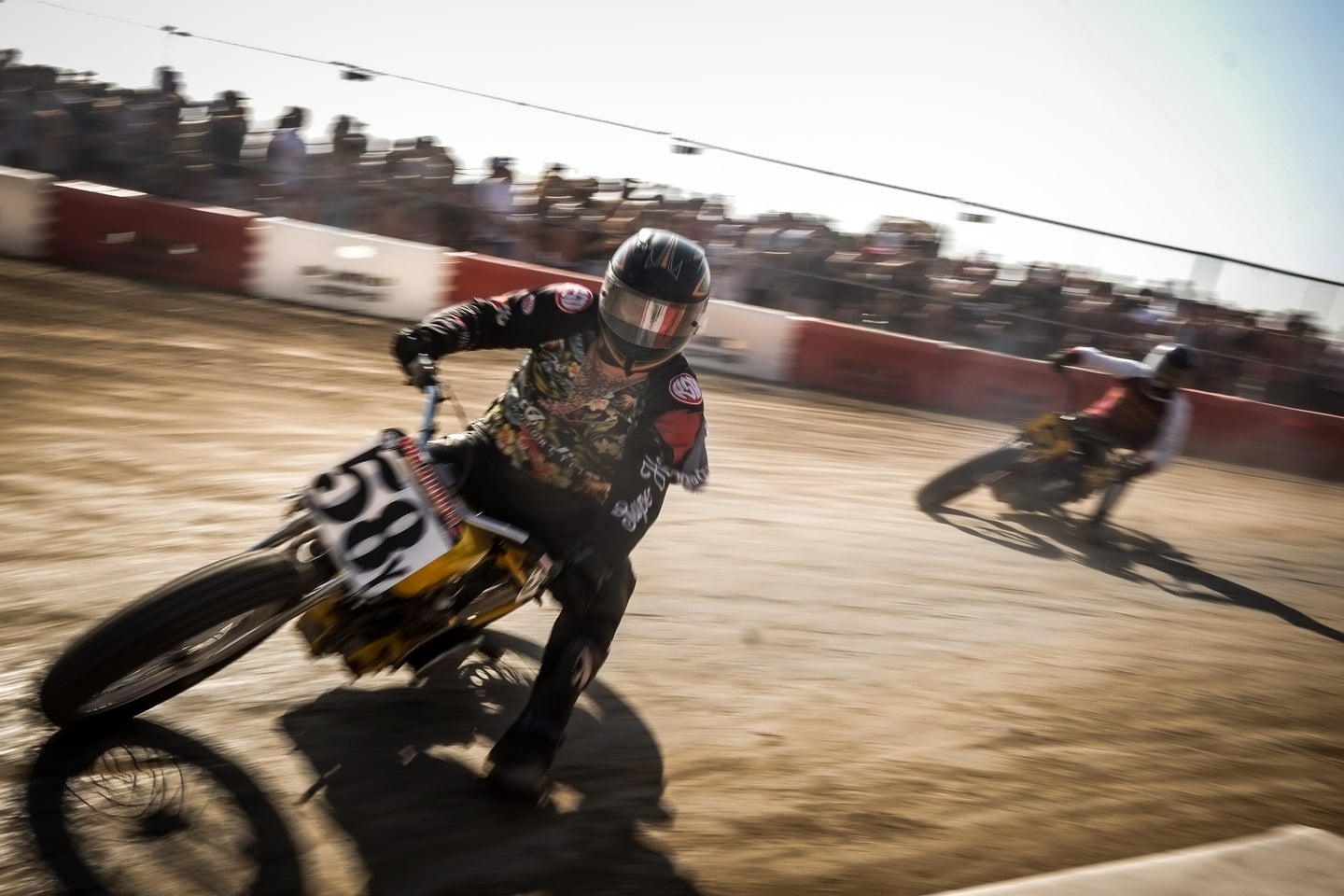 On October 14th, the world of motorcycles descended upon Bolsa Chica State Beach in Huntington Beach for the inaugural Moto Beach Classic.

Located just south of Long Beach, California, Bolsa Chica State Beach is nestled up against the pacific ocean and the Bolsa Chica Ecological Reserve. For the majority of the year, this three-mile stretch of beach is generally a quiet coastal area, with a smattering of bicyclist, rollerbladers, and skateboarders on a bike path and surfers and fishermen dotting the landscape. Not on the 14th, though.

The day began at 8 a.m. with a surf competition. By 11 a.m., the roar of flat track and mini-moto racing practice sessions had washed out the crashing of the waves, music echoed from the Salty Sea Legs concert venue, and the bike path bustled with event-goers eager to catch a glimpse of the action. By the afternoon and evening hours, the festival was in full swing, with bands playing, a Super Hooligan Flat Track Competition, and the BMW Salty Sprint Drag Race.

The Moto Beach Classic was the brainchild of Roland Sands, who worked hard for years to see a beachfront motorcycle-inspired event come to fruition in order to expand the footprint of motorcycle culture in the area. Luckily, your humble author was on site to capture the happenings at the event, which you can check out below in the photo gallery.

To learn more about the Moto Beach Classic, head on over to their site and plan your trip for next year. It likely will once again be a hell of an event.

The accomplished racer says the new partnership is “a dream come true.”