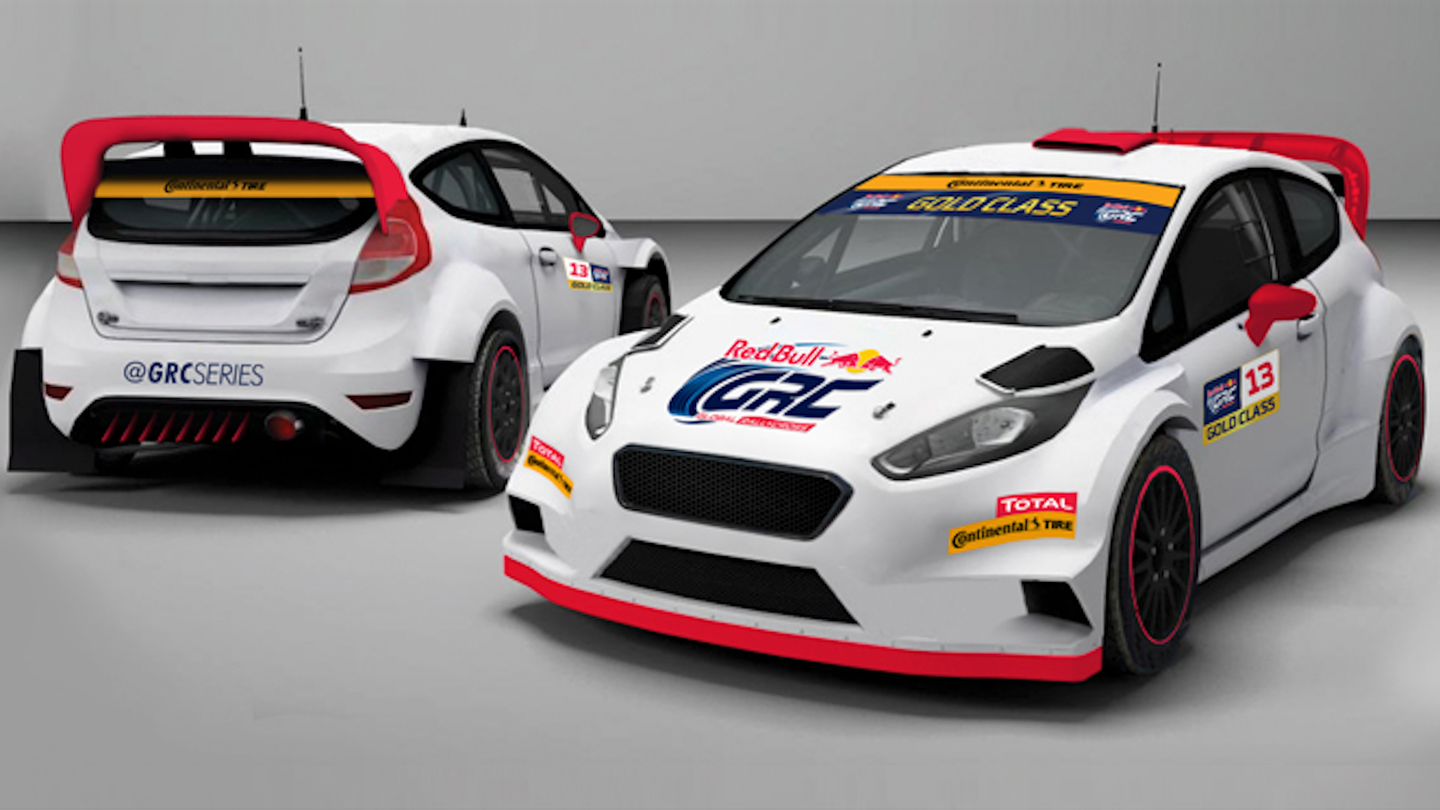 The Red Bull Global Rallycross racing series confirmed the launch of a new category dubbed the "Gold Class," which will debut alongside the recently announced Polaris GRC class at the first race of the 2018 season. More importantly, the Gold Class will replace the Supercar category, which was the series' headlining event since its inception.

The Gold Class racecars are touted to be the evolution of the GRC Lites from previous seasons and will feature aggressive bodywork and strategic performance updates designed to tighten up the field. That sure sounds like an elaborate way to describe a spec series, which is what everyone (including me) can interpret from the relatively vague announcement.

“We are giving the sport of rallycross back to the drivers with the Gold class,” says Colin Dyne, CEO Red Bull Global Rallycross. “By creating a more closely matched generation of top-tier rallycross vehicles, the Gold class will provide a platform where our drivers can highlight their driving skills and create even more dynamic racing for the fans.”

While creating a series that focuses on skill and not the size of the team's budget is important, it doesn't take away from the fact that Red Bull GRC is playing down the severity of killing the Supercar class—the only manufacturer-backed, production-car-oriented, rally racing category with major TV coverage in the U.S. And while the series has announced recent partnerships with Total Lubricants and Continental Tire as official suppliers, it's yet to make public any backing or involvement with major automakers. Previously, Red Bull GRC saw the involvement of Honda, Ford, Subaru, Volkswagen, Chevy, and Hyundai.