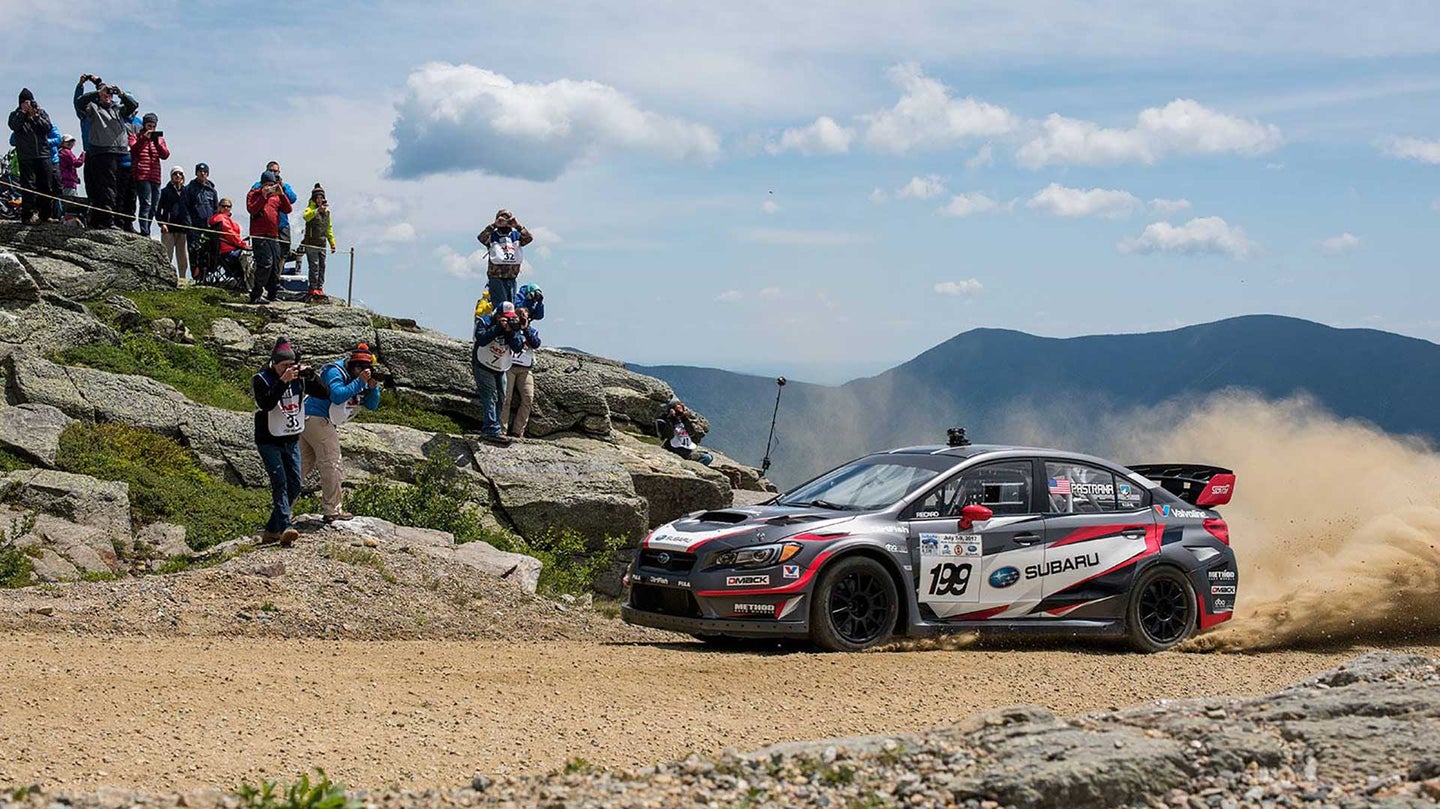 Subaru Rally Team USA fields competitive teams in both the American Rally Association stage rally championship and in Red Bull Global Rallycross. The team announced Thursday that all of last year's drivers will return in 2018, with an unexpected twist as the team's GRC drivers will drive some ARA stage rally events as well.

Past champions David Higgins and co-driver Craig Drew will spearhead the team's rally efforts, competing in all seven events on the ARA calendar. But Travis Pastrana will only compete in select ARA rally events due to Nitro Circus scheduling commitments. His car won't stay parked, however, as the team's GRC drivers Patrik Sandell and Chris Atkinson will each have a chance to try their hand at American stage rally in Pastrana's absence.

"I’m really excited about this opportunity to do a rally in the USA, having had a glimpse through rallycross of how awesome the Subaru fans are in this part of the world, the atmosphere will be amazing," said Atkinson. "It’s been a while since I’ve done a high-speed rally and I don’t underestimate the challenge, but know we have a great team and car so it will be fun. A big thanks to Subaru of America and Vermont Sportscar for this opportunity."

Atkinson has already been confirmed to drive along with Higgins at the Oregon Trail Rally in April, the first event on the ARA calendar.