And we have the Ford Motor Company to thank. 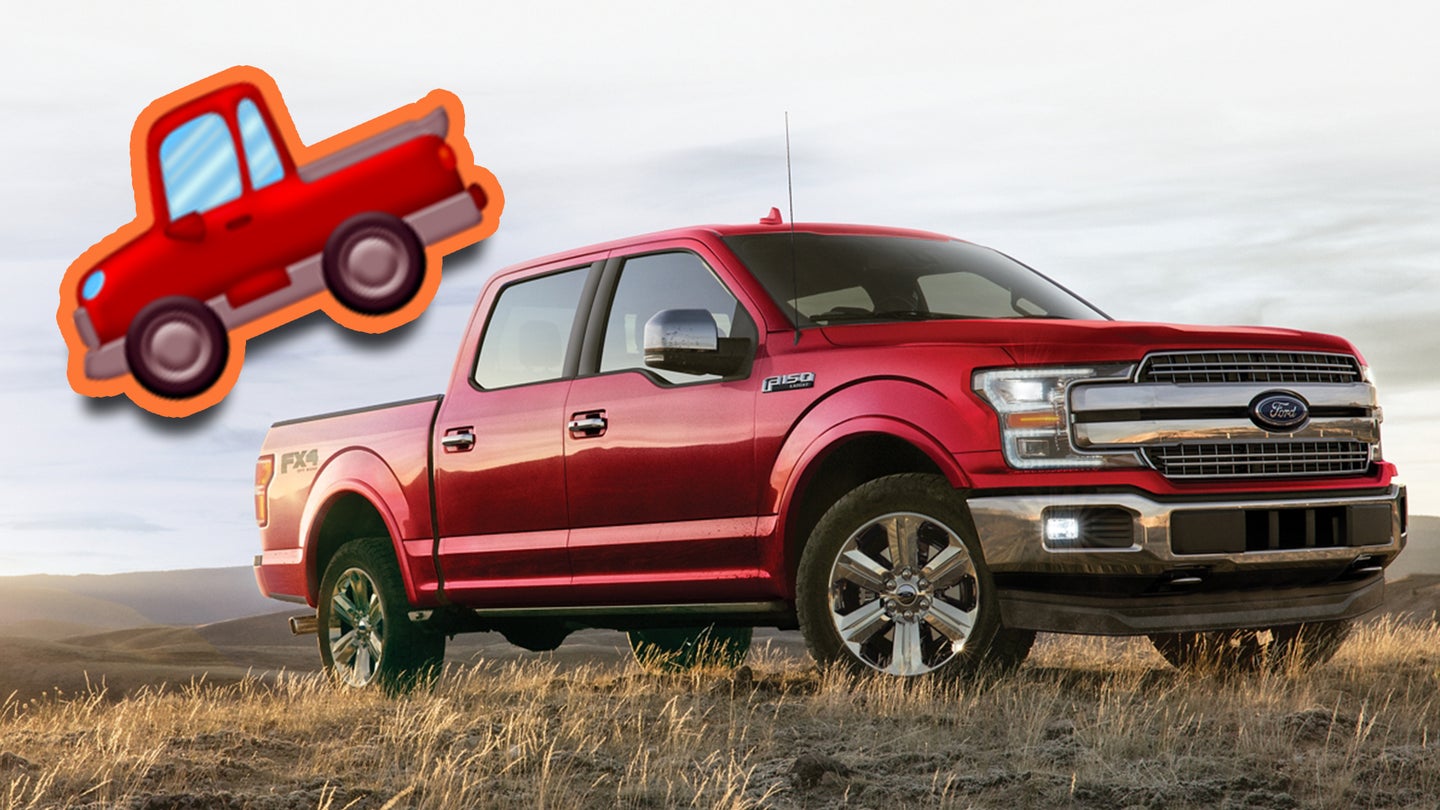 In the middle of last year, Ford Motor Company introduced the idea of a pickup truck emoji. The Detroit automaker even proposed its own design, petitioning the United Consortium for its addition to the list of approved emojis for 2020. Now, it looks like these requests have been granted more or less as a generic pickup joins 116 other new emoticons in the forthcoming update.

This clearly isn't the world's most pressing issue, but at least everyone's cars won't be lumped together as a small blue crossover anymore. Instead, truck fans will soon be able to select the little red regular-cab to show their affinity for pickups or, perhaps, to just get their point across a little more clearly.

Emojipedia released the OK'd design this week, showcasing a universal two-door that's not quite the same as Ford's initially suggested creation.

The Blue Oval caught a little flack for this over Twitter, with rival Chevrolet clapping back in short order.

Rest assured, though—this is a win for any truck maker as the segment continues to boom. Any sort of recognition for the high-dollar, high-utility models is good marketing, so we'll bet there aren't too many real complaints from the likes of Ram, Toyota, or Nissan, either.

Other noteworthy additions to the 2020 emoji list include the Italian hand, disguised face, and multiple LGBTQ designs. These have all been added in the name of fun and inclusivity as they accompany the hundreds of other emojis that already take up space on your personal smartphone.

Don't tell anyone, but we're also pretty excited about the new boomerang emoji. Why? Uh...hold on a second...it'll come back to us.

Clearly, Jeep wants you to know that it prefers to be associated with Trail Rated off-roaders rather than drab city-focused runabouts.