We've got our fingers crossed for an electric Bugatti pickup truck. Don't you? 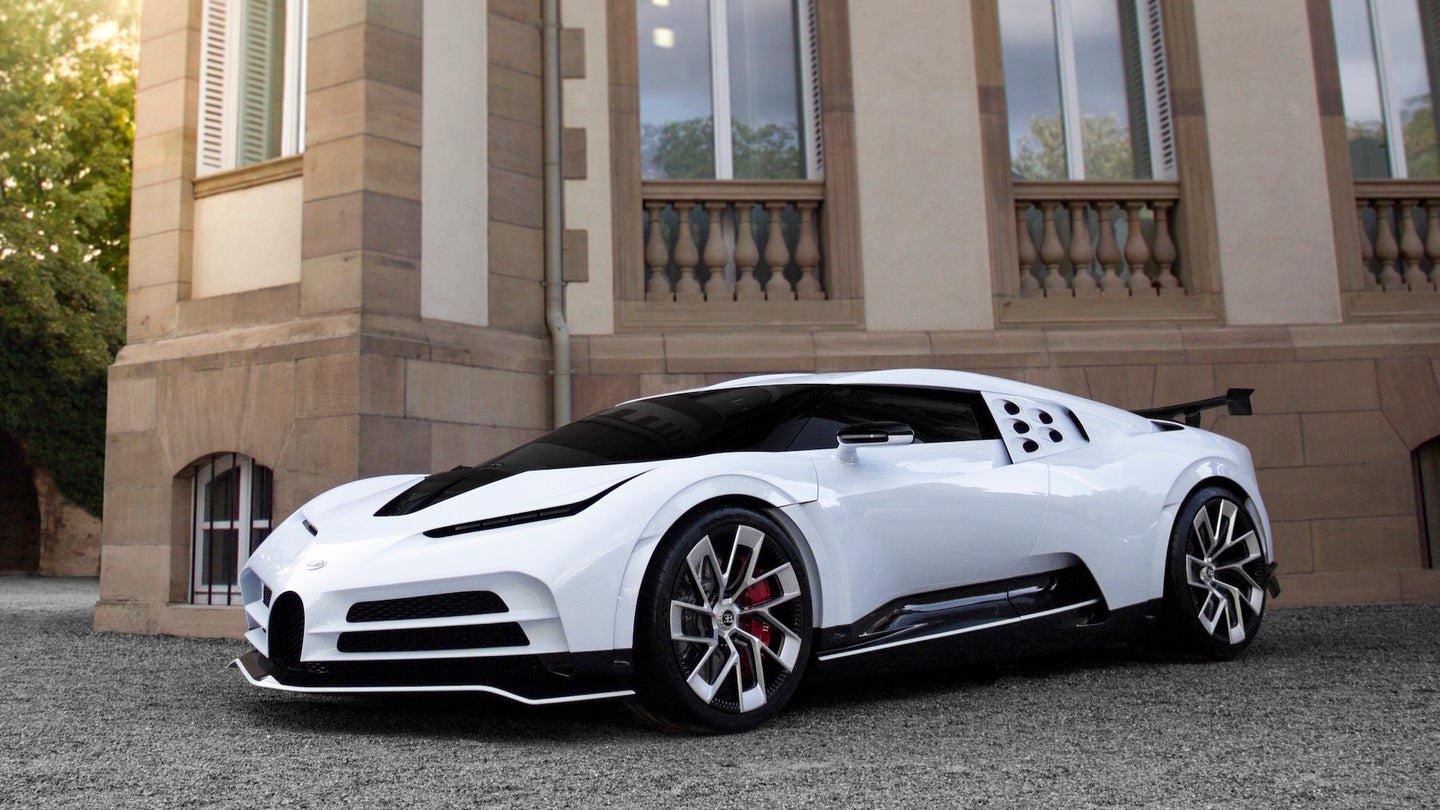 Bugatti is on what's known as "a roll." In the last twelve months, La Marque, as it calls itself revealed five coach-built variants of its 1,479-horsepower Chiron—some of them tributes to Bugattis of yore and some of them 304-mph ballistic missiles. These special-edition hypercars helped propel Chiron sales past 400 units and quite close to its ultimate cap of 500, which Bugatti could reach this year if some "surprises" promised by its CEO Stephan Winkelmann have their intended effect.

"We're living in a revolutionary era," said Winkelmann Wednesday morning. "We will present further high-performance vehicles in 2020 because Bugatti remains true to its philosophy of developing the best cars in the world."

"All I can say is this: We'll be presenting a few interesting surprises in 2020. We have several ideas and are continuing to work on the future of our traditional marque."

Whether Winkelmann alludes to increasingly radical derivates of the Chiron or concepts for a new model entirely—it's too soon to know. Bureaucracy within Bugatti's owner—the Volkswagen Group—will prevent the potentially electric, sub-seven-figure model Winkelmann discussed in 2019 from seeing the light of day until 2023 at the earliest. That year is when Bugatti projects it'll wrap up Chiron production in advance of the model's successor, so with new models on such a distant horizon, betting on new Chiron varieties rather than the purported Bugatti SUV would be wise—especially as Winkelmann has explicitly shot down rumors of such a model.

Regardless of what Molsheim has in store next, 2020 will be a great year to be a part of Bugatti's balling, billionaire clientele.