It’s all done in the name of science…or something. 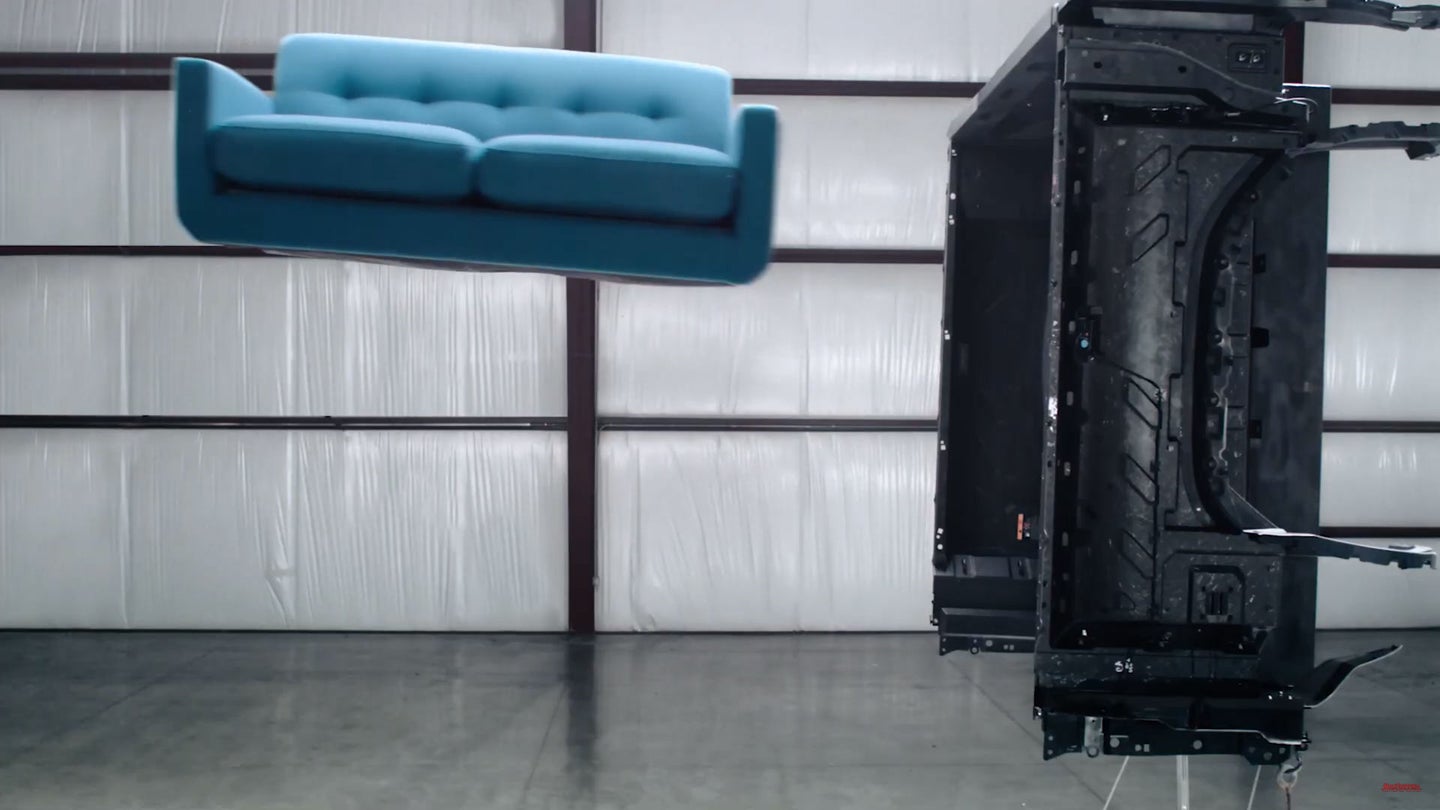 Have you ever been stuck in a pickup on its side during a hurricane and thought to yourself, "Oh, all this debris might damage my truck's bed?" No? Well, surely somebody has, and whoever they are, they're the target of a new GMC ad meant to convey how tough the Sierra's optional CarbonPro bed is.

In the spirit of automotive advertising's oldest trick—making up games that only your vehicle can win—GMC suspended its carbon fiber bed and a competitor's metal bed downrange of a pneumatic cannon. It then loaded the cannon with every object hurricane-force winds could imaginably whip up, from bricks to lawn gnomes, watermelons, picnic sets, and even a couch. Some of these objects were fired at both beds to show the CarbonPro's impact resistance; bricks shot at the metal bed sailed straight through, while those fired at the GMC shattered on impact.

As fun as the tests may be to watch, their values are obviously limited by the fact that nobody but the guys above are firing bricks at their trucks. Sure, there's some comfort in knowing you can pitch a piece of furniture from a second-story window into your truck without denting the bed, but that's not how most people treat their vehicles. If we had to guess why this video really exists, it's because GMC had some leftover cash in its marketing budget for 2019, and some intern had a hankering to play with an air cannon. Not a bad way to spend a few spare pennies, GM.