Carson Wentz’s Dodge Demon Decked Out In Eagles Everything Can Be Yours For Just $149,984

Are you a diehard Philadelphia Eagles fan with $150K to spare? Look no further. 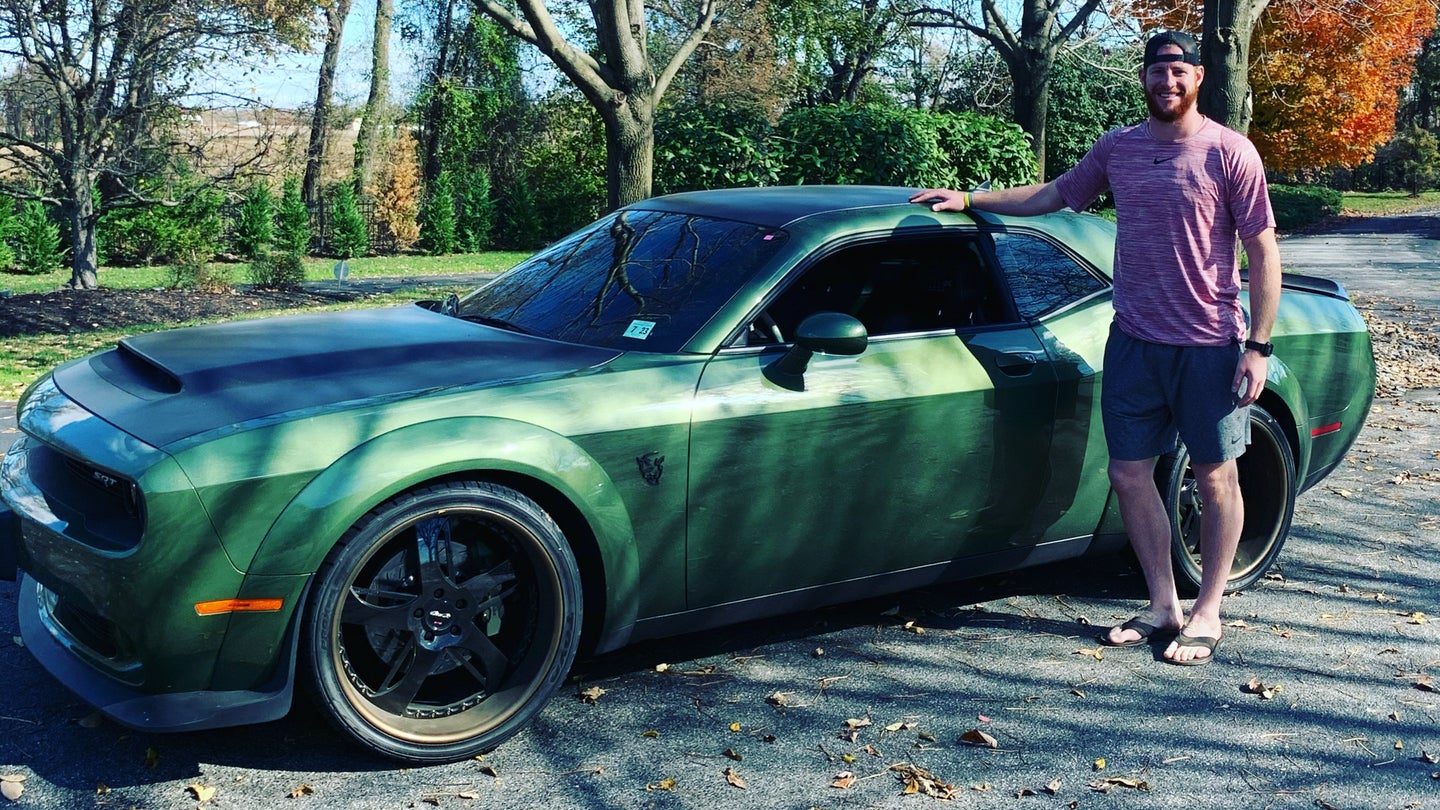 The Philadelphia Eagles’ NFL season just ended with a playoff loss. That’s a disappointment for fans, but one lucky (and well-off) Eagles junkie can cheer themselves up by driving off in a serious piece of team memorabilia. The team's quarterback Caron Wentz is selling his custom Dodge Challenger SRT Demon, albeit with markup that's even higher than the already-ridiculous second-hand prices for other examples across the country.

The Demon, car no. 72, is up for sale with an asking price of $149,984 at a Philadelphia-area dealer which says that part of the money will go to Wentz's charity. That’s a staggering $70,000 premium over the Dodge’s original asking price, though to be fair it was nearly impossible to find one without a markup when new, or even now on the used market for less than $100,000. The Demon’s limited run of just 3,300 cars has, obviously, created a secondary market frenzy, where buyers are eager to get their hands on the 840-horsepower monsters. Wentz’s Dodge also comes complete with the Demon crate $1 option that includes skinny front wheels and various other on-the-fly mods to help the car scorch the quarter-mile.

Wentz, however, wasn't satisfied with the muscle car's styling—though he picked the fabulous factory F8 Green—and had it customized to his liking with his jersey number is stitched into the headrests, as well as a custom sound system with neon lights, one-off Giovanna wheels, and an Eagles puddle light that shines the team logo onto the ground when the doors are opened. The car has been driven 3,689 miles, but it appears to be in exceptional condition. We'd have liked to see more.

Wentz himself just finished another season at the helm of the Philadelphia Eagles, though his year ended with a rough concussion. The Eagles ultimately lost the game against the Seattle Seahawks, but Wentz can still win if the car sells at his asking price—though that's certainly no championship or trip to Disney World.

There’s sure to be an Eagles superfan that can’t live without this car. Are you that superfan?