Strong waves have made it impossible for rescuers to search for the vehicle or its occupants. 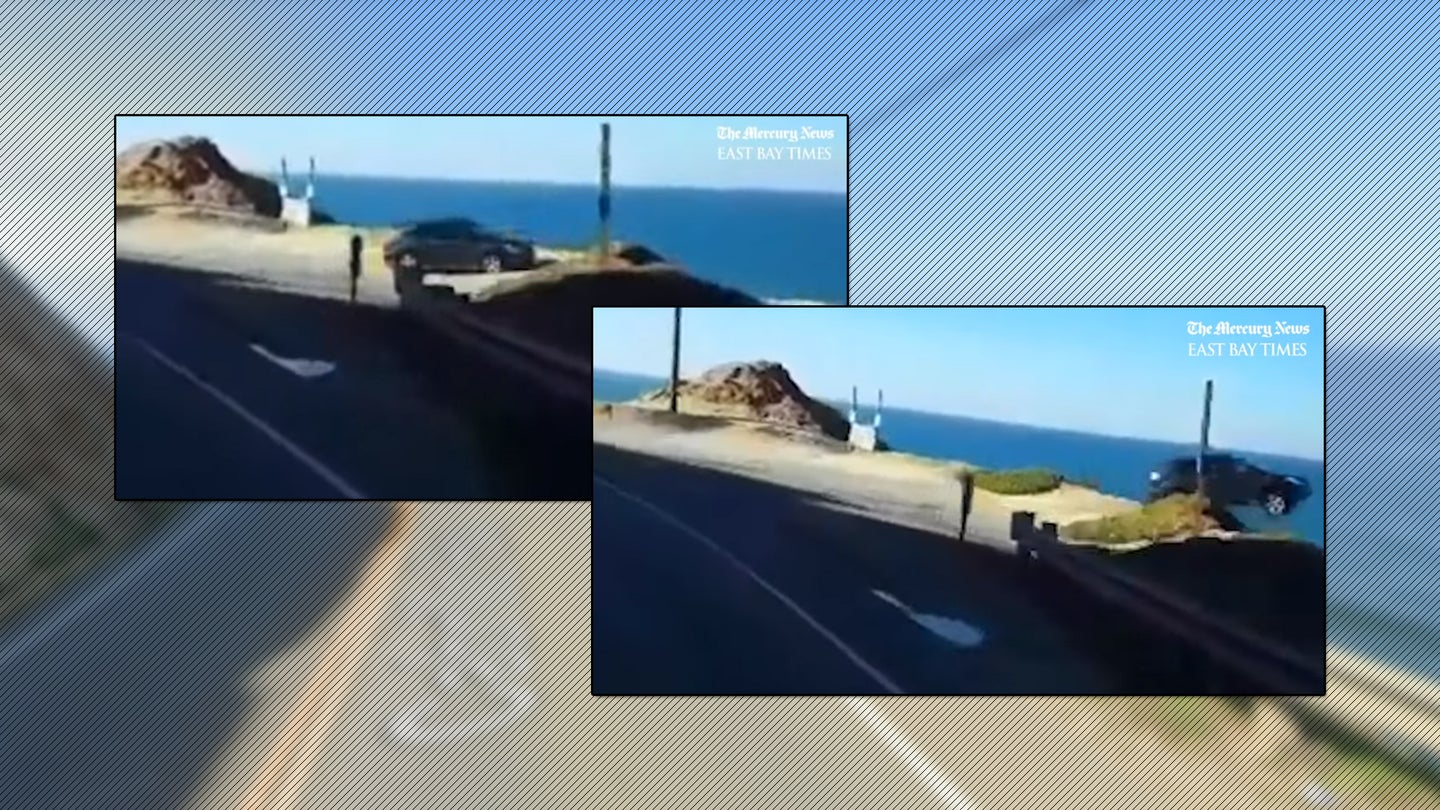 Police in California are searching for the driver of what looks to be a Lexus SUV that plunged off a cliff and into the Pacific Ocean earlier this week.

Perhaps even crazier is that the incident happened to be caught on camera by a passerby's. The footage of the incident was released by the San Mateo County Sheriff's Office on Wednesday morning; the clip is brief but shows what appears to be a dark Lexus SUV speeding off the road and over the cliff at full speed.

The incident occurred along Highway 1 near Gray Whale Cove State Beach, a stretch of road which follows the curvature of the California coastline and offers an endless view of the Pacific Ocean. The particular area where the cammer happened to be filming follows a sharp turn. It's possible that the driver may have lost control of the vehicle shortly before it careened into the ocean below, though police are still attempting to piece together the crash with what little information they have.

“All [the video] shows is the vehicle veering off the cliff,” said Bert Diaz, a California Highway Patrol public information officer, in a statement to local news. “There’s no before, and so at this point, we don’t have any information.”

Law enforcement notes that although they might find other evidence at the scene which could be related to the incident such as tire tracks and car parts in the water, they have been unable to locate the vehicle in the video or any occupants which may have been inside.

The coast guard and other rescue crews began searches by land, sea, and air on Monday shortly after the crash occurred, but were forced to call off the mission later that day due to a high-surf advisory that was issued for waves cresting 30-feet. The dangerous conditions are said to be responsible for preventing crews from continuing the hunt on Wednesday afternoon.