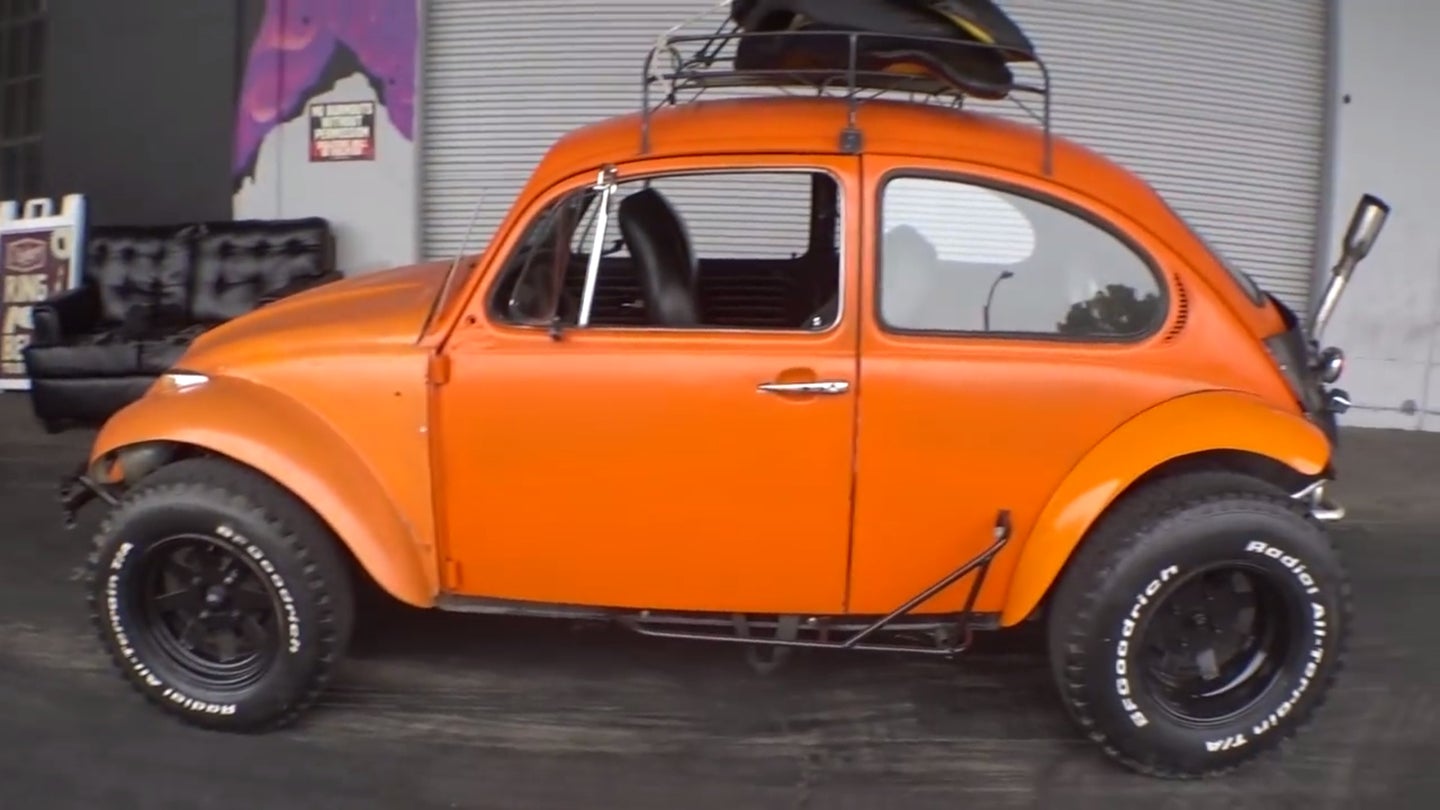 Hoonigan is well known for bringing automotive celebrities and race car drivers to its Donut Garage for episodes of Daily Transmission, but it's also known for its crazy fleet of project cars. One of the project cars, a $300 BMW 3 series affectionately named "Sh!t Car," helped the show Daily Transmission achieve an internet cult-like following. Based on the love Sh!t Car received, the Donut Garage picked up a $200 Mazda Miata that is slowly being transformed into a Death Kart. How does it top those two? By purchasing the cheapest running Baja Bug it could find—the "ScumBug."

Costing a mere $2,500, the purpose for the Donut Garage to obtain the Baja Bug was to head down to the Baja 1000 to follow the race on the chase roads. Originally, it was going to run a couple of Ford Raptors but that plan fell through and Hoonigan obtained the next best thing, a Baja Bug. The Raptor opportunity popped back up but it stuck with the Baja Bug. Hoonigan Vinny Anatra mentioned via Instagram that the ScumBug was more fun to drive than the two Raptors.

The ScumBug had seen better days. The tires had dry rot, the steering had an unsafe amount of play in it, and the brakes needed to be replaced. Shop Foreman at Hoonigan, Dan Sommer was up to the task to get the Baja Bug ready. Co-founder of Hoonigan, Brian Scotto headed to a local parts shop to get a bunch of parts to fix and replacement parts in case anything went wrong at Baja. They all commented on the low cost compared to their normal cars.

The ScumBug is featured in Hoonigan's newest episode of its other series, Field Trip.

For more of the fun, check out Hoonigan's Daily Transmission episode on its Baja Bug below.