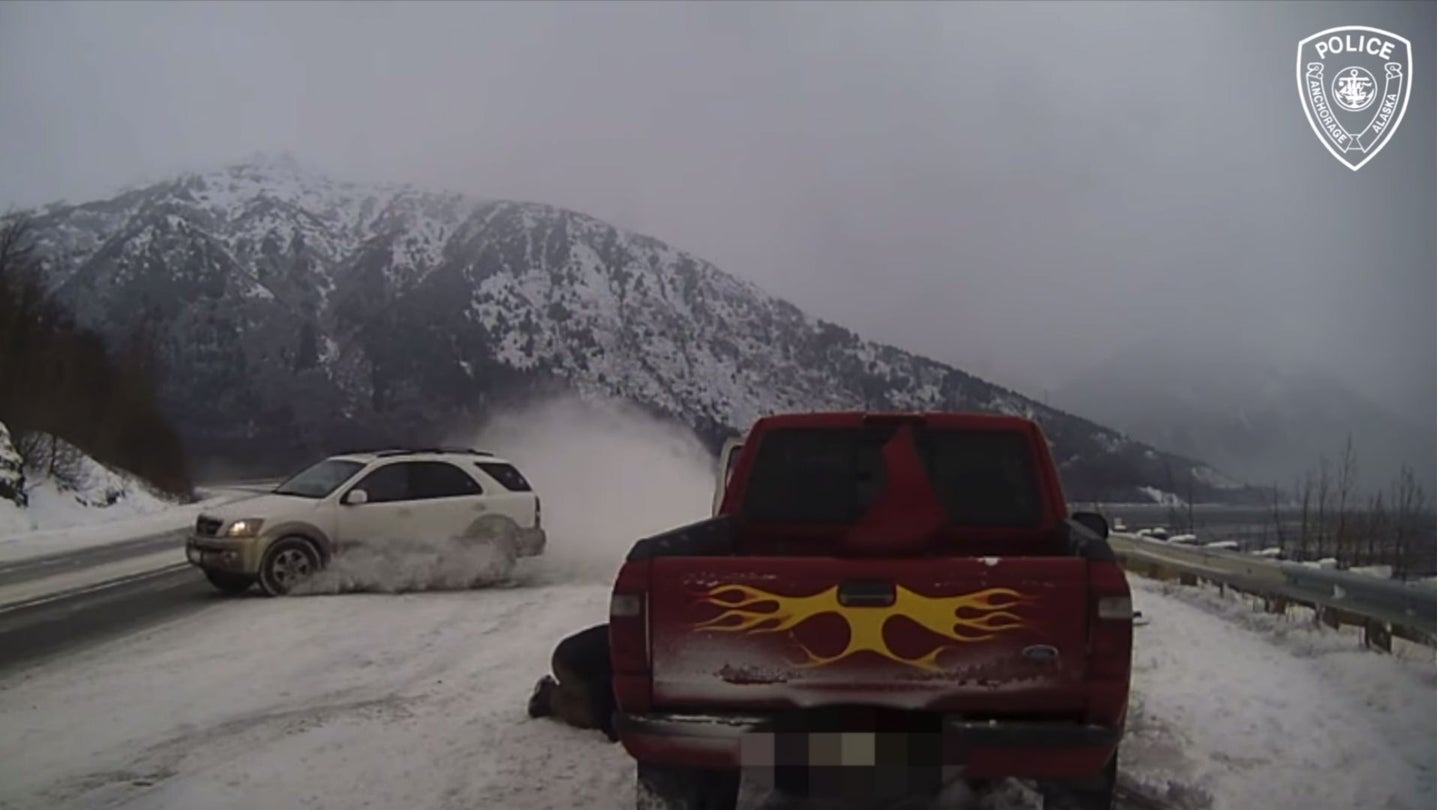 It comes as no surprise that Alaskan roads are a bit slippery during the winter months, but on Christmas Day, one Kia Sorento driver ignored this fact entirely. In a video posted to Facebook by the Anchorage Police Department, it's clear that the pilot in question was traveling far too fast, especially for such an icy corner. They then nearly struck a tow truck driver that was on the highway's shoulder—luckily, a local officer was also on-site and captured the ordeal via their handy dandy dashcam.

APD's clip starts out describing the scene, where the tow truck driver is looking over an "in distress" Ford Ranger near the Seward Highway's 104-mile marker. While crouched down at the front of the vehicle, the man is clueless of the Kia that has since come into the frame with its rear end swaying from one side to another. Just when it looks like the SUV is going to plow straight into the Ranger—and the people around it—a massive skid is initiated.

With the steering wheel locked in the opposite direction and the accelerator pegged, the Kia starts to claw away at the snow and ice. The driver was able to miraculously maneuver away from the bystanders, pulling off a snow drift that was all but impressive to APD Officer Busby.

The Seward Highway itself is a beautifully scenic road that links together the towns of Anchorage and Seward, often ribboning through mountains and by water with great elevation change. It's dangerous enough as-is during the winter, but add in a dash of careless speed and you're essentially asking for disaster.

It's unclear if the police were able to catch up with this Ken Block wannabe later on, but rest assured, this moment will be forever immortalized thanks to the internet. Since it's virtually impossible to make out the Kia's license plate number, this might've been a lucky day for everyone involved.