Nearly two decades of grime gone thanks to a much-needed bath. 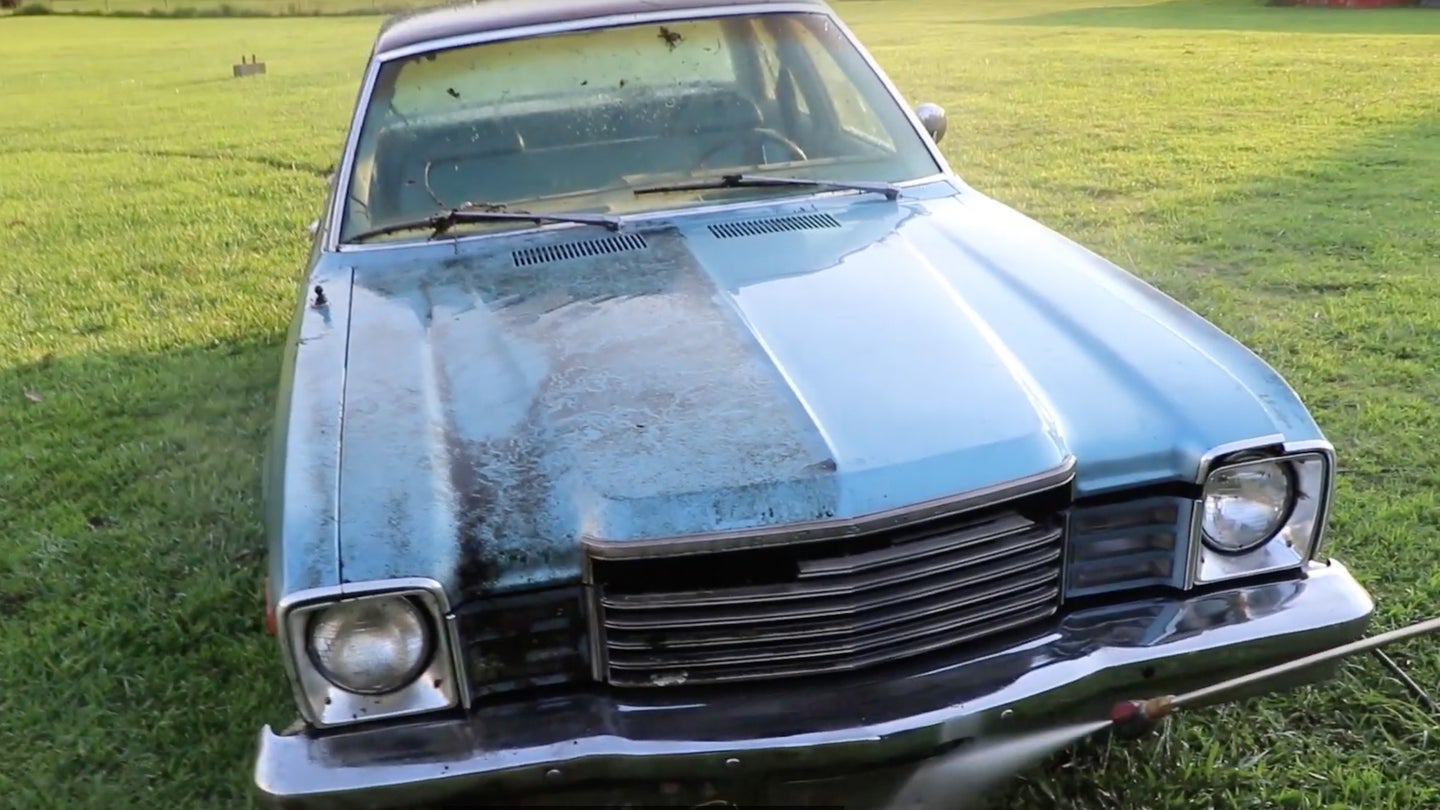 Few things are more satisfying than seeing a car so covered with dirt and grime come back to life after a slow and methodical date with a pressure washer (see r/pressurewashingporn on Reddit if you've got a few days to kill). YouTube personality Dylan McCool appears to know this because he spends the better part of half an hour thoroughly cleaning an old Dodge Aspen sedan in a recent video that'll have you relaxed and ready to tackle your work day.

He starts off by mentioning the car hasn’t been washed in at least 17 years, a statement that's backed up by the sad state of its paint. The 1979 Dodge Aspen appears to have been blue at some point in its life but has decayed into varying shades of brown, green, and actual rust over the years. The pressure wash job reveals that, despite the overall ratty condition of the car’s exterior, some parts appear to remain in decent shape. There’s still some chrome left on the bumpers and the original dealer sticker can even be found on the trunk lid.

McCool says his original plan was to drive the car as-is—mold, rust, and all, but that his fans pressured him into washing it. His channel is full of cars that are way farther gone than the Aspen, and several of them are treated to a similar deep-cleaning.

The pressure washing stunt works well for a YouTube video and there isn’t much risk in spraying away on a 40-year-old beater, but it’s generally not a great idea when cleaning a classic. The sharp blasts of water can peel away paint or destroy accents like pinstripes and decals. It can also damage the soft parts that help keep water out of your vehicle, such as weatherstripping.

If you’re dead set on pressure washing your vehicle, make sure to use a washer that can dial back the intensity, but remember the best way to clean any vehicle is with good old fashioned elbow grease.

Gaze in Horror at This GMC Acadia’s Disgusting Interior

Don’t look away. Let it shame you into cleaning your car.