She reportedly ran over a custodian in the process and is facing an attempted murder charge for the offense. 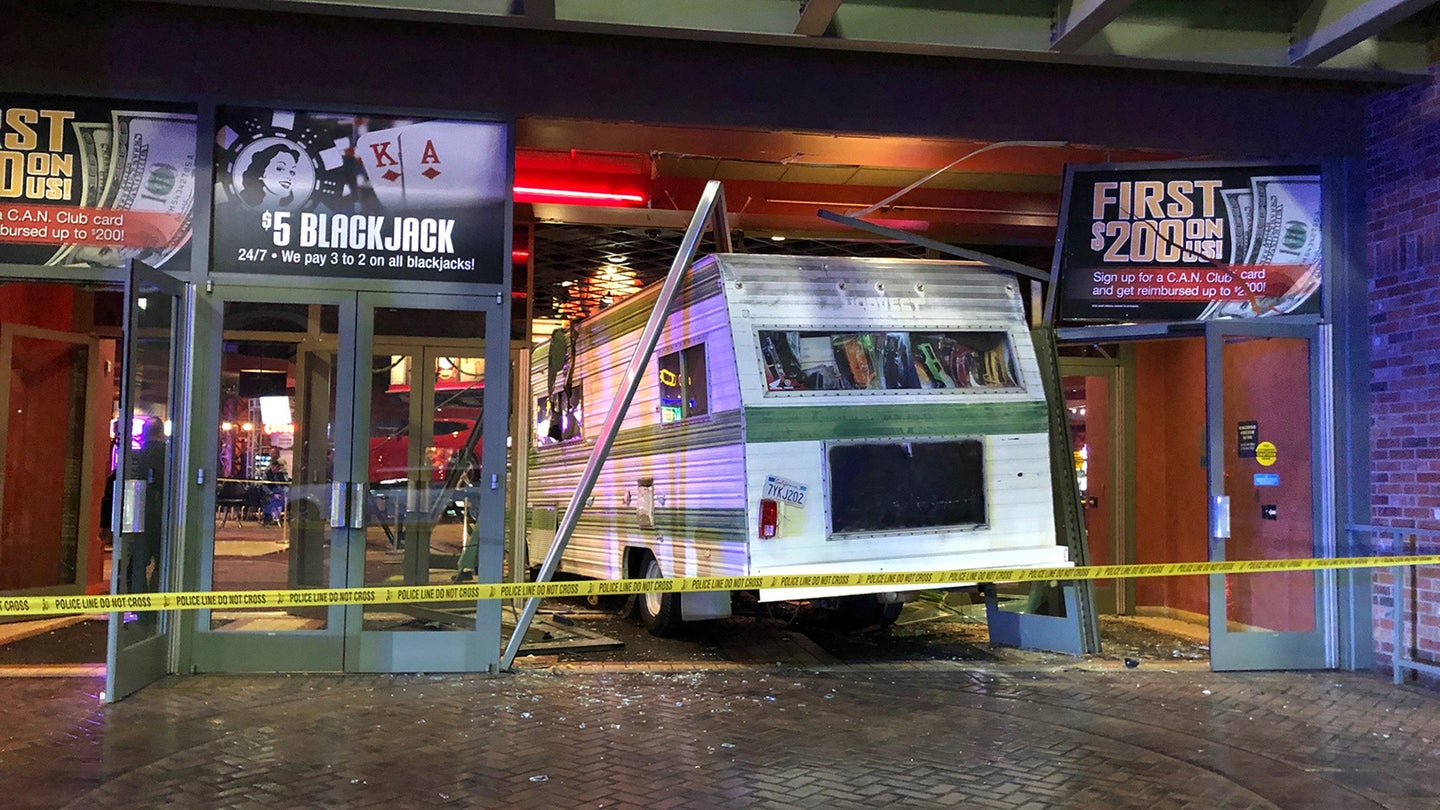 The entrance of a North Las Vegas casino is in shambles after a 50-year-old woman intentionally rammed her RV into the main doors of the building in retaliation.

Multiple reports explain that Jennifer Stitt drove her Winnebago through the front doors of the Cannery Casino early Friday morning after the building’s security forced her out. She was supposedly asked to leave for disorderly conduct, but refused. Her refusal resulted in her trespassing on the casino’s property.

Dissatisfied with how she was being treated, she then hopped into her RV and crashed it through the casino’s main entrance; in the process, she allegedly ran over and injured a 66-year-old custodian.

When the fiasco unfolded, authorities supposedly had to force their way onto the Winnebago as Stitt continued reversing and accelerating, all with the custodian pinned under the rubble. They were then able to remove Stitt and place her under arrest.

“He looked up and said, ‘you’re hitting me!” Eric Leavitt, a spokesperson for the North Las Vegas Police Department, told reporters during a press conference. “And she continued to accelerate at him, actually running him over. She knew fully well what she was doing.”

“A little bit farther and it would have been into the table games,” Leavitt continued. “And she kept gassing it.”

The custodian sustained critical injuries, though medical personnel claimed that he is recovering and expected to survive.

Police already on-site at the casino arrived to the scene to take Stitt into custody, where she’s being held at the Las Vegas Detention Center and facing an attempted murder charge. Her bail is set for $100,000.

The reason why Stitt was asked to leave was not disclosed and is currently under investigation.

Born to Park, or Why NYC Dwellers Love RVs

In the day we sweat it out on the streets of a runaway American dream. And then at night we park.