The Indiana State Trooper adequately titled his report: “A Police V8 Hemi can Catch a 2002 Acura.” 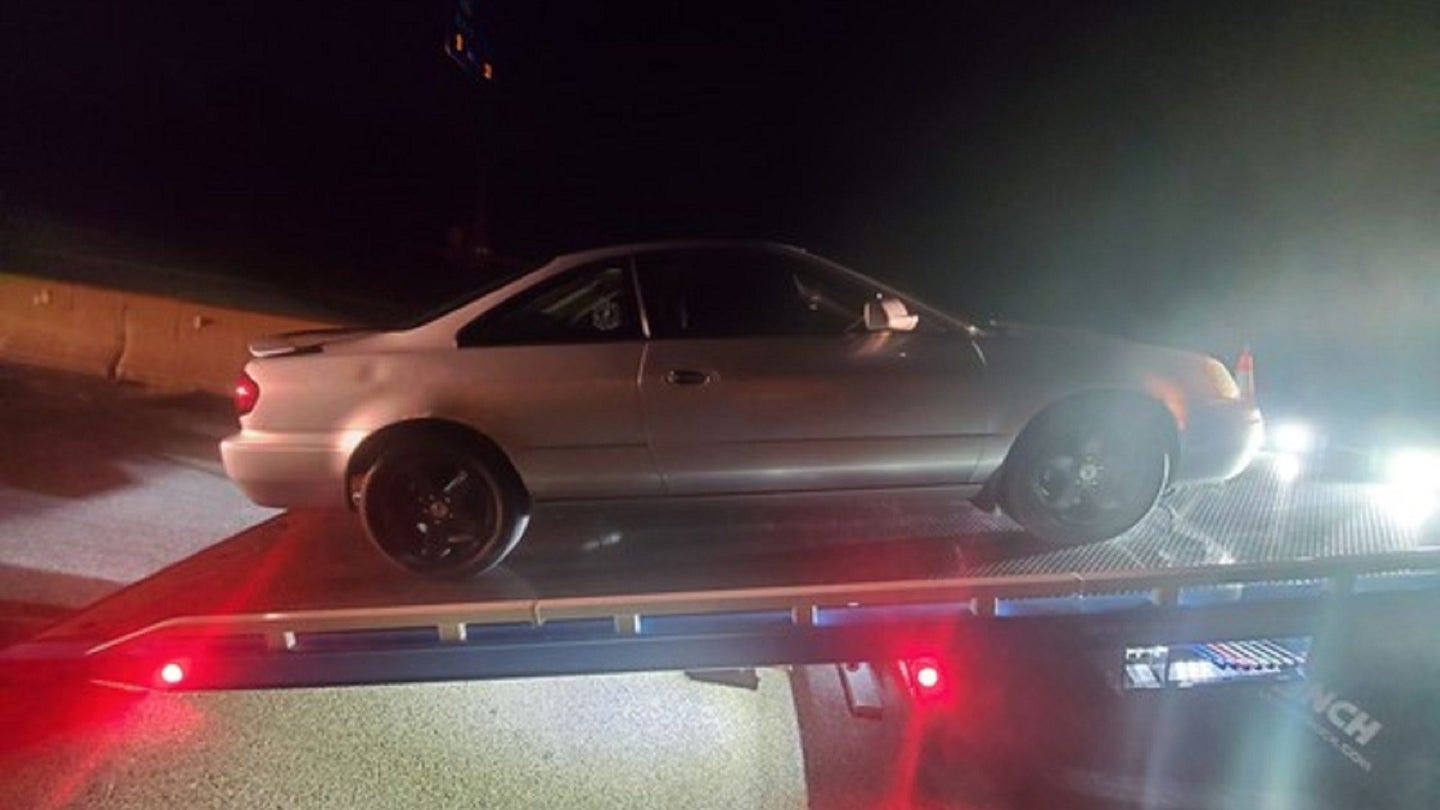 One Indiana driver is likely reevaluating his car's performance after a high-speed run-in with police didn't end how he expected.

According to Indiana State Police, it happened at around 2:30 a.m. early Thursday morning. Trooper William Carlson was sitting in his vehicle on the inner shoulder of I-80/94 when he clocked a 2002 Acura CL at 116 miles per hour. The speed limit on that particular stretch of Indiana highway is 55 mph. The officer gave chase and—to the speeder's astonishment—caught up to the Acura, which refused to pull over and led Carlson on a chase, weaving in and out of traffic dangerously and making passes on the outside shoulder twice. At times, the chase hit the life-threatening speed of 140 mph.

The two-door Acura was eventually stopped and its driver, 20-year-old Dino Lorenzo Gagliano from Dyer, Indiana, was taken into custody. Judging from the police report, Gagliano apparently thought officers wouldn't have the horsepower to keep up with the beast that is his Acura CL, telling authorities he thought police cruisers "had V6 engines and was surprised when Trooper Carlson was able to catch up so quickly."

For your reference, the rocket ship that was the 2002 Acura CL is powered by a 3.2-liter Honda J32 V6 making a savage 225 hp, or a catch-me-if-you-can 260 ponies in Type S guise. Indiana State Police cars, meanwhile, are equipped with modified Hemi V8s as evidenced by the department's decision to cheekily title this particular report, "A Police V8 Hemi can Catch a 2002 Acura."

Gagliano faces a handful of charges including felony resisting law enforcement, reckless driving, driving with a suspended license, speeding, unsafe lane movement, and failure to signal lane changes. We'd also like to charge the young Acura driver with gross vehicular ignorance and delusion but our lawyers are telling me that those aren't real crimes.