The last Type S to grace Acura’s lineup was the popular TL sedan, which was offered in 2007 and 2008. 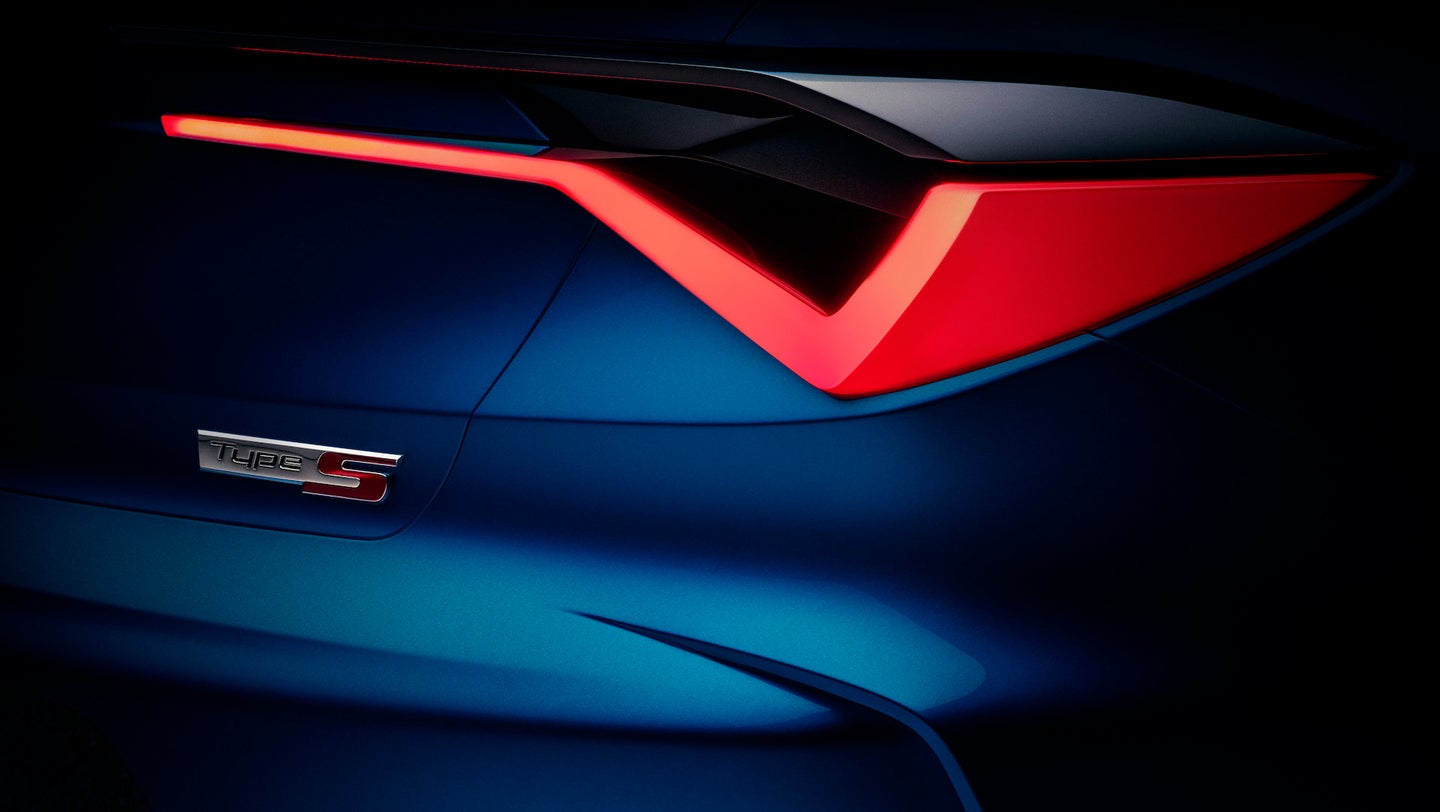 Acura is ushering in a new era of performance with its new Type S Concept, a performance-focused vehicle that promises to carry the Type S moniker that originally debuted with the Acura 3.2CL back in 2001. The Type S concept will be fully unveiled at a private world premiere on Thursday, August 15, before being on public display at The Quail and the historic Pebble Beach Concours d'Elegance Concept Lawn.

Although not much is shown in the photos and video released by Acura, it's easy to notice the concept's muscular rear arches, quad-exhaust pipes, and a modern take on the iconic Type S badge. According to Acura, the new Type S Concept demonstrates the design language that will adorn upcoming Type S performance variants in the automaker's lineup. Although these were not immediately mentioned in the official release, it does mention that "variants" (plural) will occupy the lineup "in the years ahead."

"The return of Type S is a pivotal moment for Acura, sending a powerful message that we are committed to fulfilling the Precision Crafted Performance brand promise across our lineup," said Jon Ikeda, vice president and Acura Brand Officer. "Building on the return of NSX, our renewed commitment to Acura Motorsports, the introduction of the third-generation RDX and new Acura design direction, the Type S Concept represents another significant step in creating a new era for the Acura brand."