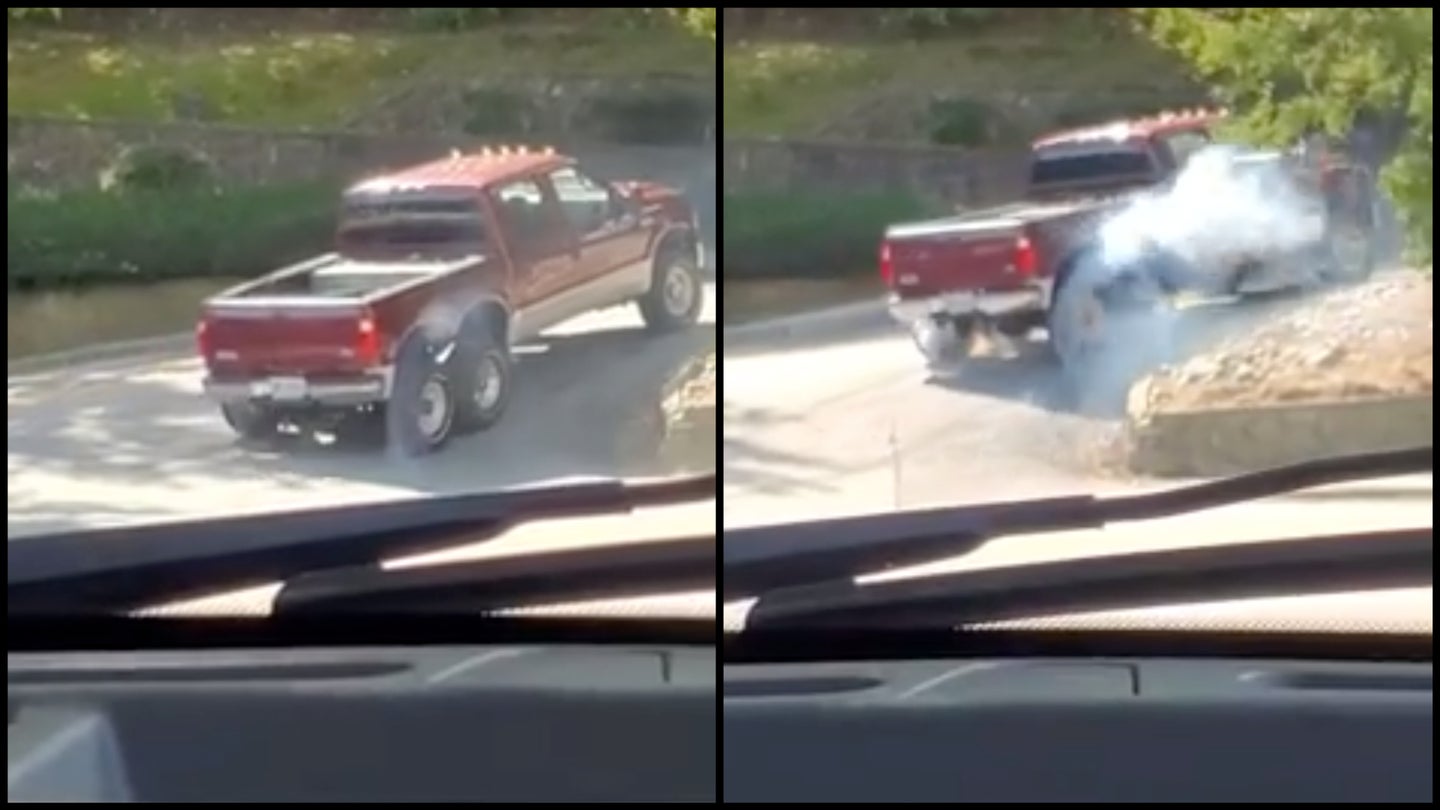 Six-wheeled pickups are a favorite of those who adore ego, excess, and eccentricity—in that order. While these mega-machine behemoths aren't always the worst use of a pickup, they're often more outlandish and brashthan they are useful. Take into account the factory 6x6 creations by Mercedes-AMG and, aside from that, not many builds actually gain capability with two extra wheels out back. Such is the case here, with a personal-built Ford Super Duty 6x6 that seems to have problems on-road, let alone off the pavement.

A viral video clip posted to Facebook shows the modified F-Series burning rubber while trying to make a sharp turn uphill, in town. Supposedly, the driver was bragging to Pat Phelps, who uploaded the footage to social media, about how the truck is "gnarly" and explained that he had just bought it.

There seem to be a few factors causing this embarrassing issue for the macho pickup owner, so let's break it down.

First, the tires fitted to the truck don't look to be all that grippy and, even though that shouldn't be an issue while driving on pavement, this Ford doesn't have the normal attributes of a stock pickup. With all its weight at the front, likely a 6.0-liter Powerstroke V8 diesel given the Super Duty's design, there's just not enough weight over the rear axle(s) to provide traction. So with a skewed weight balance, somewhat slick rear tires, and likely added power, this was a recipe for disaster that should've been avoided.

Although the owner of this "built" Ford may not be the most popular in normal social circles, he's at least the reason for plenty of laughs as there've been over 1.2 million views of his antics on Facebook alone.