The note said he was sorry he “hitted” the Ferrari. 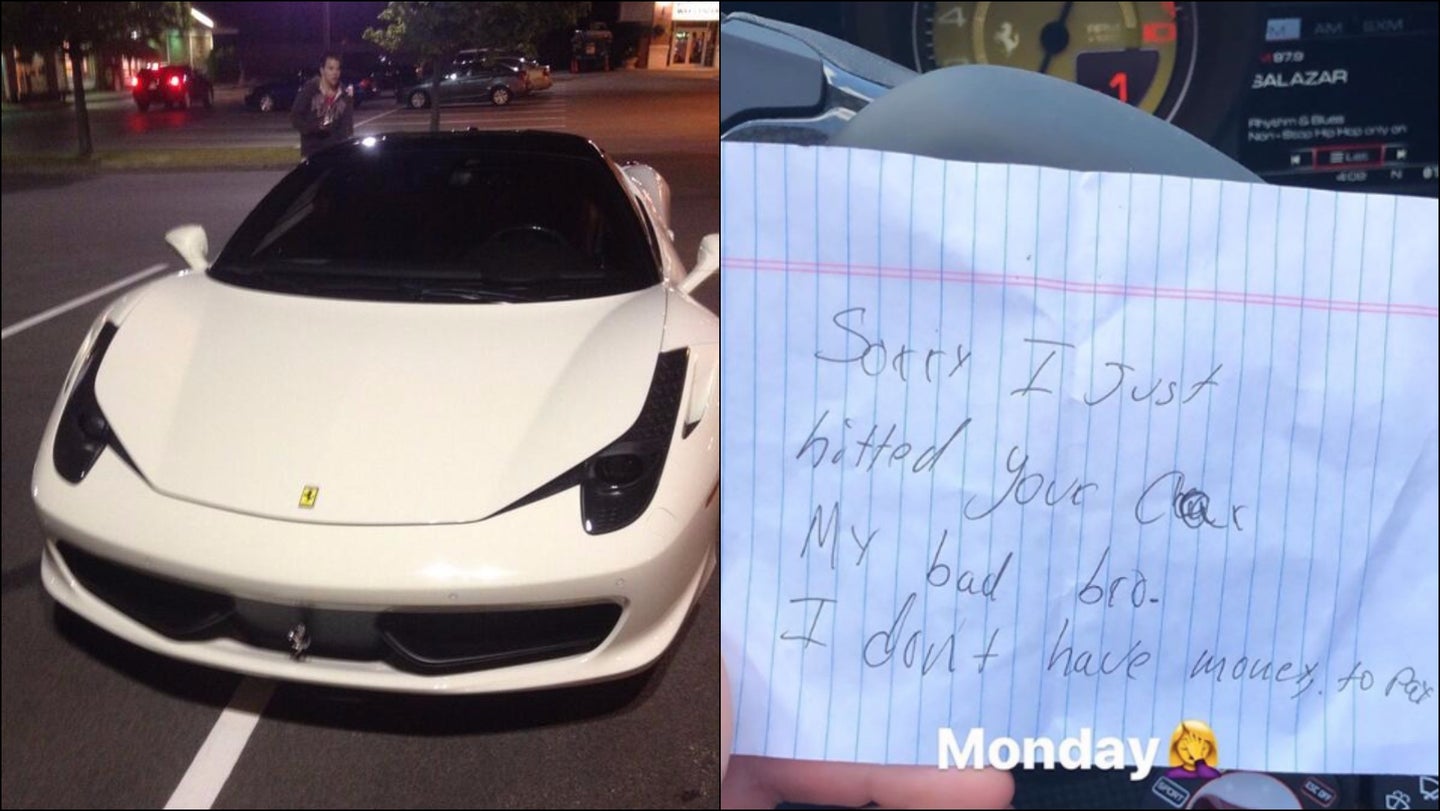 Dallas Stars alternate captain Tyler Seguin had a relatively rough start to the week after his Ferrari was damaged in a hit-and-run collision, according to Fox News. Instead of leaving a note containing contact and insurance information, the offending driver simply left a note saying "Sorry I just hitted your car. My bad bro. I don't have money to pay."

Look, we're not condoning abandoning the scene with just a hand-written apology after hitting a parked car, but if money's tight and the car you just hit costs twice as much as your house, we can empathize with this dude's actions.

In any case, judging from a fan's Tweet from 2014, Seguin appears to own a white 458 Italia with a blacked-out roof and not a Spider, as Fox News reports. The extent of the damage is unclear but considering the mid-engined supercar went for around $230,000 when it was new before options, any repairs to the body will most definitely be quite expensive as well.

However, Fox News reminds us that the Dallas centerman just signed an eight-year, $78.8 million contract extension last year. So while having the Ferrari in the shop for a bit might be a slight pain, it probably isn't gonna be too taxing on Seguin's piggy bank. Champagne problems, right?

Although given the kind of cash the five-time NHL All-Star is playing with, we wouldn't be surprised if the mishap ends in him replacing the 458 altogether with a newer model. That recently revealed F8 Tributo Spider looks mighty fine, doesn't it, Tyler?

And, on opening night, he’s got an easter egg for the other Corvette fanboys.