It was gifted to successful Nissan race driver John Morton during the annual Mitty event at Road Atlanta. 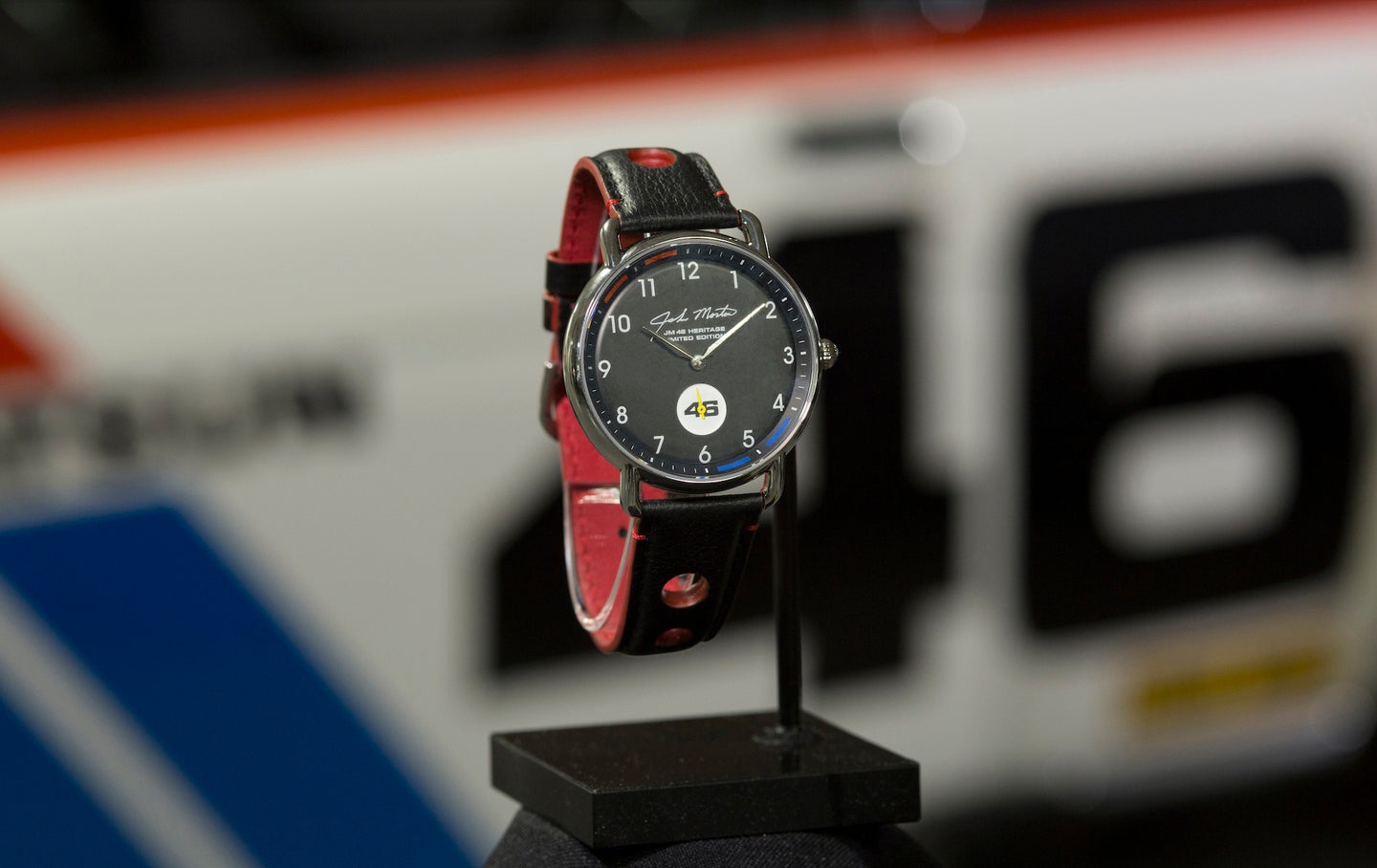 Nissan gifted racing legend John Morton with a one-off watch built from pieces of the race-winning Datsun 510 he drove to consecutive SCCA Trans-Am Championships in the early 1970s.

The watch was given to Morton during an event at the Historic Sportscar Racing Mitty, which was held at Road Atlanta on April 25. Not one to sit on the sidelines, Morton actually drove in the event, taking the wheel of a 1970 BRE Datsun 240Z—the 510 is on display (with a replacement chin spoiler) in Nissan’s Heritage Collection in Tennessee.

REC Watches was tapped to create the piece, which was made from parts of Morton’s 1971 Datsun BRE 510. The front chin spoiler was used to craft the watch, which also features yellow accents and Morton’s No. 41 signature on its face. Prior to landing on Morton’s wrist, the spoiler hung on an office wall at Nissan’s headquarters as a tribute to the company's racing heritage.

Morton was already a veteran racer by the time he scored big in SCCA competition. He'd won national championships the year before in a Datsun 240Z and had spent time driving a 427 Cobra for Shelby American Racing. Following wins with the Datsun/Nissan family at Sebring and Le Mans, Morton worked as a stunt driver for films like Gumball Rally and Greased Lightning before heading back to the track in the late 1970s.

REC’s watches are all built from bits of motoring and aviation history. The company’s current collection features watches made with pieces of salvaged Porsche 911s, Ford Mustangs, Mini Coopers, and Spitfire airplanes.