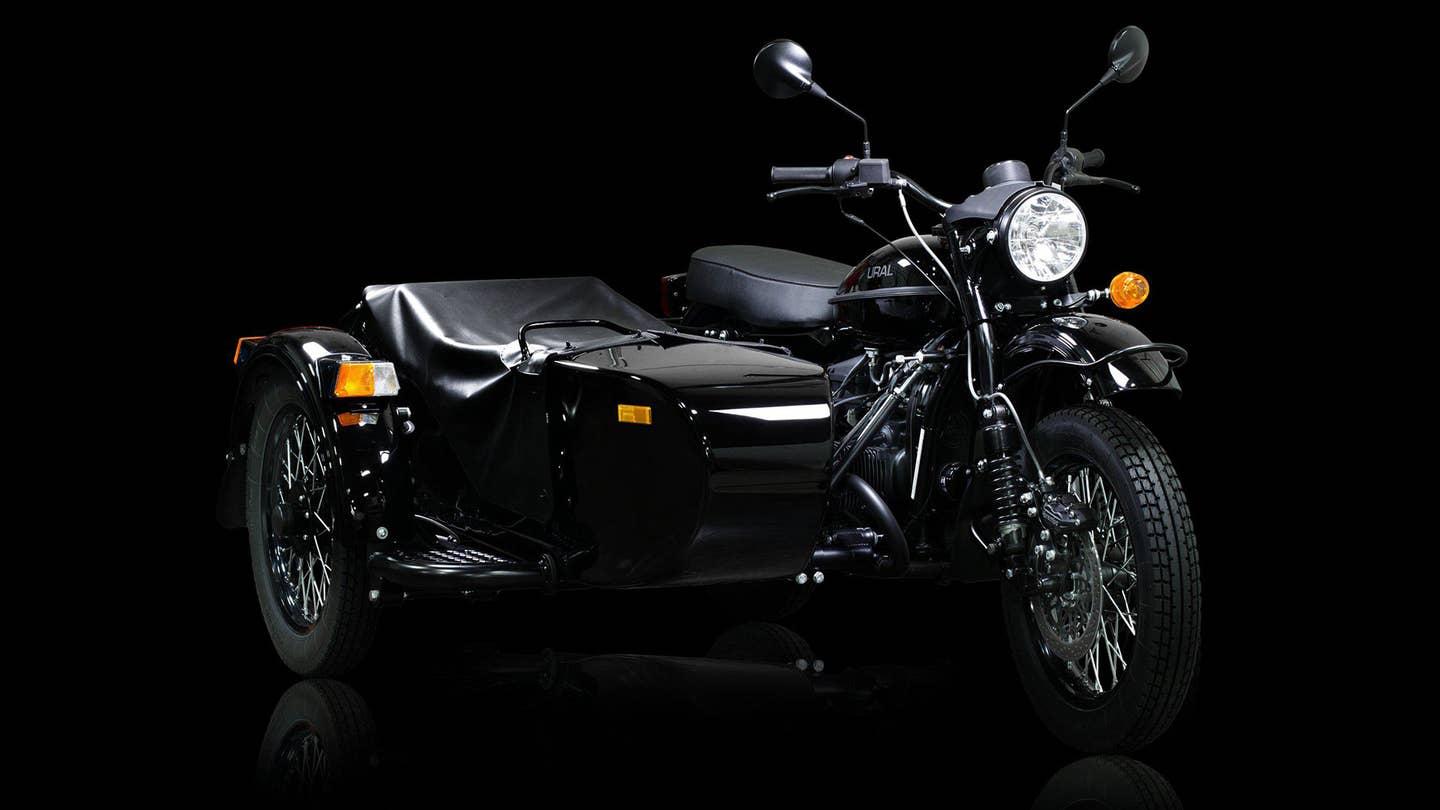 This Russian motorcycle maker’s homage to Star Wars is a peculiar blend of science fiction and the tough realities of post-Soviet manufacturing. A cynic might say the Ural Dark Force blends Han Solo’s good looks with Ewok technology. Leading-link forks and lightsabers? This has to be the first time those technologies have shared a press release. But forget cynicism. Look a little closer and you’ll see a murdered out limited edition sidecar with a few superfluous accessories. And there’s nothing wrong with that.

For the uninitiated, Ural sidecars are spectacular things. Reverse engineering the BMW R 71 in the Forties led to a bike sturdy enough stand up to the Russian army, and the original Urals were given the production nod by Stalin himself. They’ve been as Soviet and agricultural as you can make a motorcycle ever since. But despite a four-speed gearbox and a startlingly slow top speed, the blat of a 750cc flat twin makes the Ural enormously charismatic and charming. They are strange things, made to ascend giddy heights to stranger places.

The Ural Dark Force will join that grand tradition, and another. Every year Ural releases a special edition. This year it’ll cash in on the decades-long Star Wars frenzy. Last year it was an homage to the venerable Mir space station. Another miracle of Russian engineering. Different strokes for different folks.