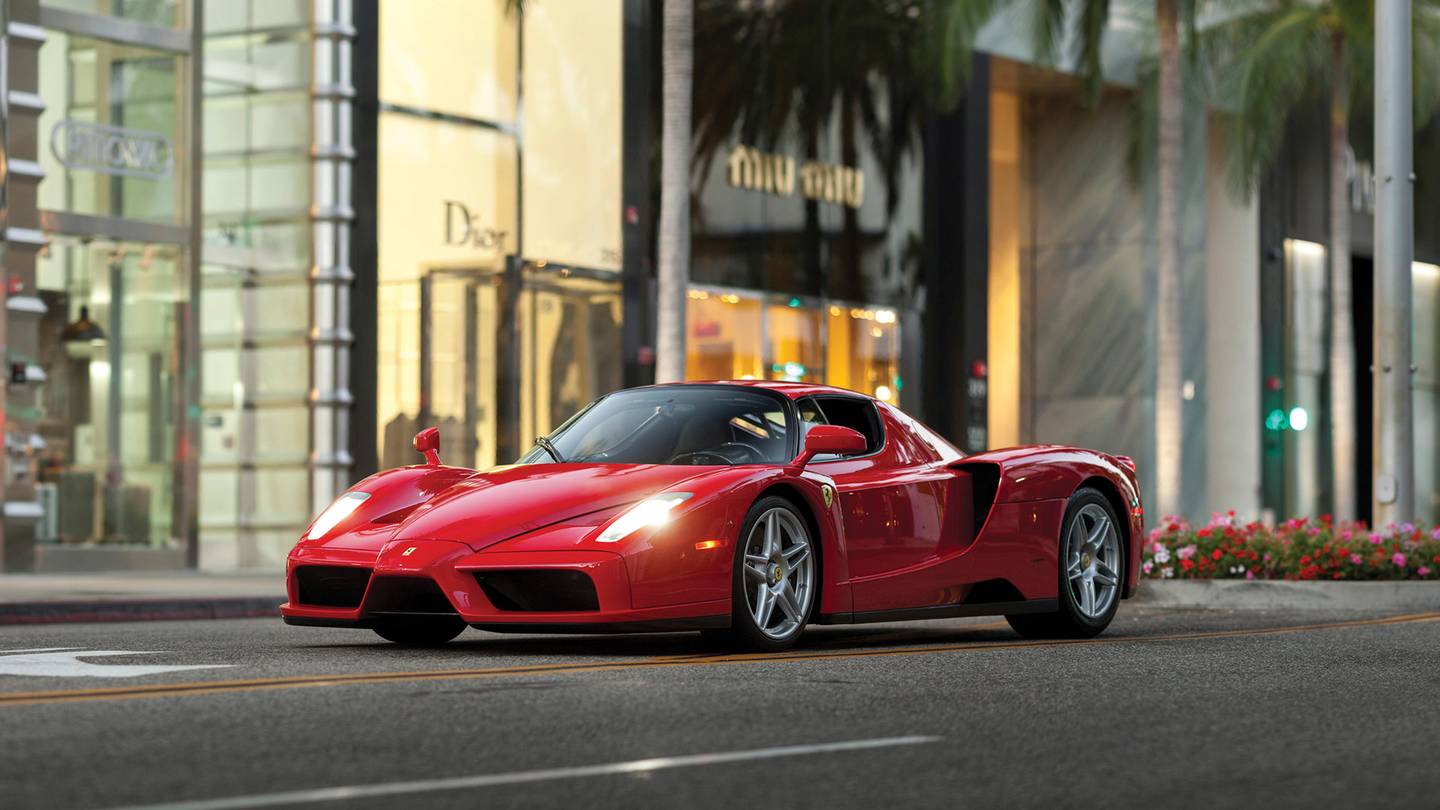 Car enthusiasts tend to gravitate towards anything mechanical, which is why it seems that well-heeled enthusiasts like watches so much. The tiny, complicated mechanisms of high-end timepieces, expertly designed, machined, and assembled by skilled artisans, fascinate 'most all gearheads.

The top-flight watch companies are aware of this, too, frequently sponsoring racing events in the form of timing and scoring. They also often offer watches inspired by various cars. In this case, TAG Heuer took inspiration from the Ferrari Enzo to create the movement in their Monaco V4 wristwatch, unveiled in 2004.

The movement, which uses tiny rubber belts to connect an equally tiny series of gears, is inspired by belt-driven timing systems in automotive engines. The gears were placed in a V formation, a design that evokes a high-performance car engine.

According to Robb Report, the then-new Ferrari Enzo was used as an inspiration to the design team in order to demonstrate how a company can pay tribute to their past without getting mired in nostalgia and falling behind the curve—and the competition.

According to TAG Heuer's Christoph Beiling, “It was the notion that if watchmaking wants to have a place in the future, then we cannot be making and designing sentimental reproductions. You can create things only for the time that you live in.”

Initially, this quote rubbed us the wrong way, but Beiling is right, in a way: you can't create something truly timeless by chasing the past. The belt-driven Monaco V4 started its life on the drawing table as a cutting-edge, highly precise design, and in doing so, became a classic in its own right.