The model, previously worn by race car drivers, will be exclusive and expensive. 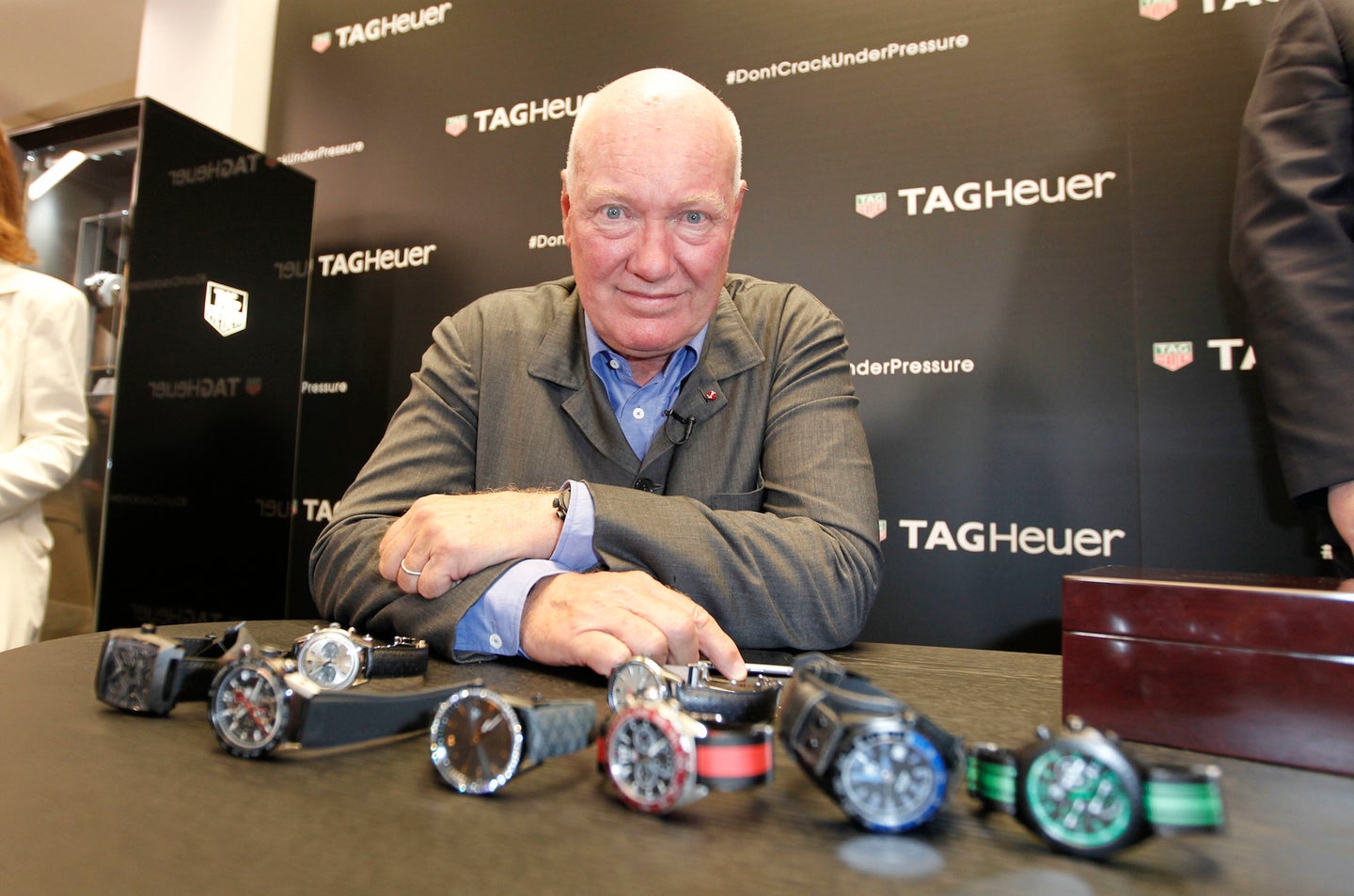 The TAG Heuer Autavia watch is a luxury model with a long a history and ties to the race car industry.

Company founder Edouard Heuer created the first stopwatch for race cars in 1933, and then created popular watch models like the Carrera, the Monza, and the Monaco.

The Autavia launched in the '60s when Jack Heuer became involved in the company. He named the stainless steel, dashboard-inspired model by appropriately combining the words automobile and aviation.

It quickly became a favorite of Swiss and Austrian race car drivers like Jochen Rindt, Clay Regazzoni, Joe Siffert, who sported it while racing during the '60s and '70s.  Siffert was such a brand advocate, he bought Heuer watches at wholesale price and sold them to his fellow racers. He is known for helping spread the word about the Autavia.

If you haven’t heard of this watch, it’s probably because it was discontinued in 1986, when TAG Group took over and Heuer became TAG Heuer.

Twenty-five years later, the Autavia has made an official comeback. TAG Heuer conducted a survey in 2016 called the “Autavia Cup,” which allowed 50,000 fans to vote on their favorite vintage Autavia model to be reproduced. The people chose the “Rindt” watch, which Jochen Rindt famously sported in 1966.

The design features a seven-row stainless steel bracelet, with a 42-millimeter dial, a black aluminum bezel, and an 80-hour battery life.

The new Autavia is exclusive and expensive. Only 1,932 of these models will be created—which is also the year Jack Heuer was born. Each watch retails for $5900 and is sure to be swept up by racing fans and watch buffs alike.

This Is the Classic Autavia Chronograph That TAG Heuer Will Reissue

The voting may have been rigged, but they still picked a classic