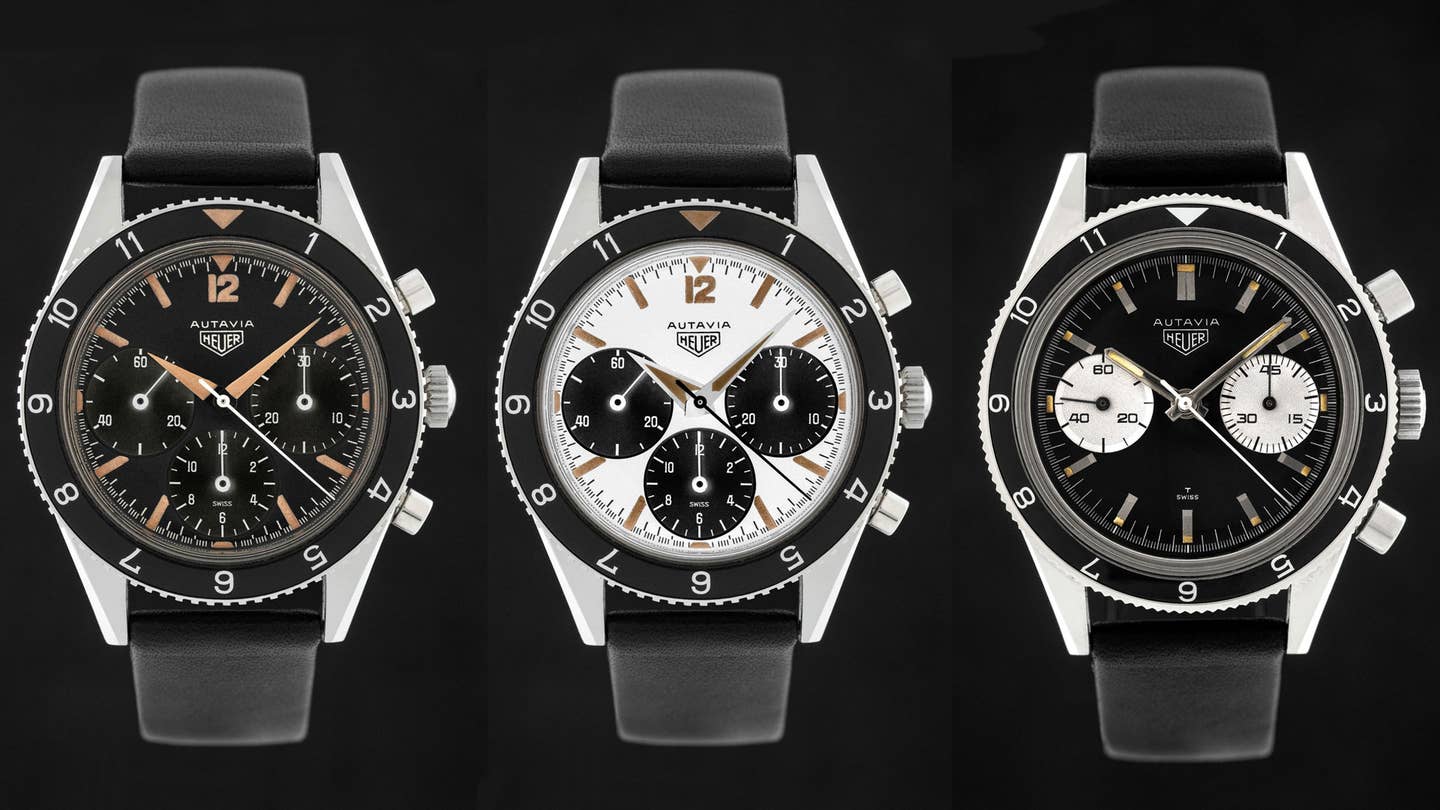 Of all the watch brands associated with racing, none might be more closely tied than TAG Heuer.

They’ve been in and out of Formula 1 sponsorship since the golden days of the 1960s, and Heuer was the watch worn to the track by everyone from Phil Hill to Bruce McLaren, Mario Andretti, and Gilles Villeneuve. (TAG group acquired Heuer in the mid-1980s, forming TAG Heuer.) The giants of the sport often wore one particular model: The Heuer Autavia. The name was itself a tribute when the wristwatch was created in 1962, since Autavias were originally stopwatches marketed for competitors in automotive and aviation circles. The name, then, is a “portmanteau” merging two terms into one: aut, for the automobile, and avia, for aviation.

There various models of Autavia wristwatches, largely chronographs, up until the early 1980s when TAG ended the series.

But in 2017 you’ll be able to buy a new one, likely for a reasonabe price (for a Swiss-made watch, anyway) of around $2,500. Vintage Autavia’s have fetched upwards of $30,000, so if that’s out of your league a re-issue is very good news indeed. Note that, like the originals, the redux will likely have a screwed-back case, a moving bezel, possibly luminescent indicators, and manual wind.

But the cosmetics? Those are up to you. Yes, you get a vote in the ultimate design. There are 16 choices overall, of which 12 evoke the originals and four are completely new designs. The voting begins now and runs in two rounds. The first round ends March 31st, at which point there’s a cut-down; the next round of voting will run from April 1-14th to determine four finalists. On April 18th, TAG Heuer’s internal Products Committee, led by Jean-Claude Biver, CEO of TAG Heuer, will reveal the winning watch. That timepiece will debut 11 months later, at Baselworld in 2017. Start voting at http://www.autaviacup.com

If you just can’t wait that long you’ll be happy to know that TAG Hueur also just re-issued another racing-related timepiece, the Monza, on it’s 40th anniversary. We're spoiled for choice.