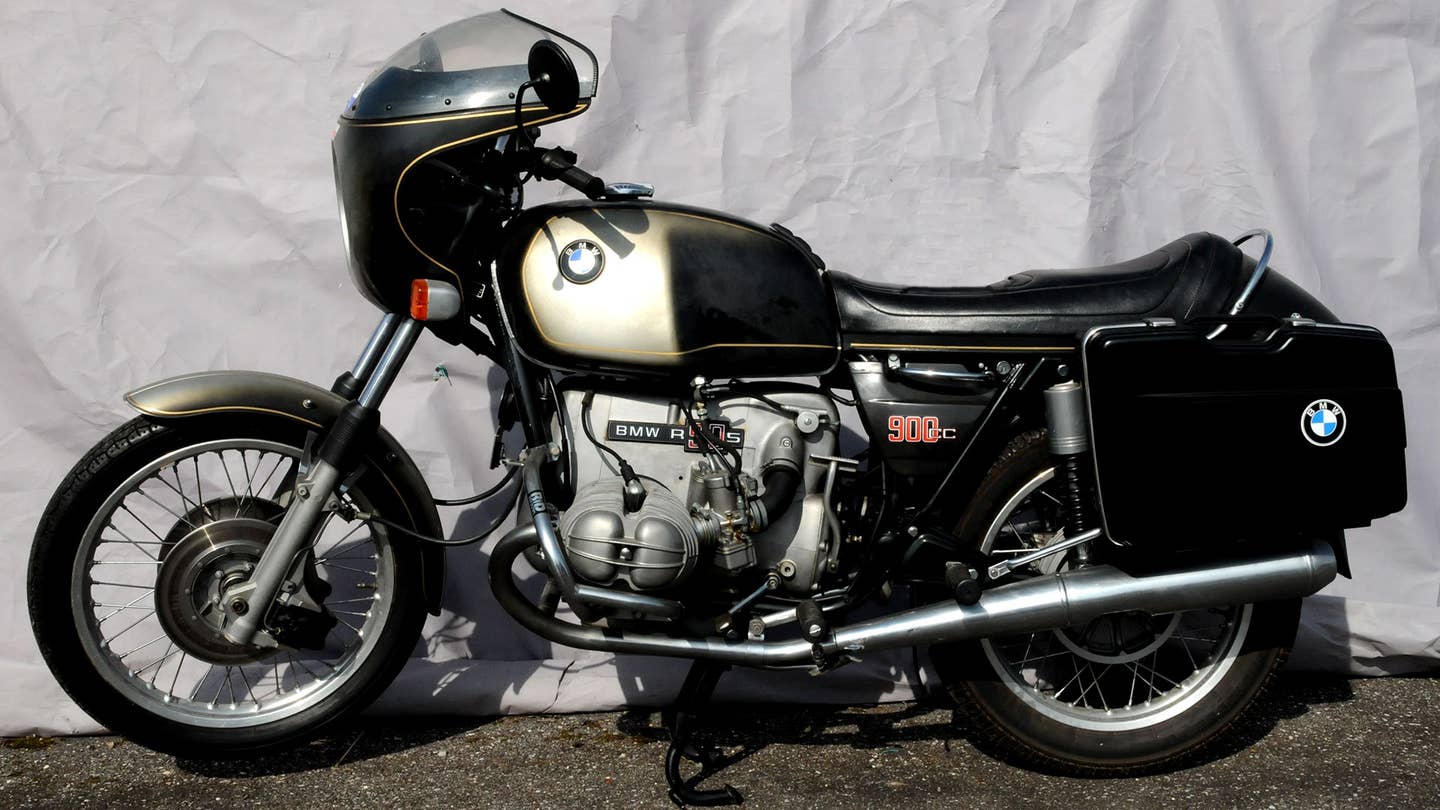 Over the last 93 years, BMW has built an astonishing variety of interesting motorcycles, starting with their original R32. The boxer twin design proved so successful that they used variations on the that architecture for the next 46 years, and still have the aircooled boxer R Nine T in the lineup today. So any BMW up until about 10 years ago is going to have a strong family resemblance to almost every other BMW bike, especially through the Sixties, when they were all basically black with white trim.

French auction house Cappelaere-Prunaux is bringing three dozen BMW (and Czech JAWA) bikes to a Dirty Old Bikes (OK, Motos Anciennes) sale on April 16 in Fains-Véel, France, about 120 miles due east of Paris. Without looking into any particular bike's history, reliability or desirability (what little I know about vintage motorcycles is largely confined to Harleys), I chose seven based largely on just how freakin' cool they look.

It's a big 800cc twin... on snowflake wheels! Just like the Bandit Trans Am! And it's an ex-cop bike! That pretty much ticks every car guy bike box at once.

The auction has about a half-dozen variations on this theme, all more-or-less identical (burn me as a heathen later). This 750cc twin stands out with that high-mounted headlamp and great pipes.

Something is so perfectly Eighties about this 650cc cafe racer, with its red over white wheels. It's gawky and comfortable and plasticky looking all at once.

Here's one of those variations on that earlier vintage and nearly identical theme, but in a much smaller 400cc single. I know they're really, really rare, and look like an absolute hoot to go thumping around on. The striping is amazing.

The K100 was a turning point for BMW: Their first inline four, their first watercooled engine. I knew none of that before I added it to this list, because you really only need to look at it to want it.

This must have been a tough-looking bike in 1973. A 900cc Hans Muth designed backroads bomber. With those hard bags it screams "cop bike" to me, but the R90S is best known for its dominance at Daytona in 1976. This bike is also properly used, the paint has been sanded off by the miles, it has stickers on it and is leaking gas. Perfect.

You know what else ticks a collector's boxes? Serial no 1. The R69S was the hot BMW in the Sixties, boasting a high-compression 600cc twin. This one is the first off the line and has a Meier big tank. That, and a little patina means it's a bike to ride every day.