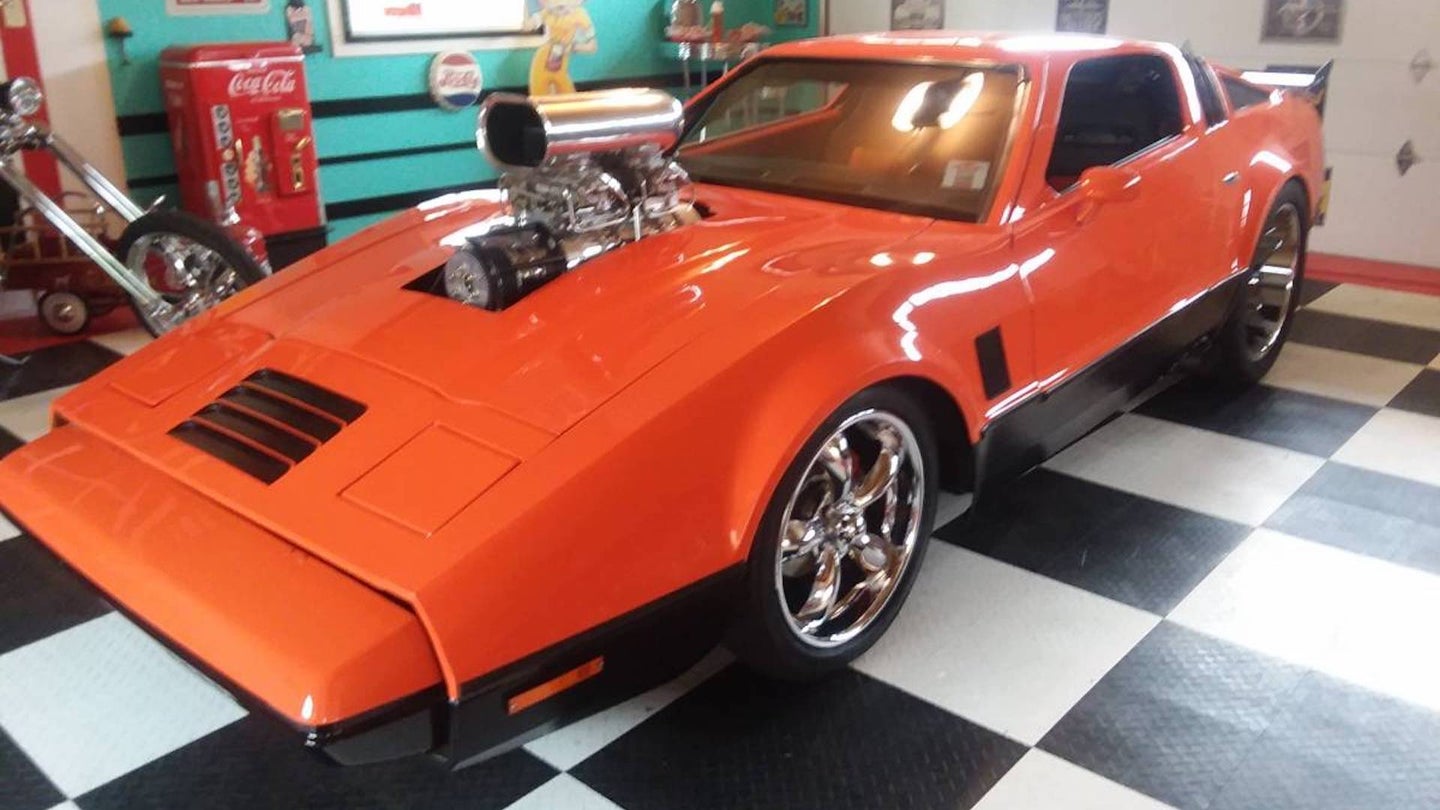 A rare Bricklin SV-1 sports car has just surfaced for sale in Colorado, sporting a major modification that fixes the Bricklin's biggest flaw: horsepower. But before we talk about that, a brief history lesson on this obscure Canadian car is in order.

The Bricklin SV-1 ("SV" standing for "safety vehicle") was a sports car built in small numbers (2,906 total, according to a fan site) between 1974 and 1975, as the brainchild of eccentric entrepreneur Malcolm Bricklin. Mister Bricklin is known in the American automotive world for founding Subaru of America in 1968 at the age of 29, importing and marketing both the Fiat X1/9 and the Yugo, and of course, for the SV-1, which started out as an ambition to sell a small, safe sports car with gullwing doors.

One thing happened, then another, and by the time the SV-1 reached the market, it was no longer the sprightly little car Bricklin had imagined. Despite an acrylic-fiberglass body, the SV-1 weighed over 3,500 pounds, thanks in part to hydraulic gullwing doors that weighed 90 pounds each, and the mix of emissions-choked AMC 360 and Ford 351 V8 engines weren't adequate to make up the difference.

But for all its shortcomings, the SV-1 managed to be one of the 1970s' best-looking cars, and it was as safe as its name would imply. It had 5 mph impact-resistant front and rear bumpers, and a full roll structure that would have kept occupants safe. It even featured pop-up headlights over which we swoon today, and at least a few people were so enthralled that they wrote (and performed) a funk musical in its honor.

One Colorado-based owner has seen fit to strip the car of its wheezing, malaise-era V8, and fit a General Motors-sourced 8.1-liter unit, complete with a supercharger, and everything else needed downstream to handle that amount of power. Made into a (street-able) drag car, complete with a wheelie bar, the SV-1 shown here is touted by its craigslist listing as the world's fastest Bricklin. With an advertised 840 horsepower and Mickey Thompson drag tires, we're not about to doubt that claim.

For this practically hypercar-quick Bricklin, they're asking $45,000. SV-1s can be had for less money, on the rare occasion that the few remaining examples change hands, but it's probably fair to guess there are no Bricklins faster than this one. If you'd prefer to enjoy your Bricklin worship from afar, you can watch a documentary on the vehicle's history below.