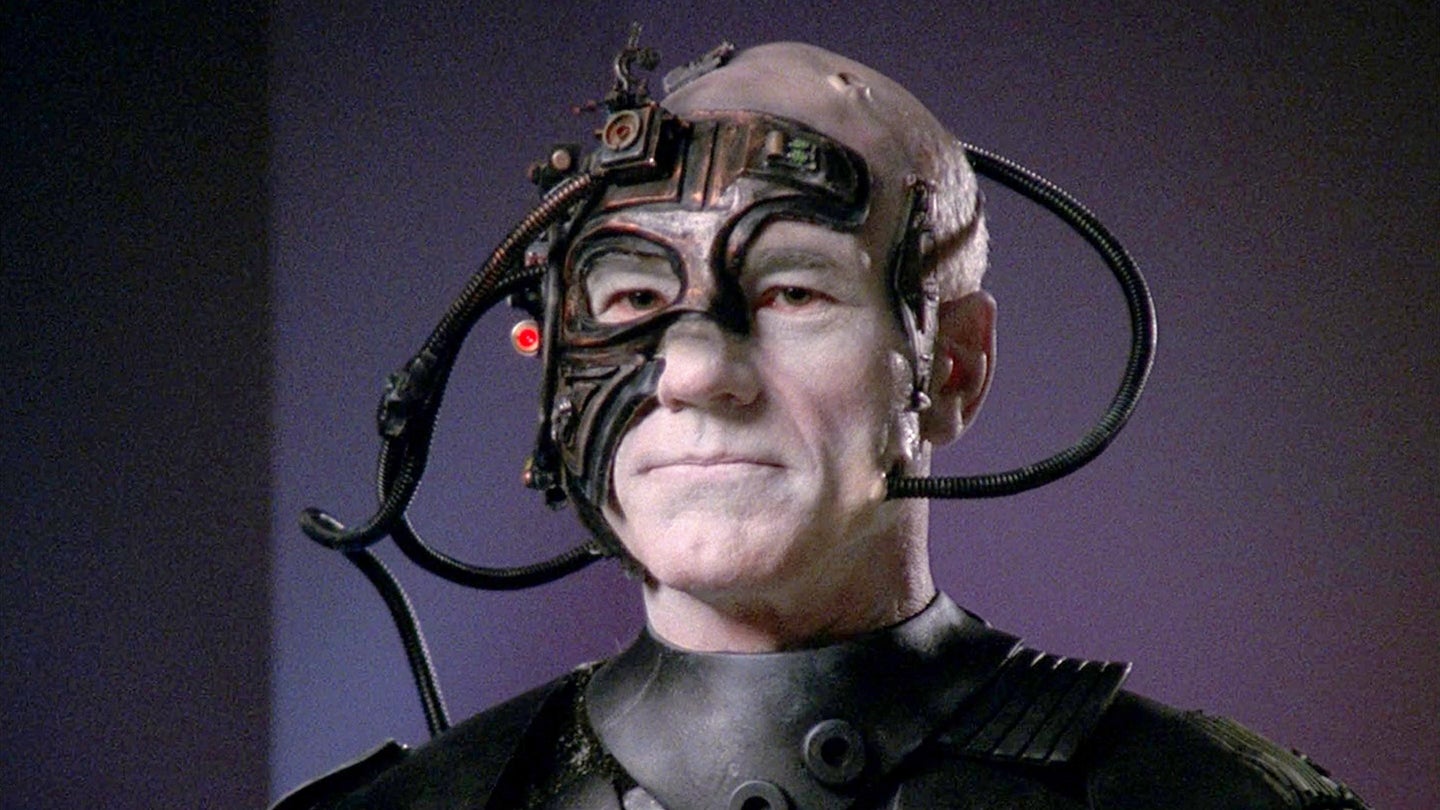 Canadian Star Trek fan Nick Troller has had his vanity plate revoked by Manitoba Public Insurance (MPI) on grounds that it is “obviously inappropriate” and was issued due to a “serious lack of judgment” on the part of the people who approved it, CBR reports. The license plate reads “ASIMIL8,” which was flanked by a license plate frame that reads “We are the Borg” and “Resistance is futile.”

For you normal people who aren’t into Star Trek, the Borg are a race of cyborgs first introduced in 1989's Star Trek: The Next Generation. The Borg are bent on assimilating all intelligent life it encounters into the hive mind called “The Collective.” The Borg have appeared in several Star Trek series, films, and video games, and are famous for their monotonous threats such as “resistance is futile” and “you will be assimilated.”

But MPI is not amused. Apparently, the word “assimilate” has a particularly negative connotation in Canada. There have been some controversial policies in Canadian history that have been accused of forcibly assimilating Indigenous peoples into modern Canadian society at the expense of their own culture. When a Canadian reads a license plate that says “ASIMIL8,” MPI argues that it could be perceived as offensive to Indigenous peoples.

In this case, however, it simply sounds like a Star Trek fanboy who is really into the Borg expressing his fandom through his license plate. We’ve heard plenty of cases of questionable vanity plates being issued in the States, but it’s hard to view this one as offensive especially considering the license plate frame providing context.

Troller is bringing a legal challenge to MPI in hopes that he can keep his nerdy license plate. Time will tell if he gets to keep it or if resistance is, indeed, futile.