That’s one pre-teen shy of an extended-wheelbase Escalade with AWD.

Because they need to lug around hefty batteries, electric vehicles are often significantly heavier than their internal combustion counterparts. The GMC Hummer EV, for example, weighs in at a frankly ridiculous 9,063 pounds, with almost 3,000 of that attributed to the battery alone—roughly the same weight as an entire 2023 Acura Integra. Cadillac's upcoming Lyriq EV, meanwhile, may not be quite as bulky as that Hummer but will still be a certified chonk.

As first reported by GM Authority and confirmed by Cadillac to The Drive, the 2023 Lyriq and its 100-kilowatt-hour battery will be heavier than the standard-length Escalade, weighing in at 5,688 pounds for the single-motor rear-wheel-drive model and 5,915 pounds when you add in a front motor for all-wheel drive. That makes it heavier than the RWD and AWD non-ESV versions of Caddy's flagship SUV by 53 and 92 pounds, respectively. The Lyriq is, however, lighter than the equivalent extended-length Escalade ESVs. This is all despite the fact that the Lyriq is closest to the mid-size XT6 when it comes to its physical footprint. For reference, that gas-powered XT6 weighs just 4,690 pounds in its heaviest AWD configuration.

Comparing the Lyriq to similar EVs from other automakers, it's still quite heavy. The dual-motor BMW iX xDrive50, for example, weighs 5,659 pounds—256 pounds less than the AWD Lyriq and 29 pounds lighter still than the single-motor Lyriq. Tesla's Model X, meanwhile, is lighter than all of those, coming in at 5,185 pounds for the standard model and 5,390 pounds for the Plaid.

However, the Lyriq joins the Audi E-Tron and the higher-performing BMW iX M60i in the chonky electric luxury SUV club, with those EVs weighing in at 5,765 and 5,769 pounds, respectively. Here's the breakdown, from heaviest to lightest:

For reference, the base rear-drive Lyriq will be good for an EPA-estimated range of 312 miles while producing 340 horsepower and 325 pound-feet of torque. Initial deliveries for that one are expected to begin this fall and the vehicle starts at $62,990. Add just $2,000 and be willing to wait until at least early 2023 and you can get into the 500-hp, AWD Lyriq. Range and torque figures for that one are currently pending.

Got a tip or question for the author about the Lyriq? You can reach him here: chris.tsui@thedrive.com 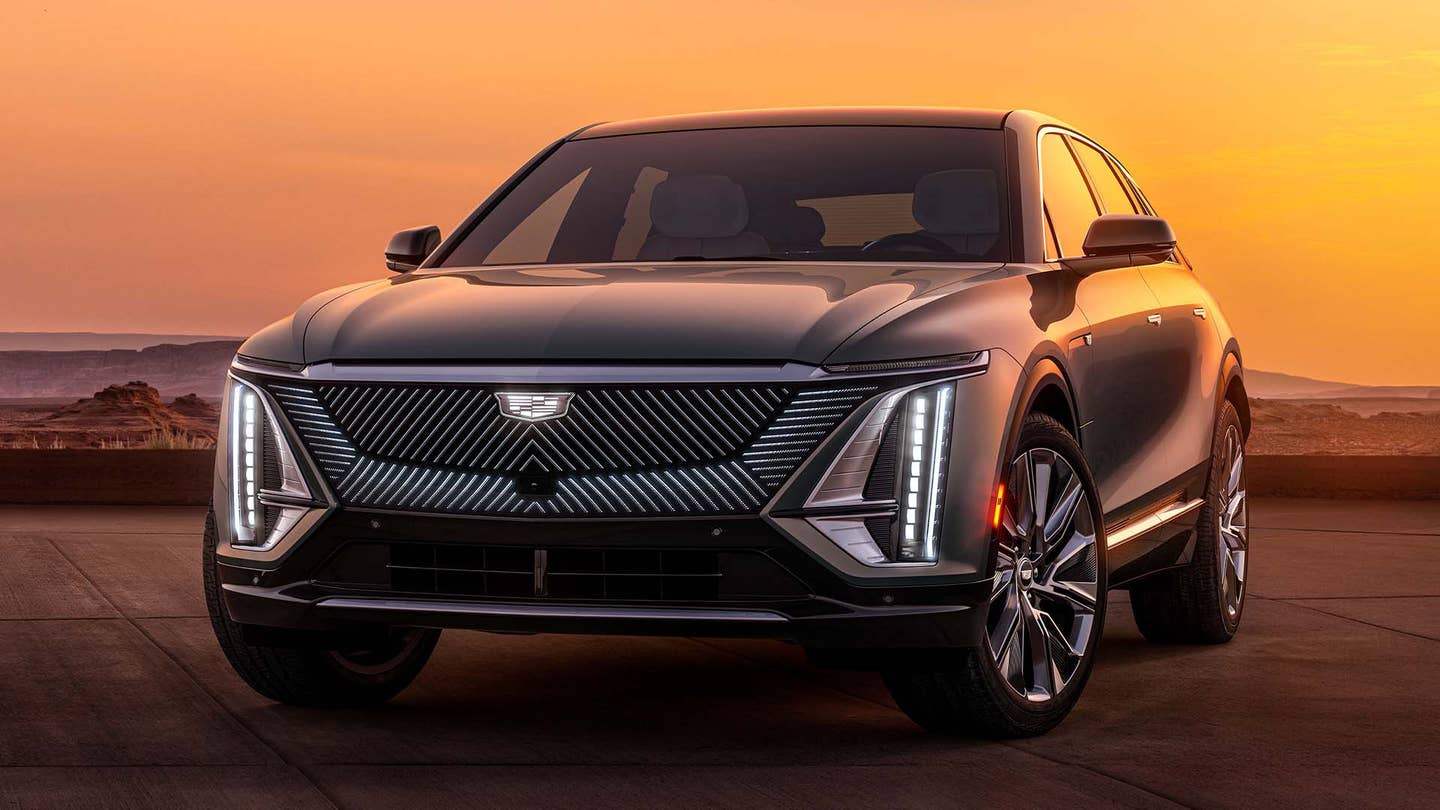 The electric Lyriq crossover is more popular with Gen X and Y than Boomers. 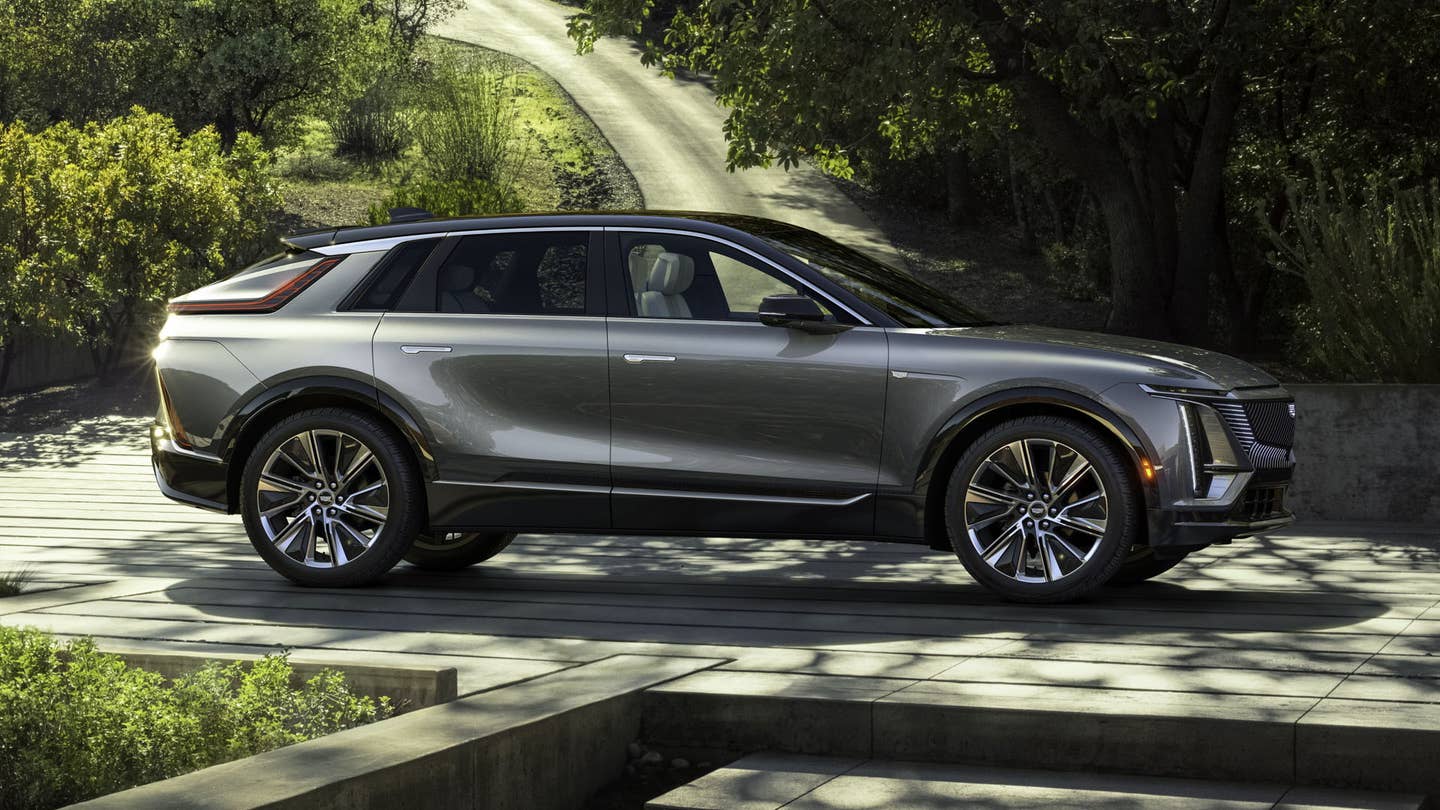 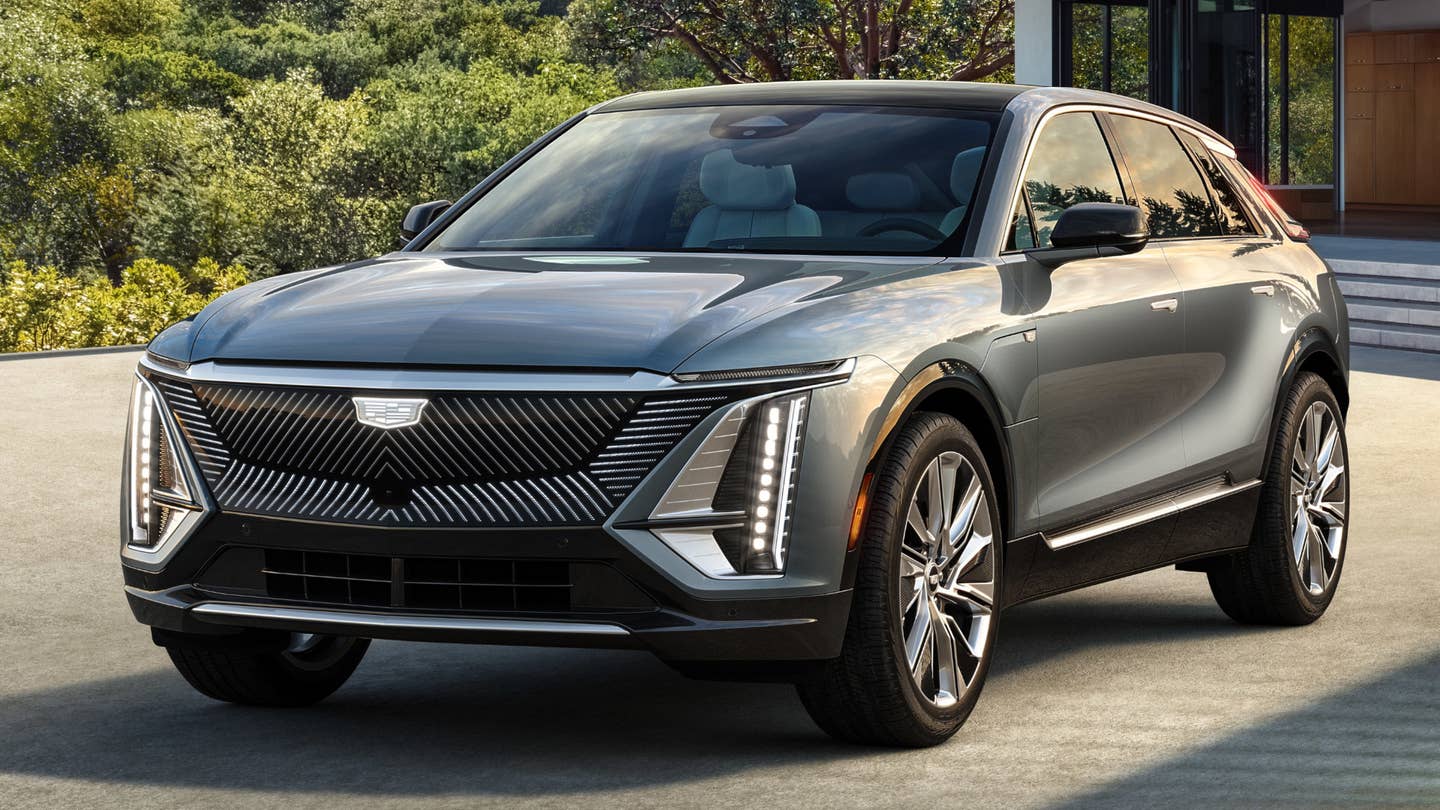