There’s not another SUV that can do zero to 145 mph in under 10 seconds. 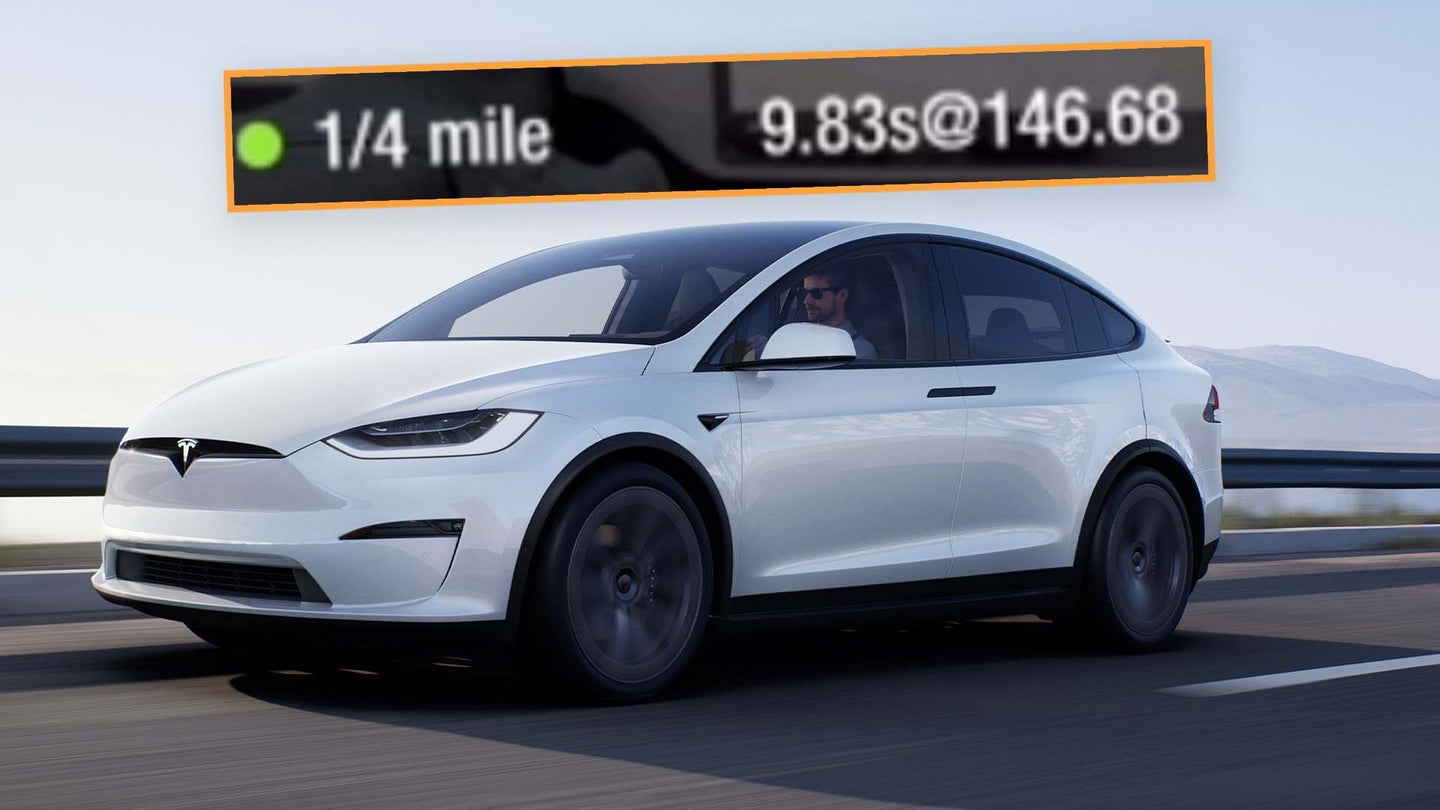 Tesla and fulfilled promises don't always go hand-in-hand. That said, one of the areas where Tesla consistently meets expectations is acceleration, which its top-performing EVs have always done with the best of 'em. In the case of the 2022 Tesla Model X Plaid, it can run a quarter-mile in the same neighborhood as the multimillion-dollar Bugatti Chiron despite having a third row of seats. This is proven by a video of an instrumented test shared on Instagram by @dragtimescom.

Sourced from @completestreet, the video shows a Model X Plaid launching with a Dragy GPS speedometer on board to measure its performance. Dumping out 1,020 horsepower and 1,050 pound-feet of torque (assuming identical torque output to the Model S Plaid), the Model X falls slightly short of Tesla's rated zero-to-60 time, inauspiciously achieving 2.74 seconds to Tesla's claimed 2.5. It picks up the pace from there, completing the eighth-mile in 6.48 seconds at 116 mph and finishing the quarter in 9.83 at almost 147. The driver keeps their foot in it and reaches 151 before the video cuts off.

The video shows that not only is the Model X Plaid as quick as advertised (the zero-to-60 caveat aside), it's also head-and-shoulders above any other production SUV ever. A Lamborghini Urus, for example, runs the quarter-mile in 11.3 seconds as tested by Car & Driver, the Dodge Durango SRT Hellcat in 11.5, and the Jeep Grand Cherokee Trackhawk in 11.6.

Whether any SUV should be that fast is another question entirely, as while the Model X isn't the heaviest among them, it still weighs over 5,500 pounds with a driver in it. That's nearly three tons, which in this video's case barreled down a public road at over 150 mph. If you can afford a more than $126,000 SUV, you can surely afford to run your tests on a drag strip, rather than alongside people who haven't consented to take part in a reckless test in which failure could implicate them.

Some feel compelled to defend the indefensible.