The 47-year-old motorcyclist had gone into cardiac arrest after being involved in a horrific highway crash. 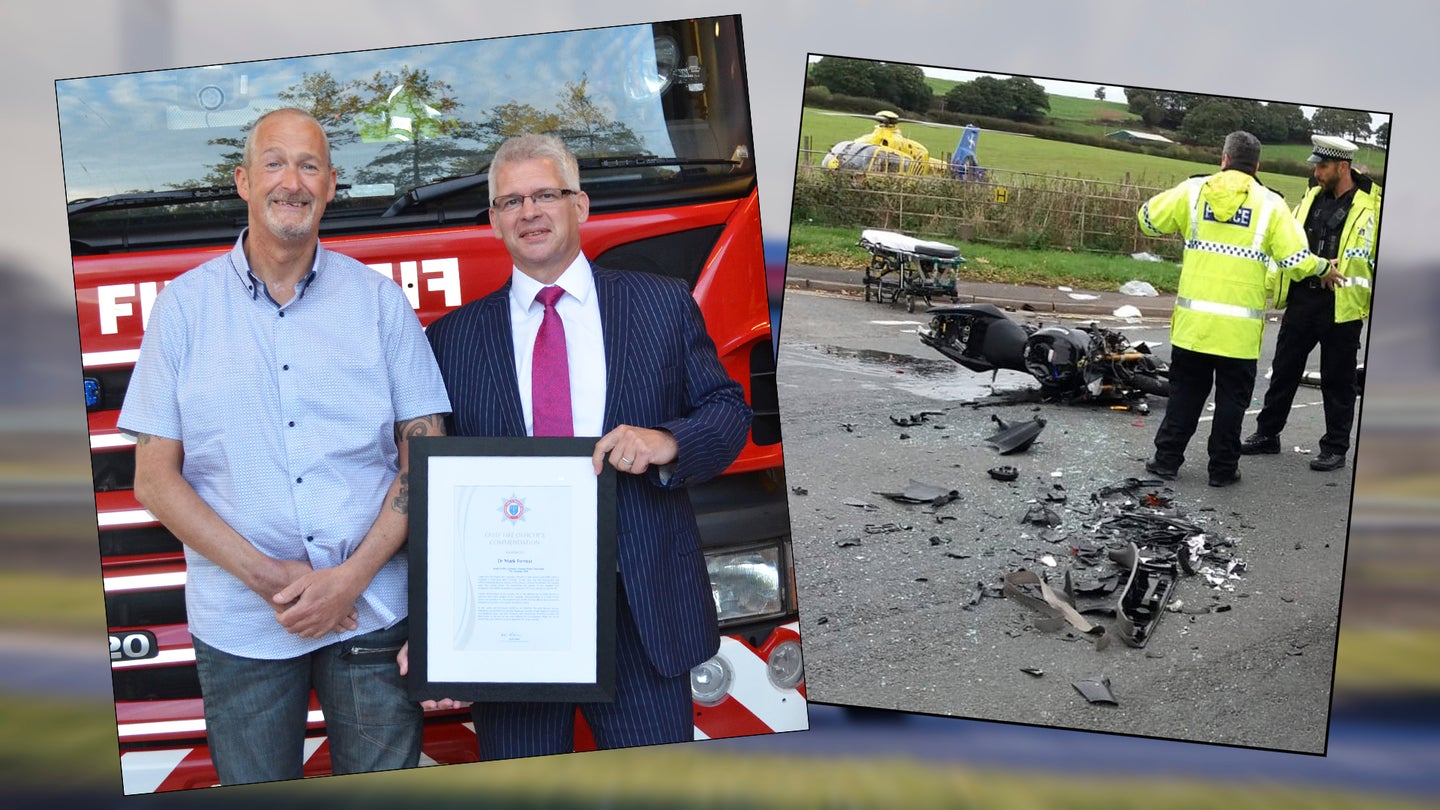 A doctor is being heralded as a hero in Cheshire, U.K. after performing open-heart surgery on the side of the road, successfully saving the life of a motorcyclist. Because of the efforts of Dr. Mark Forrest, 47-year-old John O’Brien was able to survive his ordeal and walk his daughter down the church aisle on her big wedding day less than a year later.

In October of 2018, O’Brien was involved in an accident in Delamere while riding his motorcycle. O’Brien reportedly entered cardiac arrest just as he was being loaded into the air ambulance with initial resuscitation efforts proving ineffective. That’s when Dr. Forrest stepped in to open O’Brien’s chest to try and get his heart restarted and address the internal bleeding, all while in the middle of the road.

Within a few minutes, Dr. Forrest was able to restart O’Brien’s heart, which is when he was really quickly sewn back up and loaded into the air-transport and flown to the Major Trauma Centre at Aintree, in Liverpool. There, O’Brien received further emergency care.

“I arrived at the scene and was managing another casualty when I noticed that the team were trying to resuscitate John, who had gone into cardiac arrest. Despite the huge effort by the doctors, paramedics, firefighters and police officers, nothing was working and it wasn’t looking good for him,” Dr. Forrest said in his official statement from the Cheshire Fire department. “I joined them at John’s side and, after a very quick discussion, we knew that the only chance of saving this man was to open up his chest to manage his internal injuries and to massage his heart until it started beating. This is rarely successful, but we did want to at least try.”

Following O’Brien’s accident, he recovered to healthily walk his daughter down the aisle on her wedding day in May of the following year.

Dr. Forrest was also commended by the Chief Fire Officer of the department, Mark Cashin, for his lifesaving work that day.

“I can’t thank Dr. Forrest and everyone involved enough for helping me that day and for doing everything they could to save my life,” O’Brien said in his statement. “I was lucky enough to be able to walk my daughter down the aisle recently and that’s all thanks to them.”

Motorcyclist Killed by Lightning Strike While Cruising Down Florida Highway

Lightning struck the rider on his head, splitting his helmet.