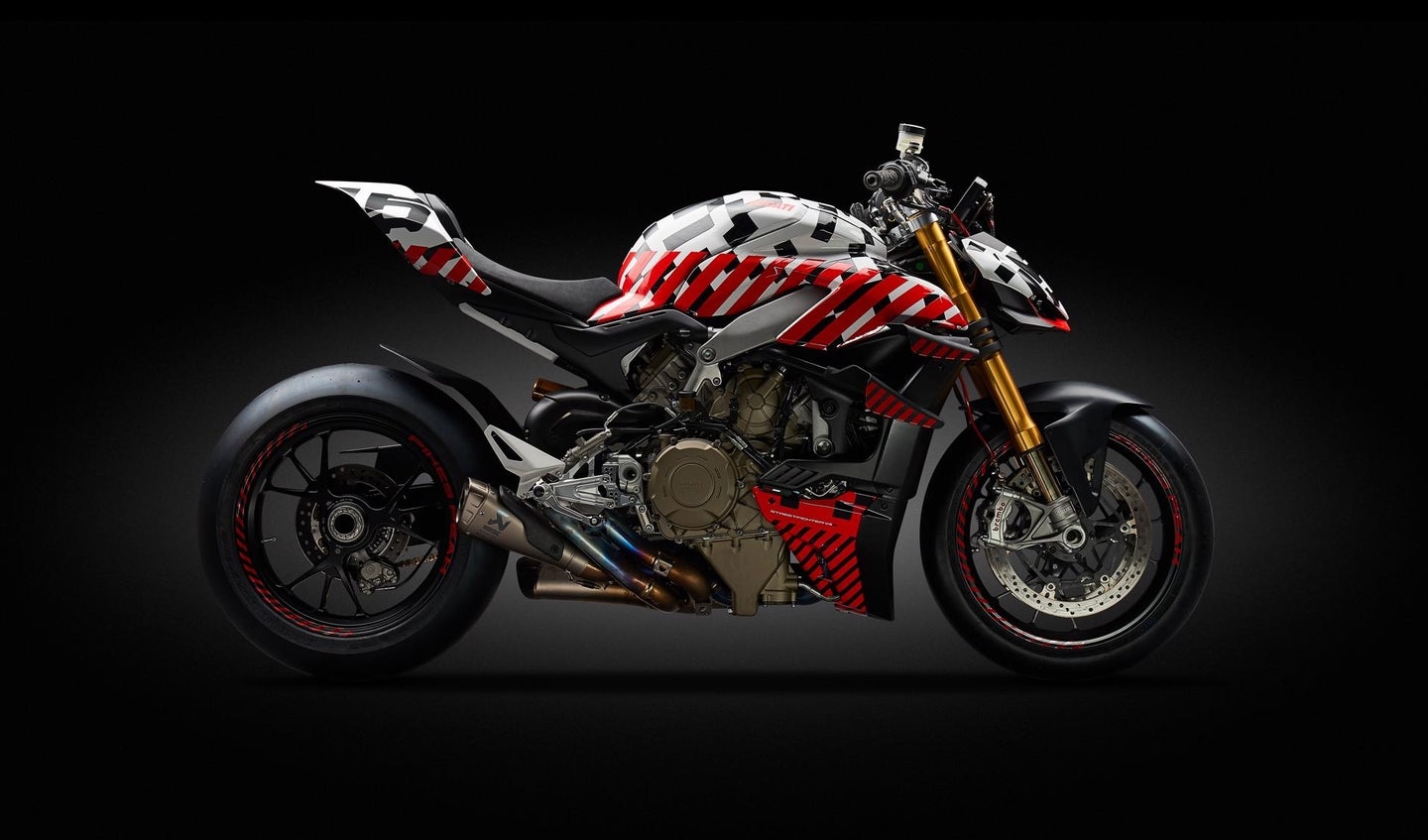 The V4 Streetfighter isn’t what you’d call a drastic departure from the racier V-4. Built around the same 214-horsepower 90-degree V-4 engine and chassis architecture, the V4 Streetfighter loses the standard motorcycle’s race-derived aerodynamic fairings for a more friendly and far more naked street bike essence. Though, given its sibling’s predilection for track dominance, even in its bare state, it too has been put through aerodynamic testing.

Secondly, Ducati removed the V4’s standard clip-on handlebars. To make riding a little more comfortable, the Bolognese outfit slapped on a set of wide and high handlebars that look like they came off of the company’s Enduro line of motorcycles—the perfect lever to pop the front end of this 214-horsepower monster up. And that’s about it. We’re sure there have been further changes beneath the Ducati’s now more sheer skin, but the company is keeping it close to the vest for the time being.

After the thorough testing atop one of this planet’s most well-known mountains in the hands of Pikes Peak legend Carlin Dunne, and further testing in Italy, the production-ready V4 Streetfighter will be debuted at EICMA later this year. Customers will be able to get their hands on the as yet priced V4 Streetfighter in early 2020. We don’t, however, expect it to be cheap.

This Panigale V4 R is street legal and ready to race in World Superbike (WSBK) competition.