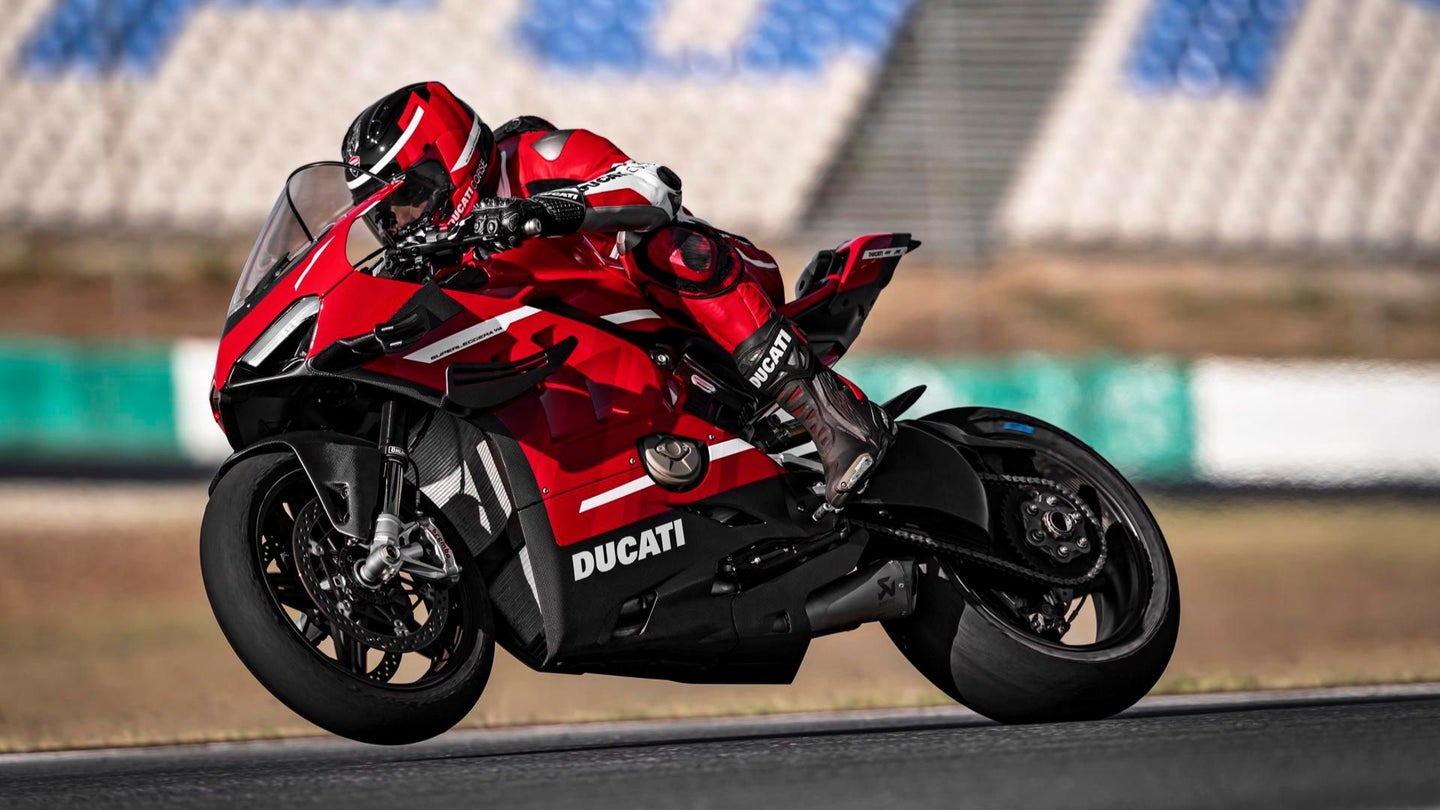 Take what you know about supersport motorcycles and throw it out the window, a disruptor has come to town and is aims to upset the superbike world order. Meet the 2020 Ducati Superleggera V4, a barely street-legal race bike with carbon-fiber everything, an apocalyptic Akrapovic exhaust, downforce-producing aerodynamics, and a price tag that will likely be comparable to a new Porsche 911.

Still centered around Ducati’s wildly addictive 998cc V4, to go further than the production bike ever could imagine, the Bologna-based motorcycle manufacturer essentially 3-D-scanned every part and then asked whether it could be built from a carbon-fiber composite. With those questions answered, the Superleggera V4 received a carbon-composite structural frame, a carbon-fiber swing-arm, carbon-fiber fairings, and carbon-fiber wheels. 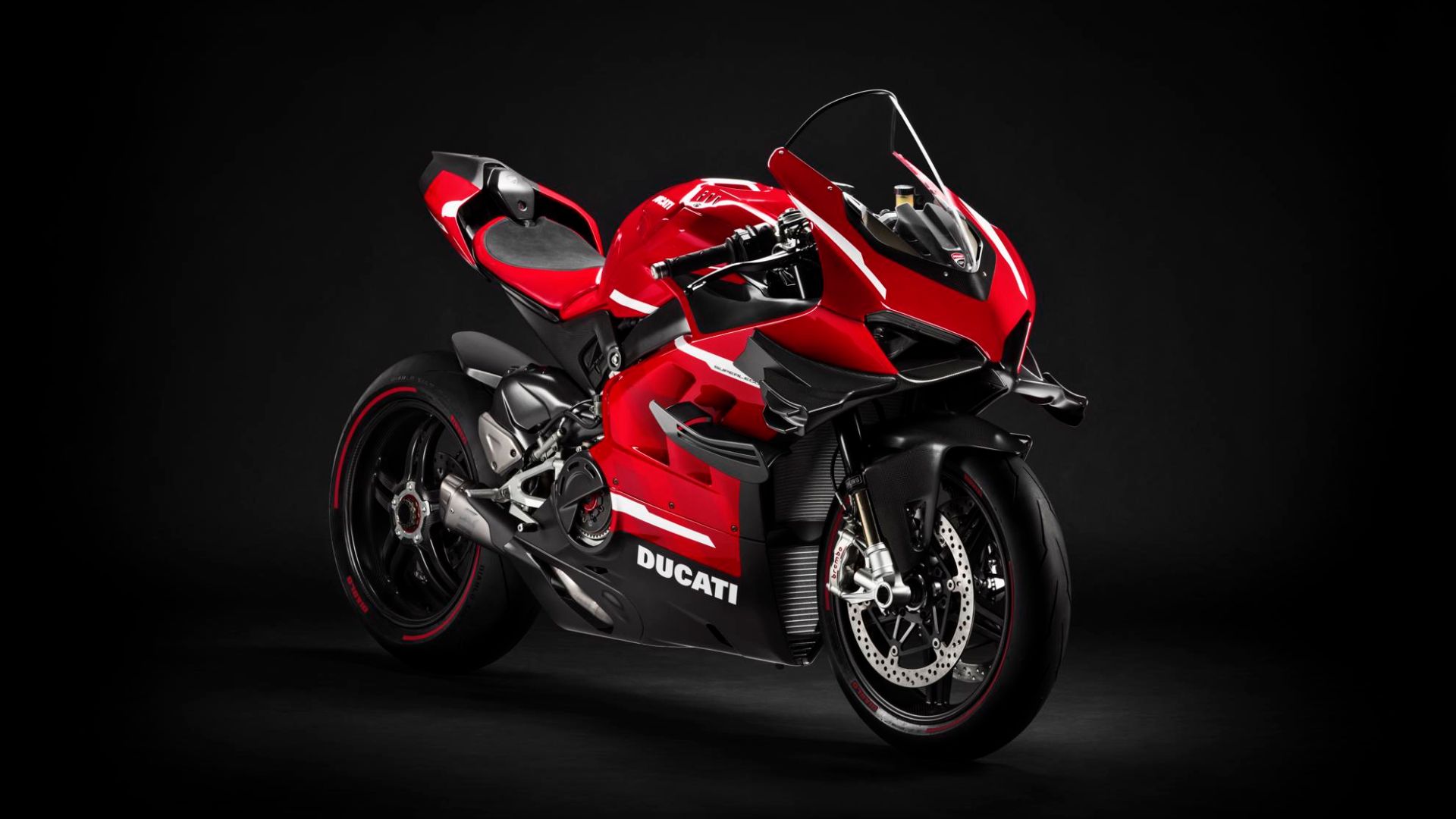 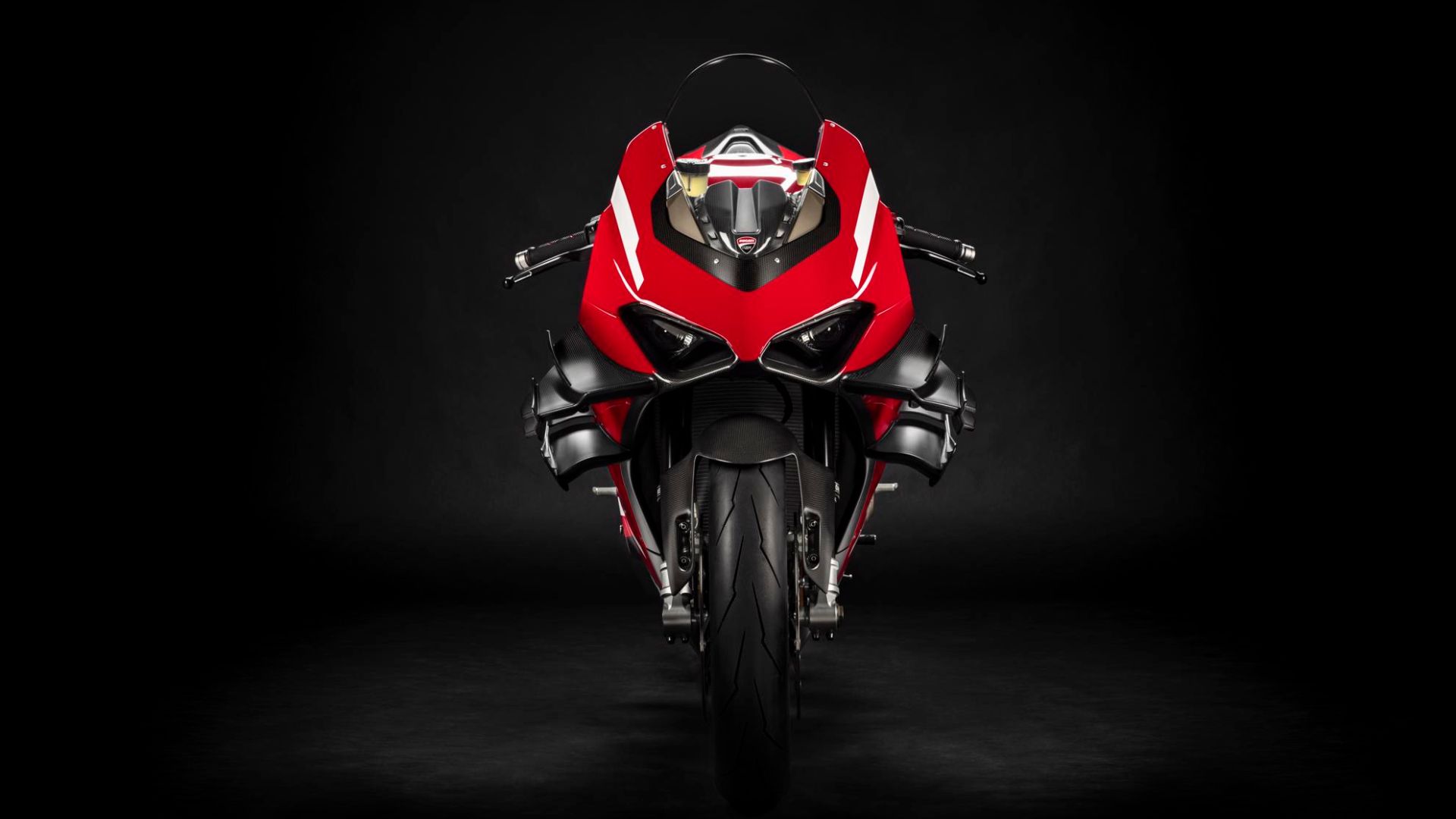 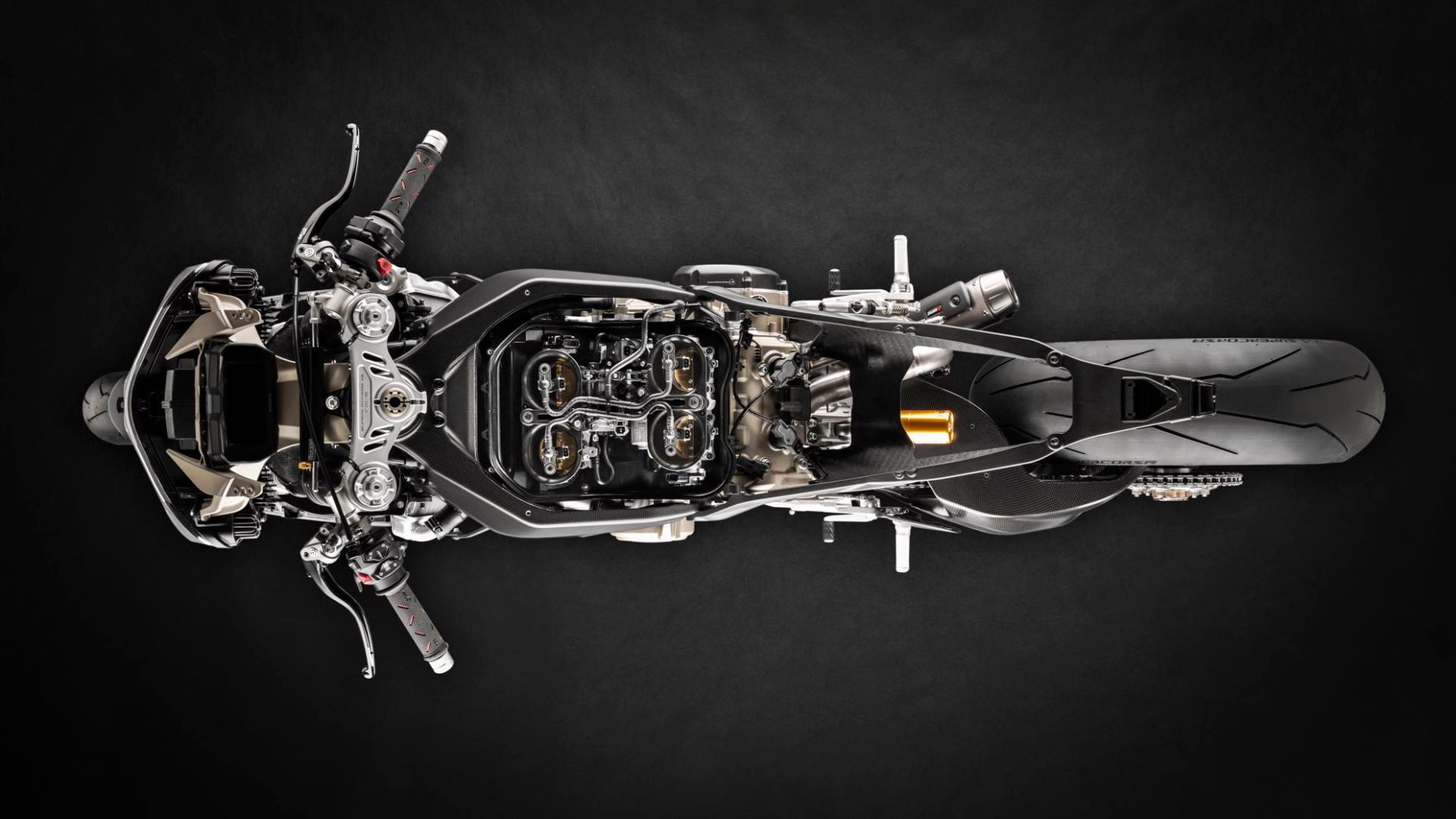 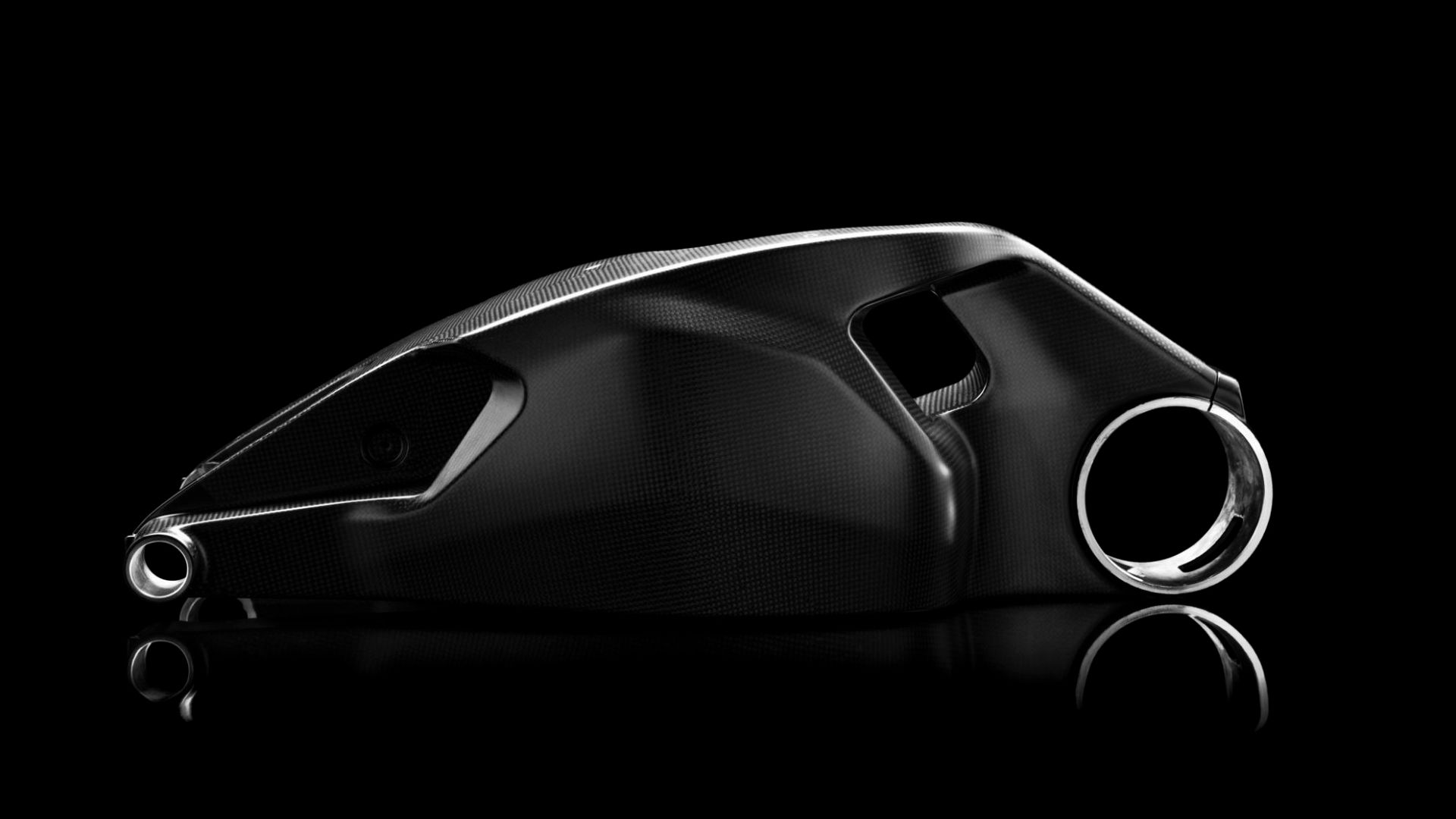 Internally, those same carbon-fiber structures also saw improvements in their designs as each went through to optimize aerodynamics, rigidity, and weight distribution. The same goes for the Superleggera V4’s engine, which hit the gym and saw extensive use of titanium, magnesium, and aluminum throughout its revised geometry. Ducati will also throw in a track-only Akrapovic exhaust for more thunder.

The Bologna DietTM means that not only does the motorcycle now weigh 35-pounds less than its V4 R counterpart, coming in at a lithe 335-pounds, but because the motor has also been lifting weights, the Superleggera V4 produces a butt-clenching 234 horsepower—good god. Few machines on Earth will likely feel as quick as the Superleggera V4; case in point, lightning.

Ducati’s engineers also fiddled with the Superleggera V4’s suspension because nothing on this motorcycle wasn’t touched. The Öhlins-sourced parts are now lighter, with machined aluminum fork bottoms, titanium shock absorber springs, and Ducati’s SBK-derived race valves. Halting the motorcycle’s momentum are Brembo’s MCS calipers, the best Brembo builds, which are exclusive to the Superleggera V4. 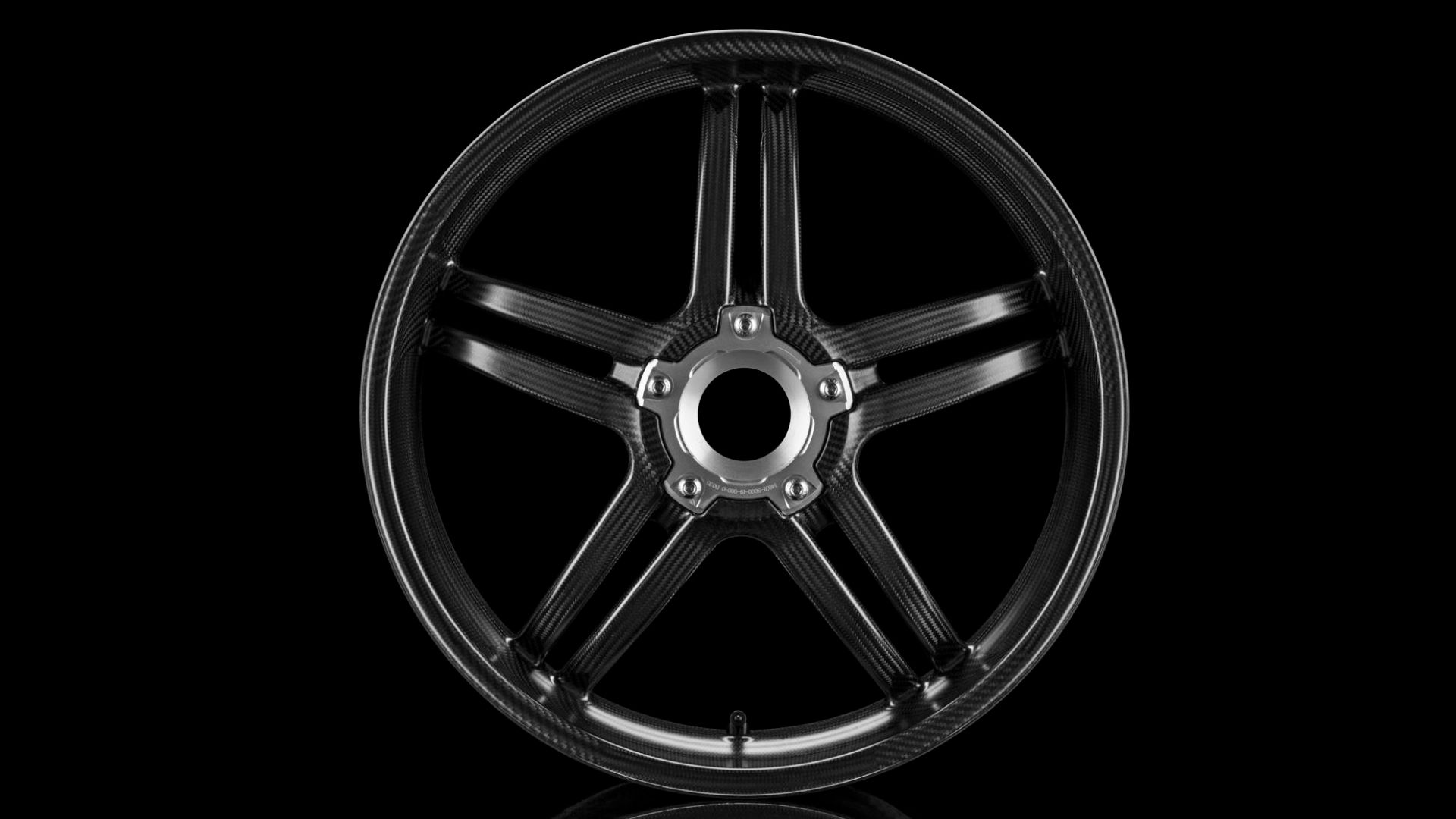 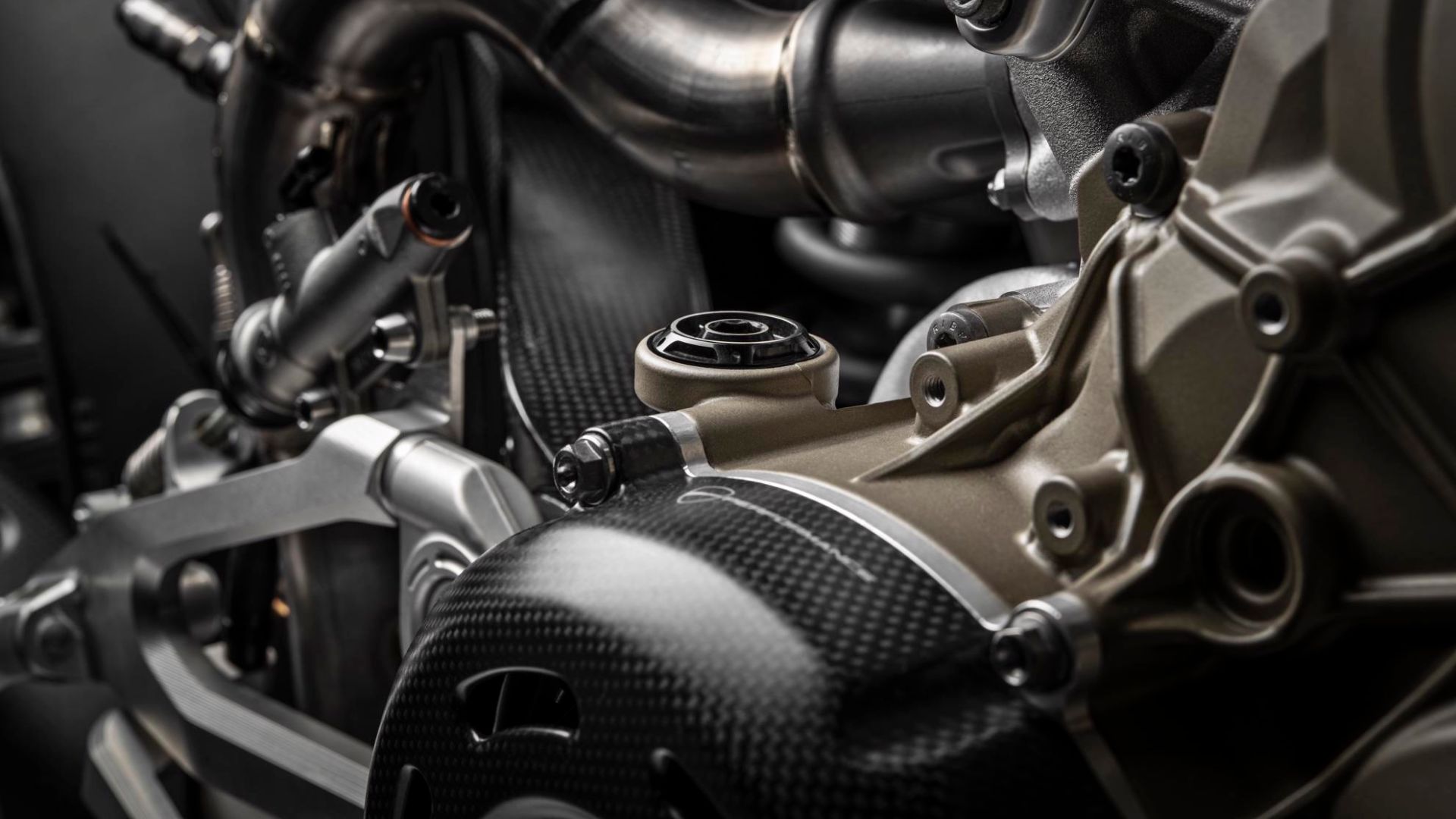 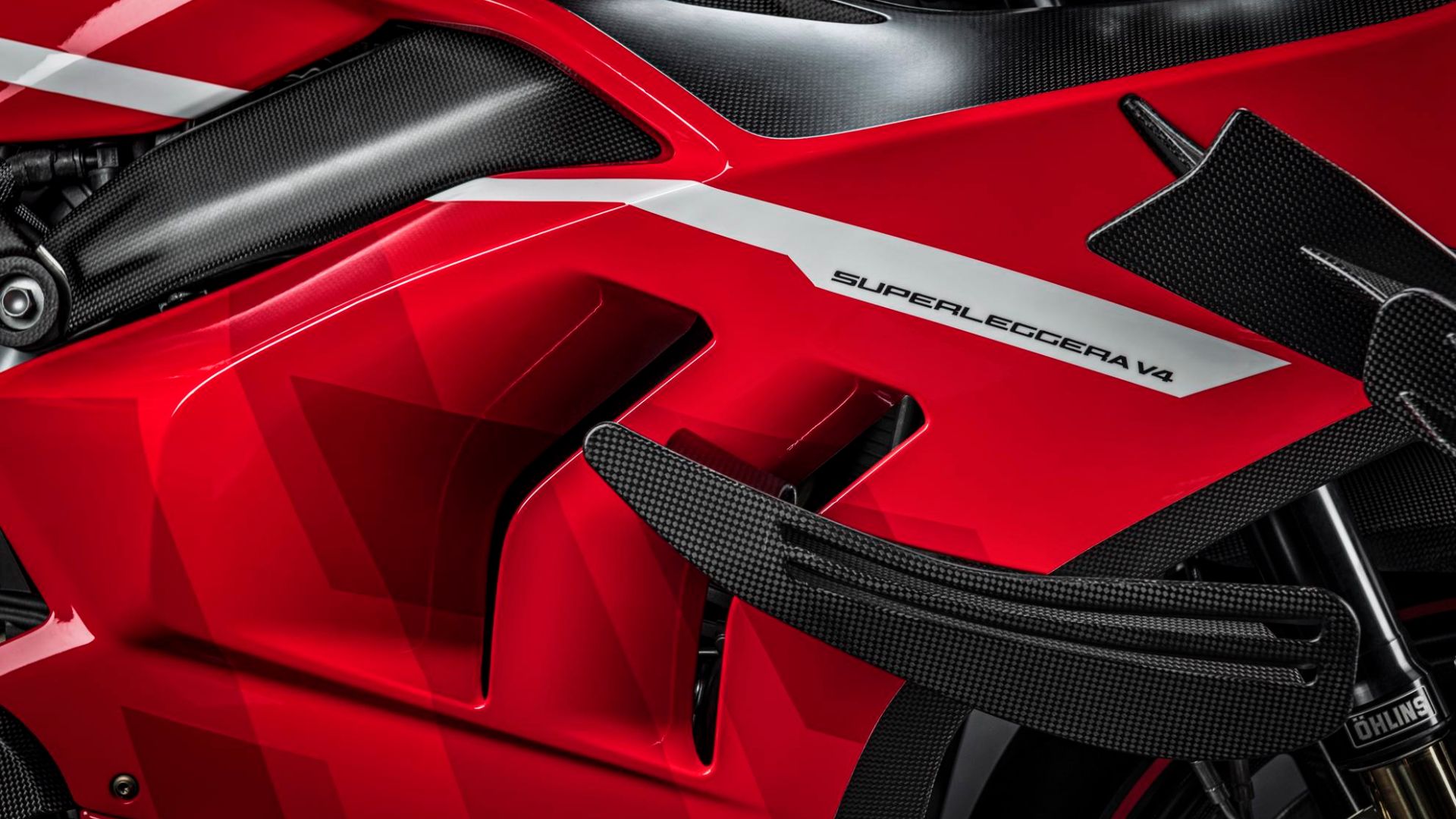 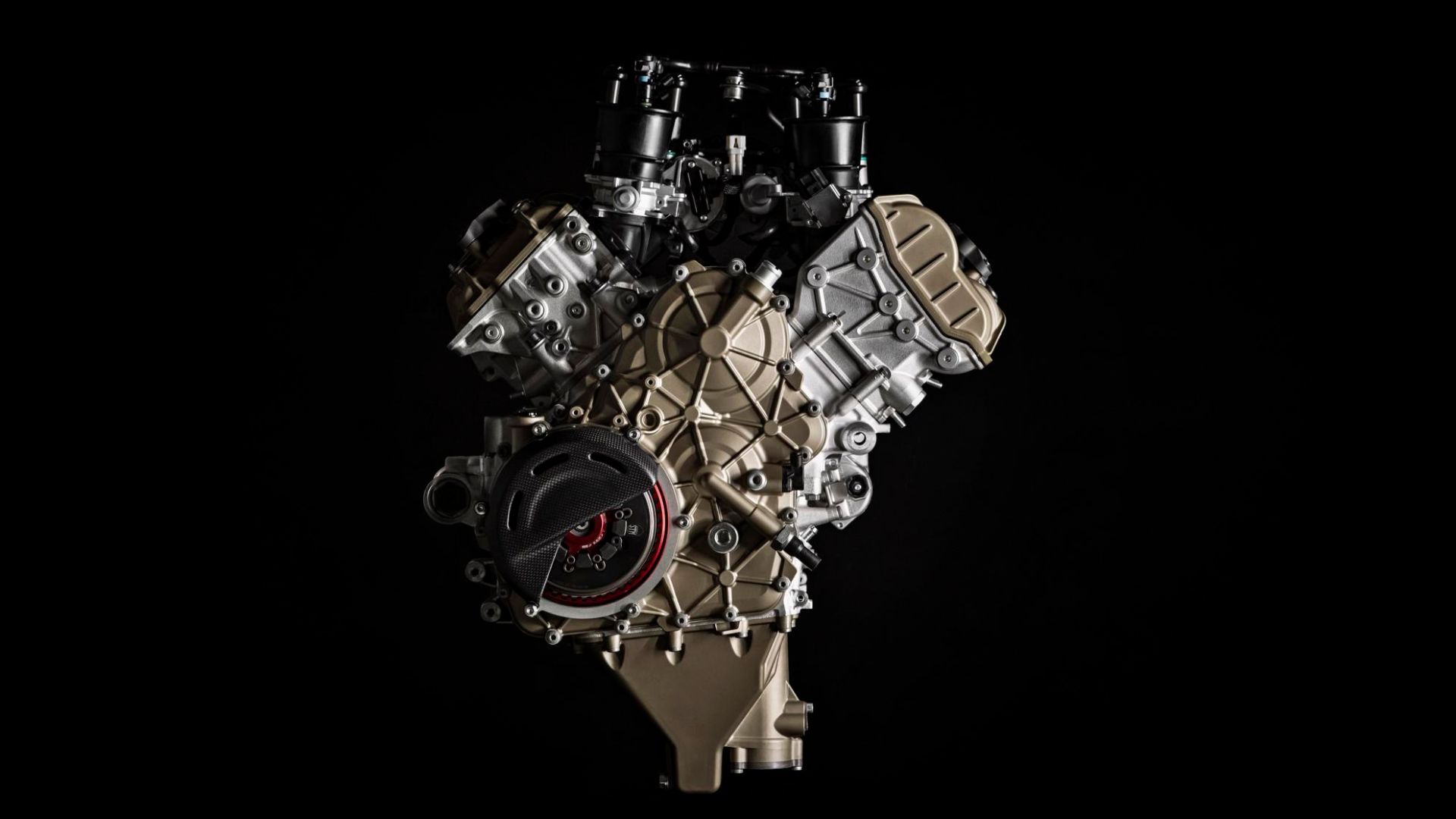 Like previous special-edition Ducati’s, the company isn’t about to flood the market and nor will it be cheap. Ducati says it will only build 500 Superleggera V4s before ending production. Each motorcycle will receive a certificate of authenticity denoting which number of that 500 it is, which will also be reflected on the frame, the fork-yoke, and the motorcycle’s key.

Until then, sit back, sip your coffee, and imagine the long straights of Circuit of the Americas being blinked away as the sonorous Superleggera V4 taps into your Id and you lose your *expletive mind.