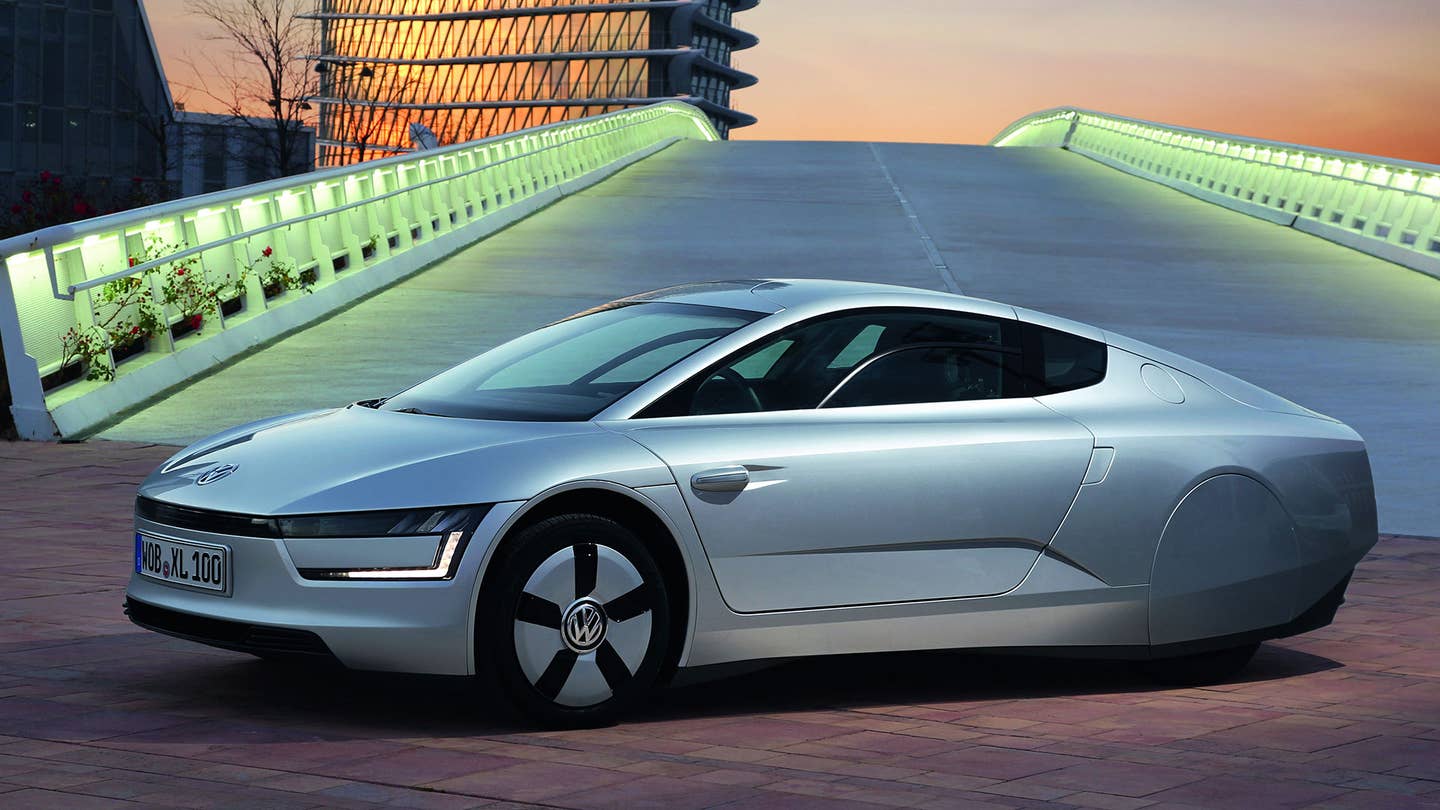 Recent events have injected gross mutability into Volkswagen’s near-term product mix, with a new vehicle or initiative seemingly cropping up every other week, or at least every other auto show. German magazine Auto Bild has a few words on the next surprise, a conventional hybrid called the XL3 forecasted to hit the market in 2018. Cooked up as a challenger to the Toyota Prius and just-unveiled Hyundai Ioniq, the XL3 would optimize the drivetrain from the present Jetta Hybrid and wrap it in slippery sheet metal. Auto Bild says VW envisions it as “a symbol of a new beginning.”

It will be a while before we know if the reported specs signal an auspicious start or a tenuous reboot. The conjecture is a 1.4-liter four-cylinder gas engine detuned to 140 horsepower and programmed for cylinder deactivation, yoked to a 35-hp electric motor that's attached to the seven-speed DSG automatic transmission. This isn’t presented as a plug-in hybrid, so the small, lithium-ion battery pack could return an electric-only range of just a few miles in the best-case scenario.

Get everything working together and the fuel economy target is three liters of gas per 100 kilometers—hence the “3” in XL3—which translates to 94 miles per gallon on the UK cycle. Converted to American usage you’re looking at 78.4 mpg combined. Even if it doesn’t hit that astronomic target, if VW can nudge it into the 60-miles-per-gallon range it will easily best the 48 highway mpg for the same powertrain used in the 150-hp Jetta Hybrid, as well as the 54-mpg highway rating for the new Prius.

Beyond the XL3 name citing the car’s targeted fuel economy, it also calls back to Volkswagen’s sci-fi, two-passenger XL1 coupe (pictured). Introduced three years ago, the XL1 remains the most efficient "production" car in the world, its rating of 0.9 liters per 100 kilometers totaling 261 mpg. Just as impressive was its price, starting at €111,000, needed to cover its low volume, and carbon-fiber-intensive build.

The XL3 goes a more accessible route, planned as a compact, four-door hatchback with room for four. Predicted pricing is similarly terrestrial at €30,000 before incentives. That would keep it in the thick of the Prius cross-shop conversation—Toyota’s standard hybrid is priced at €28,150 in Germany.