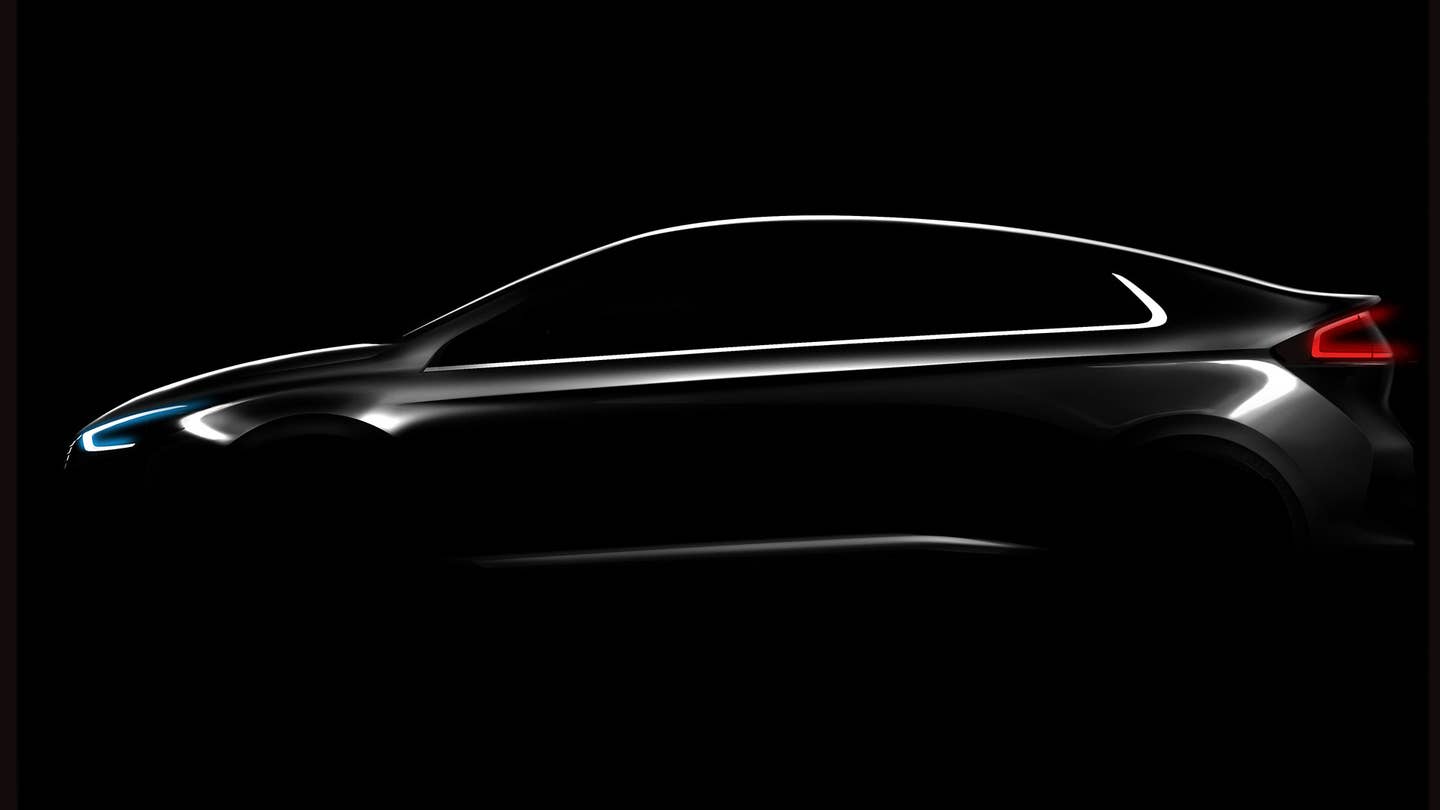 The Toyota Prius is not often thought of as a juggernaut. A taxicab, a commuter, an appliance: It's hard for our breed to get excited about that sort of thing. Still, Toyota's sold three million examples of its eco-conscious pods, and the Prius continues to grind all competitors into the dirt. But here comes Hyundai. The Koreans have teased an image of their new Ioniq platform, a triple-header available in EV, hybrid, or plug-in spec, designed to take the fight directly to the everyone’s favorite eco-friendly Toyota. The Ioniq is set to debut in Korea next month, then at the Geneva and New York Motor shows next year.

Details? There aren't any. Hyundai merely indicates a silhouette for its new green machine, noting that it’ll be first-to-market with a vehicle that offers all three alternative powertrains. Short commute? Plug in your Ioniq and run on pure electrons. Need longer legs and leave your rig outdoors? Go for the gasoline-powered hybrid.

Hyundai also claims that the Ioniq will offer sportier handling than the Prius (there's a limbo-low bar to vault over), and handsome styling. This latter may be the true differentiator: If Hyundai can put a handsome face to matching, or exceeding, the Prius' range, this could be a game-changer. Because Toyota's styling department is lost in the woods: the facelifted Prius is bizarre, and the Mirai and just-announced FT-Bh concept look like the kind of catfish downstream of Mr. Burns' powerplant.

That said, the marketability of a new hybrid is a toss-up at the moment. On the one hand, fuel is cheap, leading to a resurgence for trucks and bigger displacement engines; on the other, Beijing just went code red on air pollution. The Ioniq will face a mighty competitor in the Prius. But it's bigger challenge might be timing.