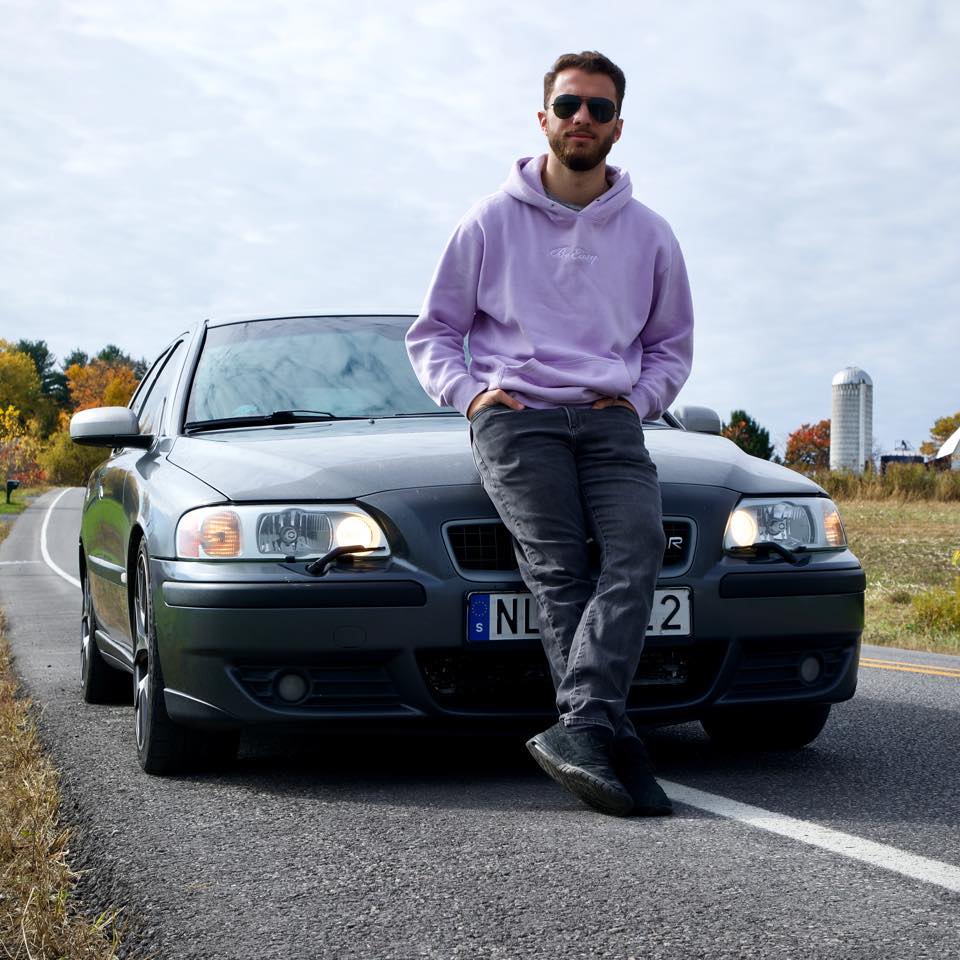 With the prevalence of affordable enthusiast vehicles more uncertain with each passing day, the 2022 Hyundai Kona N is a welcomed break from the world of SUVs and crossovers … even though it’s still a crossover itself.

The Kona N is the latest rendition from the N division of Hyundai, led by the former masterminds of BMW’s M department. We’ve seen extraordinary results from the Elantra N and Veloster N, and the Kona N is no different. Somehow, the geniuses at N have managed to build a crossover—yes, a crossover—that handles like a hot hatch, pushes you in your seat when you smash the gas, and can still fit everything you need in the back.

I spent a long weekend with the Kona N to find out if this unconventional vehicle could be the best one-car solution for the budget enthusiast.

What Even Is This Thing?

Based on how it’s shaped and what it can do, it’s a little hard to classify the Hyundai Kona N.

We live in a world of blob crossovers, but the Kona already has outlandish looks. To see the N build on those with a laundry list of items makes it stand out from the rest of the pack and worthy of its N badge is even better. Let's face it, this thing is weird. A normal Kona has contrasted fenders like a Subaru Crosstrek, whereas the Kona N is paint-matched. The N also features bigger brakes, 19-inch wheels wrapped in Pirelli P Zeros, a massive spoiler, and most of the optional extras offered on a regular Kona. There are sharp angles in the front grille and the rear diffuser clashes with the stubby side profile. Mixed with that are a Formula 1-inspired third brake light and large dual tips.

Classification-wise, the Kona N is a subcompact crossover, but it walks a fine line between hatchback and crossover. The non-N Kona competes directly with the Honda HR-V, Crosstrek, Nissan Kicks, and more. And while it sits four inches taller than a GTI, matches it in cargo room, and exceeds it in headroom—making it hard to see how this subcompact crossover can compete with the VW—everything changes when you turn it on.

The Kona N comes with a 276-horsepower, 2.0-liter turbocharged four-cylinder that’s linked up to a snappy eight-speed dual-clutch transmission. This high-horsepower bundle can be a lot to handle, given all that boost is being sent through just the front wheels, which have other important jobs like “steer the car” or “get traction.” As a result, the torque steer and wheel hop can be comical at times.

Inside, the Kona N is a carefully calculated mix between standard Kona and N division upgrades. All the major driver-focused touch points have been upgraded so you feel like you’re driving something sporty. The steering wheel is thick with reassuring grips and the paddles are nice to the touch. The big red overboost button screams to be pressed, and the Harmon Kardon stereo cranks. The Kona N gets upgraded seats with Alcantara inserts, but it's a shame that it doesn’t get the same buckets as those in the Elantra N and Veloster N.

Outside of those performance-centric upgrades, the rest of the interior is pulled straight out of the normal Kona. Things are mostly plastic and beyond Hyundai’s standard issue safety tech, the amenities are sparse. Some might say this is a mark against the Kona N, but I disagree. With a base price of $35,495, most of your money goes toward the driving experience. That's what you wanted after all, right?

As I got behind the wheel, the seating position reinforced the Kona N’s existence between hatch and crossover. I’m used to sitting low, but here, I sat high like in a crossover, and I suppose that is just part of the equation. After all, this is the age of the “sport SUV,” so I better get used to it.

Putzing around town, the Kona N was rather normal and drove as any “normal” car should: Steering was light and gave great feedback to the driver. The eight-speed DCT transmission was sharp but not overly violent, paired with brakes that were firm and inspired confidence. After all, this is a typical Kona underneath, so it should be able to tackle these everyday activities with ease.

The Kona N also comes with a fun bag of party tricks. The surprisingly loud exhaust makes all the right pops and cracks as it shifts. It can’t help but put a smile on your face—even in a shopping mall parking lot. Switching between drive modes triggers a fabulous animation on the all-digital gauge cluster, and the radio, like with other Hyundai products, is styled to look like Edison bulbs, an unexpectedly classy touch.

The only thing that gave the car away as a potential corner-carving beast, besides it being painted in the brightest red known to man, was the stiff ride. While the Kona was slightly more compliant than my friend's Veloster N I had a go in a while back, it was still too rough of a ride. An evening trip into the center of town quickly proved that the suspension feedback was quite unforgiving over the treacherous potholes of northern New Jersey. That being said, any complaints about ride stiffness were immediately expunged as I took the Kona N on some local backroads.

The Kona N comes alive when you hit the signature blue “N” button on the steering wheel. This customizable drive mode defaults to tightening up almost every aspect of the driving experience, including the suspension, throttle, and steering feel. Pressing the gas, I instantly felt a surge of torque from the surprisingly large turbo, reminiscent of an old-school wastegate building boost. Up top, the car hauls to the near-7,000-rpm redline without falling off the power. Let me reiterate here, we’re talking about a 2.0-liter four-cylinder that pushes 16 psi from the factory.

The Kona N has all the right parts included to make it a proper driver's car (apart from a manual transmission, perhaps). Those wizards at Hyundai’s N division fitted it with a motor-driven power-steering system (as opposed to an electric one as seen on many vehicles these days), adjustable dampening, sticky summer tires, a lovely differential, and oversized brakes.

When I dove into my first set of twisties, I was astonished by the way in which the Kona N rotated. One would expect that with almost seven inches of ground clearance, the Kona N would topple over when asked to dance around hairpins. However, the electronic limited-slip differential clawed the car into the apex of the corner. While the suspension was stiff, it handled mid-corner bumps and unexpected undulations like a champ. Coming out of a corner and back on the gas, the car torque-steered right through third gear, and even broke the tires loose at the top of second.

Even though it can be tame around town, switching to “N mode” made the Kona N yearn for more the harder I drove it. As I chased hairpins on that early Sunday morning, I forgot I was driving a Kona, which must have been exactly what the engineers at Hyundai were looking for.

The Kona N in the Eyes of Everyone Else

This is what the Kona N is: a powerful and eager engine shoved into a tiny package and bursting at the seams. But for the casual passerby, this might not even be enough of a difference to truly grab their attention. On my first night driving the Kona N, I visited a friend. He took one look at it and said,  “Aaron, I thought you were gonna get something sporty, this is a crossover.” Obviously, he didn’t understand.

However, those types of conversations continued. Over the course of my four days with the Kona N, I found myself continuously explaining what it is and why it was cool. While I grew to love it for the quirkiness, others were confused at why Hyundai was even making something sporty. In the mind of these normies, Hyundai is still just a boring economy car company.

The fact of the matter is a Kona N flies under the radar of those who are none the wiser. It certainly didn’t get the same amount of looks as the Lamborghini Urus I parked next to, even though it's just as red.

I bet Hyundai took a long look at the crossover market and saw, like many of us do, that companies are bringing the sport back to SUV. The BMW X5M, Ford Explorer ST, Audi SQ5, and so many others have become very popular in their segments. Even Lamborghini and Ferrari are seeing this potential gold mine of customers. The Kona N is the entry-level item in this segment—and it even kind of looks like that Urus.

When compared within its price point, the Kona N stands in no-man's land, halfway between a crossover and a hot hatch. Both markets are incredibly competitive, but the Kona N fails to fit neatly into either.

Going down the lengthy list of subcompact crossovers from the Chevy Trax to the Jeep Renegade and Kia Niro, there is not a single one that can even be considered a competitor to the turbocharged ball of fury that the Kona N is. Meanwhile, the GTI, Golf R, and Toyota GR Corolla are strictly hot hatches, like the Veloster N. The taller Kona N, therefore, is free to define itself as a unique alternative.

The Kona N only comes one way: fully loaded. For $35,495, it is a fantastic value, considering the performance capabilities. A base-spec GTI is a bit cheaper at $31,370, but add any of the performance options that come standard on the Kona N and its price jumps to nearly $40,000. Plus, the Kona N has added practicality.

The Hyundai Kona N checks most of the boxes for any budding automotive enthusiast. I have an ample amount of friends who say they’re “into cars” but will never actually make the jump to an enthusiast car because they feel they’ll have to sacrifice practicality.

The Kona N makes for a compelling solution to these hollow excuses. It's small enough to parallel park in New York City, practical enough for a shopping spree, and economical enough that I didn’t feel like I was breaking the bank, even as I filled up with premium gas.

While the Kona N leaves something to be desired in terms of luxury when compared to the GTI, for well under $40,000, this XL-sized hot hatch—along with its N-siblings—have been able to bring the soul back into the entry-level enthusiast car without feeling like it’s sacrificing any fun for the price. That’s what truly matters.

Aaron Segal works as a Product Manager for Recurrent, The Drive's parent company. While he spends most of his time behind the scenes keeping the lights on, he has always been a diehard automotive enthusiast and moonlights as a contributor on The Drive. He is based in Boston and drives a highly modified Volvo V70 R as well as a supercharged Mazda Miata.