If you're gonna go hot, get the one that lights a fire under your ass. 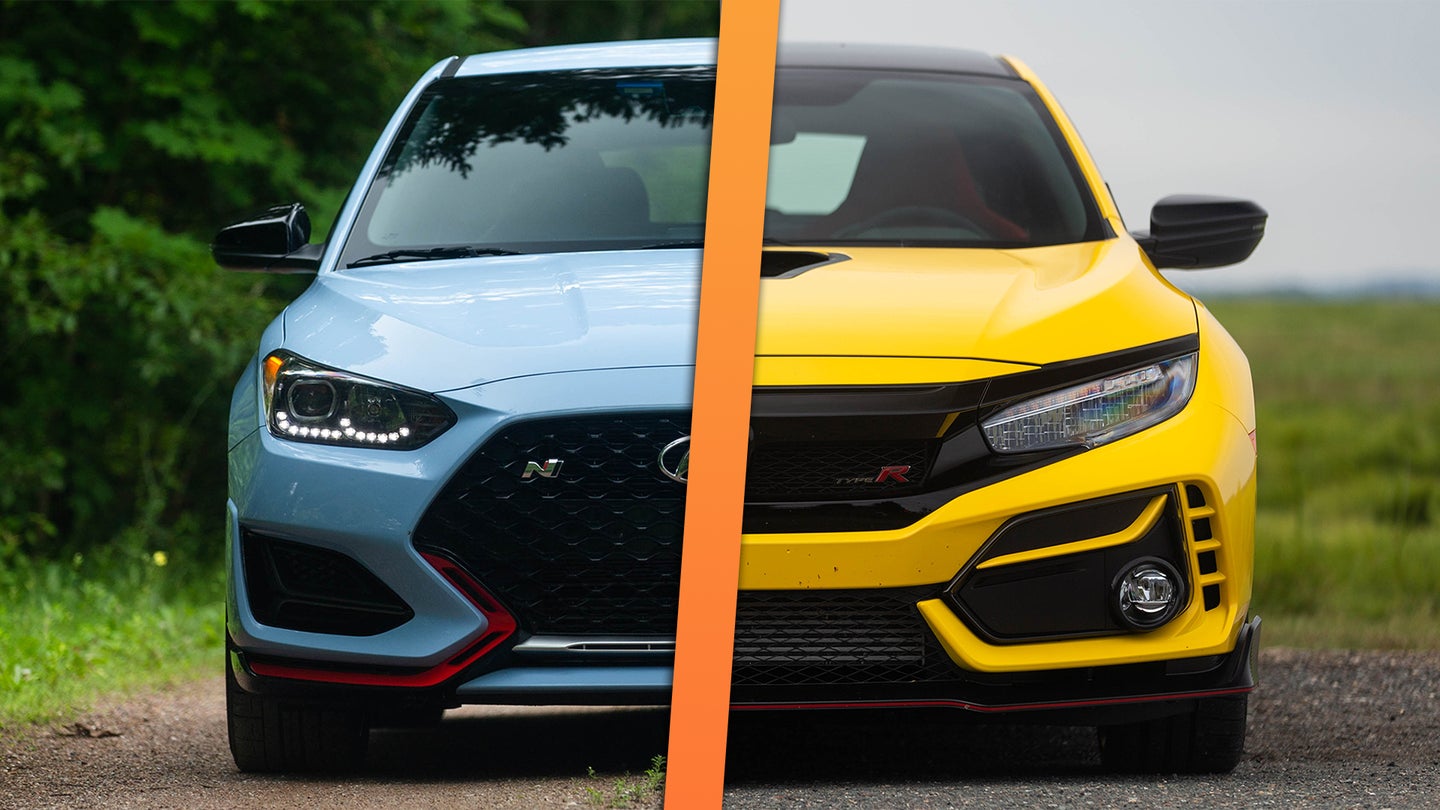 As the number of hot hatches available to North American buyers dwindles, the limited options at least make comparing different models a bit easier. Namely, we have both the 2021 Honda Civic Type R and 2021 Hyundai Veloster N competing for hot-hatch-buyer love. Which is better? Read on to find out.

While it was hot vax summer for many (bless them), it was actually hot hatch summer over here at team The Drive. Through pure serendipity, I found two back-to-back weekends in July occupied first by the Veloster N and then the Civic Type R. Thus, it gave me a nearly uninterrupted test of how the two performed against each other. And I've picked a favorite! But first, some numbers.

2021 Hyundai Veloster N: By the Numbers

If I were to buy a hot hatch, I'd go all in. They're already becoming rarer as each year goes by, so in 2021 I'd want my car as hot as can be because I frankly do not know if any automaker is going to sell anything like them ever again. Is it a bit doomer of me? Absolutely! But luckily money can buy happiness and happiness keeps the doomer thoughts at bay, provided that you don't need to spend more than $45,000 for that happiness. 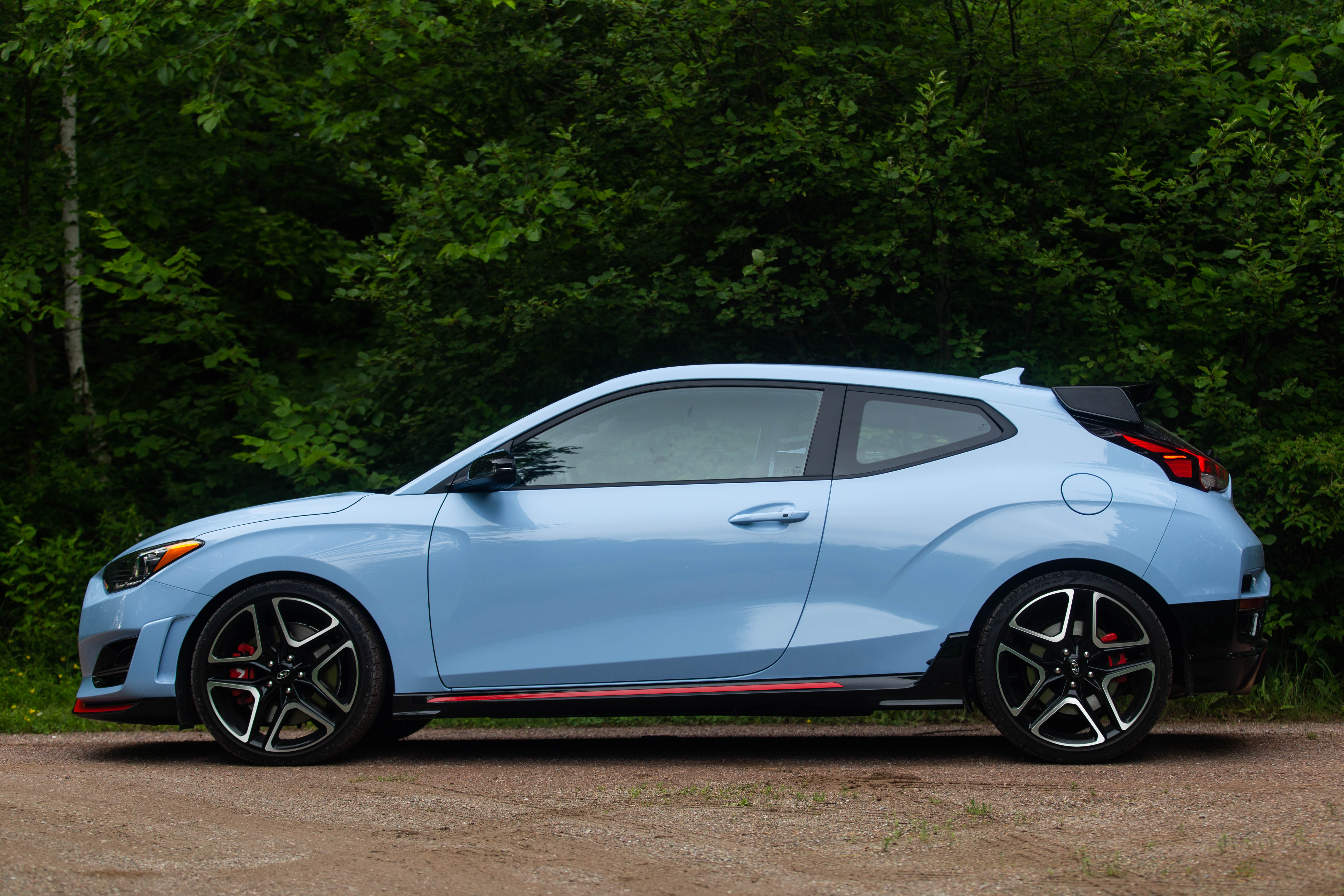 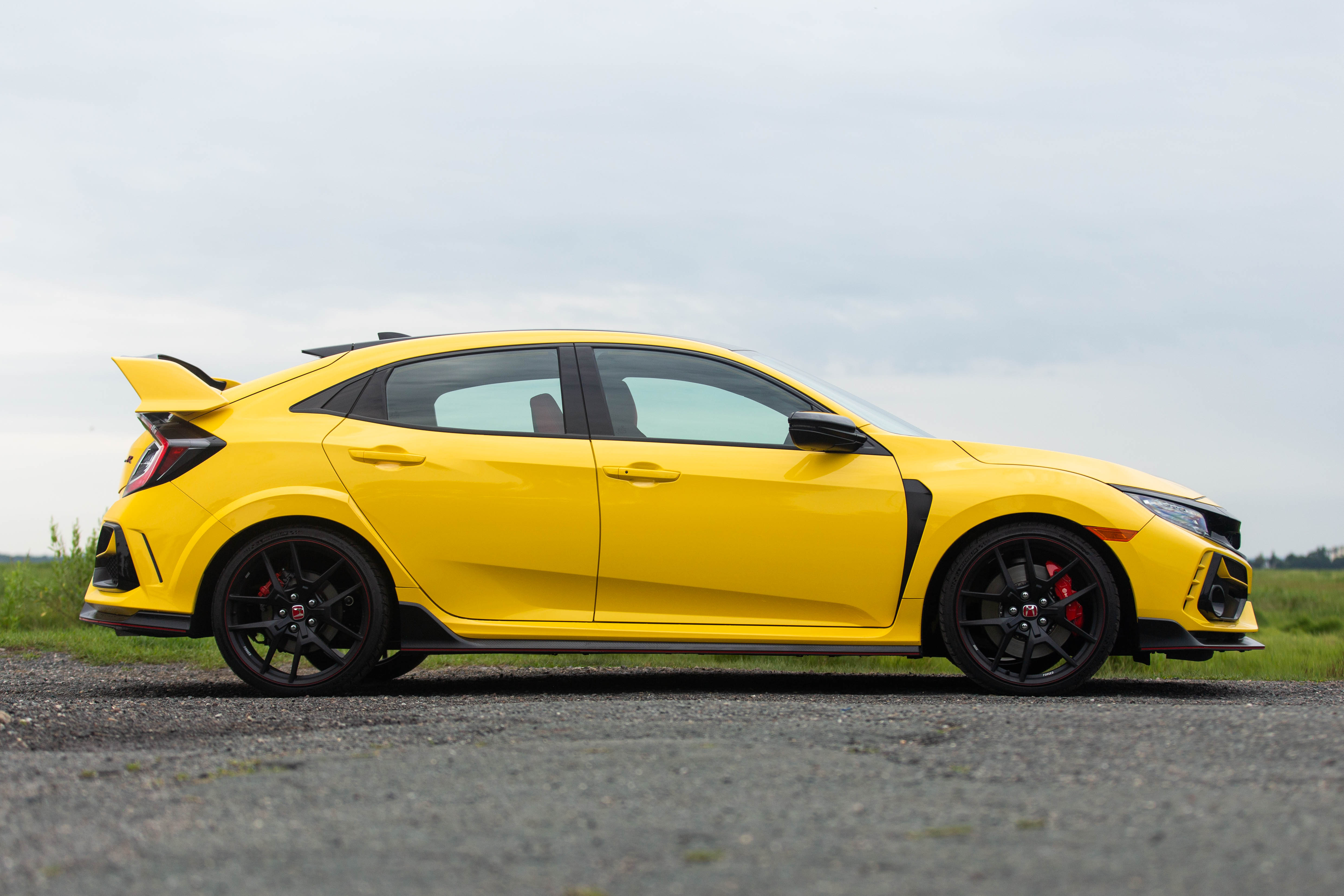 But to me, a "hot" hatch is one that's unforgiving in its attitude. Uncompromising in its delivery. All aspects of it must snap, always. No civility.

The Veloster N was the hotter of the two cars and it is the one I'd go home with.

From a pure feel standpoint, I thought it better embodied being a hot hatchback. In the days I spent with it, I never forgot I was driving something pissed off and with a temper. This is the whole point. The Civic Type R felt more substantive to drive, but the Hyundai was smaller and more localized. By this I mean everything was scaled down to be more petite, tighter, and reacted that much more closely to my body. It was snugger to drive and therefore the performance came off as that much more intimate. 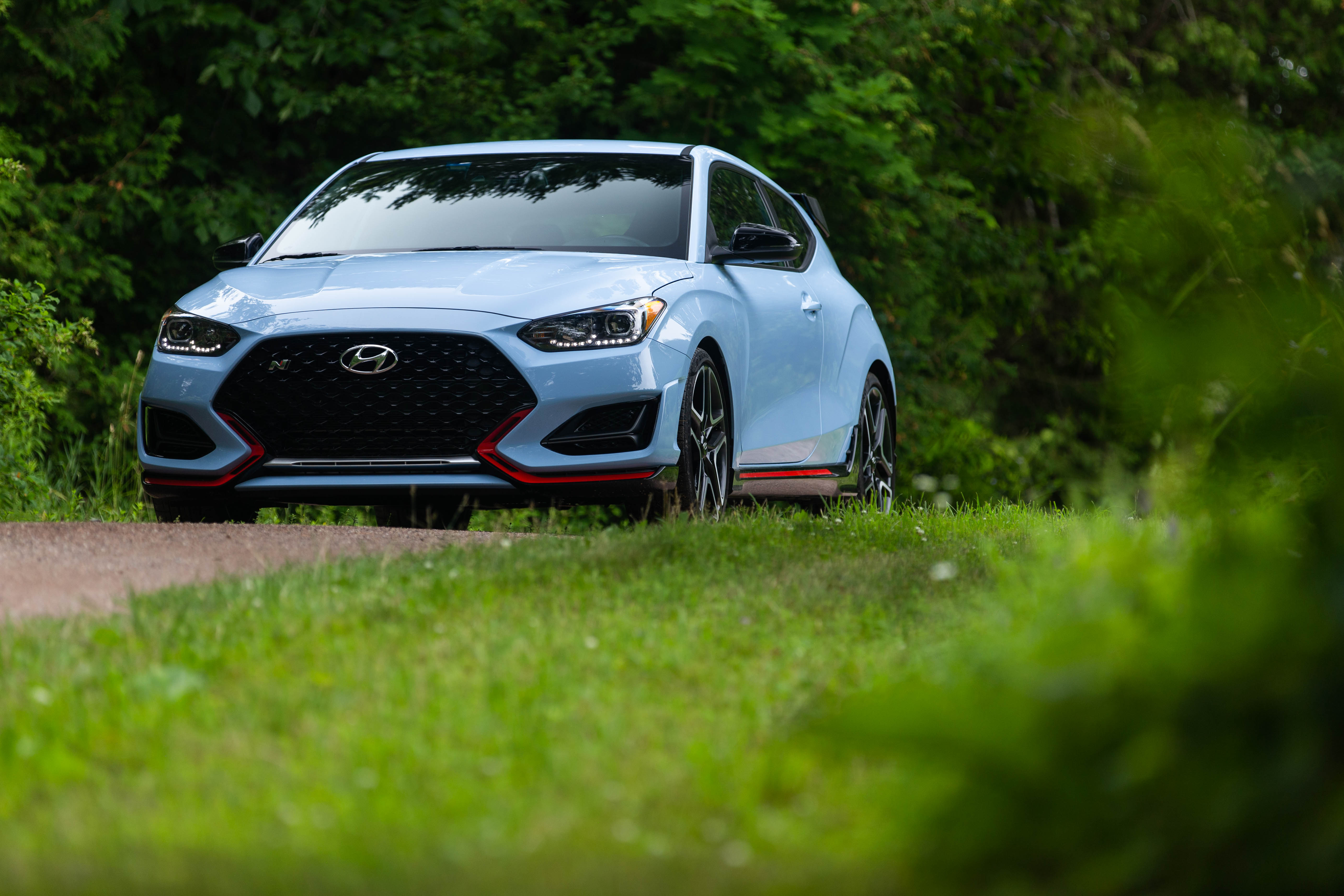 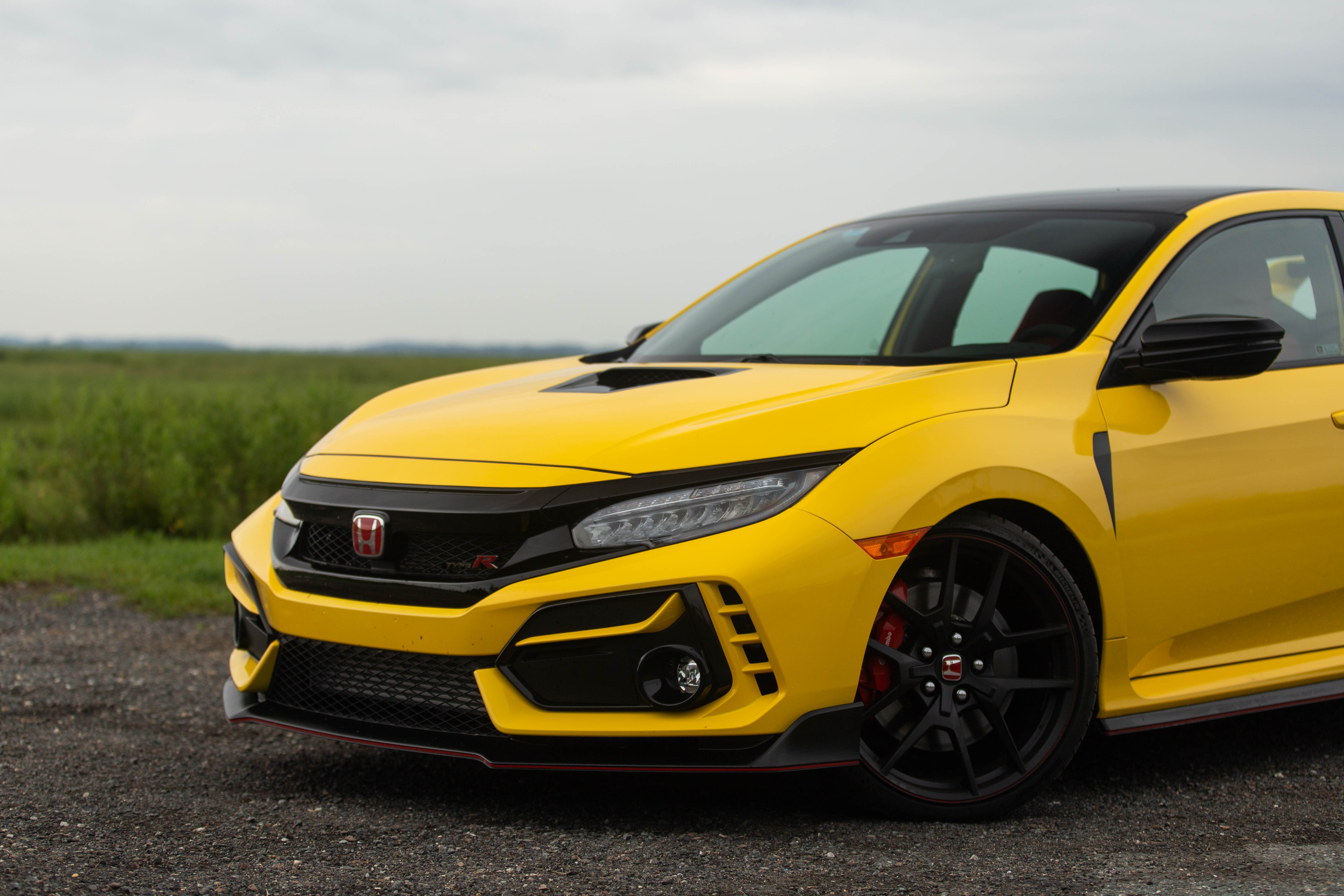 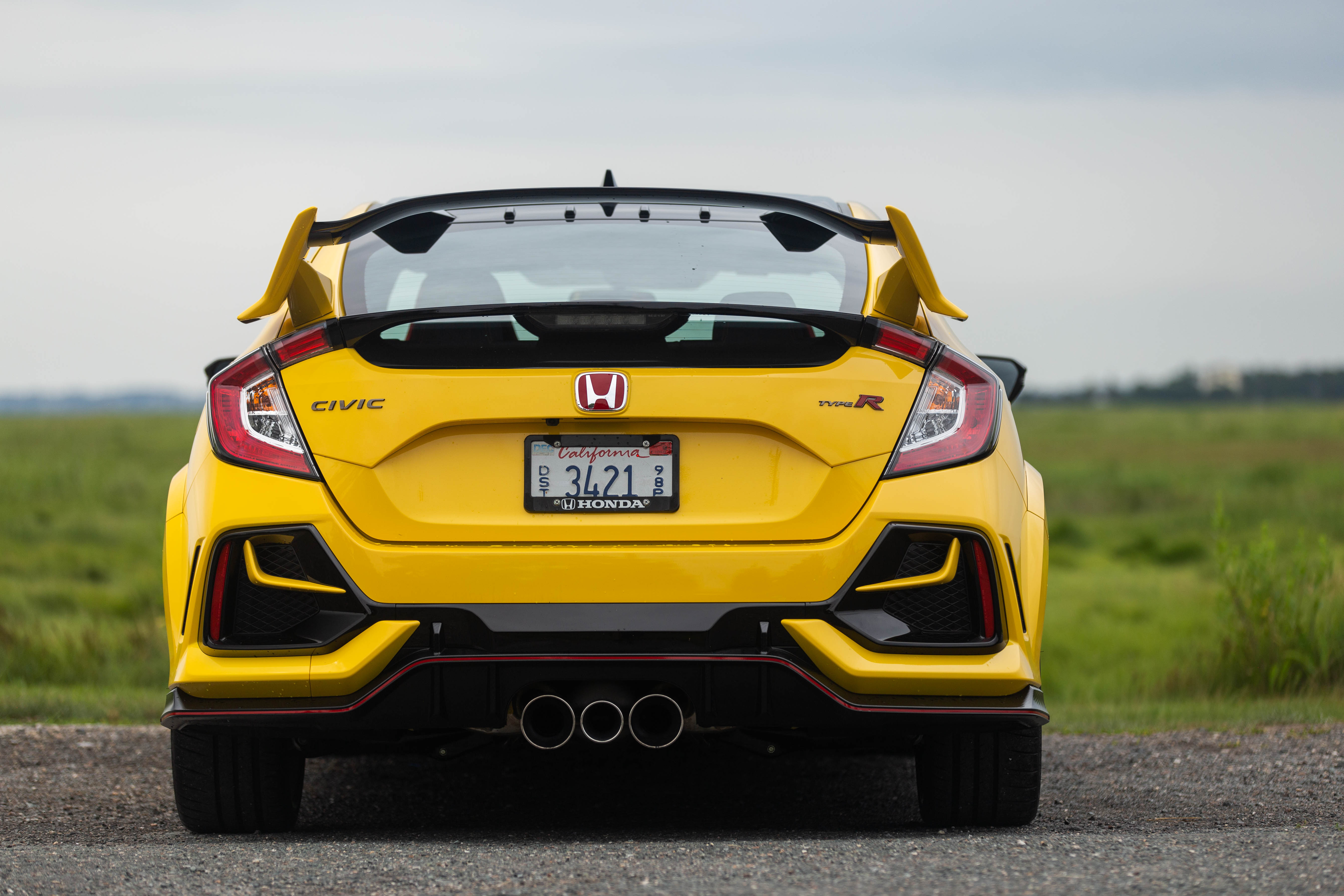 The Civic Type R, as I mentioned in my review, hid its raciness well. It could ride comfortably and a hell of a lot more quietly. And despite being lighter, it was also a larger car overall—inside and out. It had two rear doors instead of just one, more room for passengers, far better outward visibility, and a bigger trunk. Its fuel economy was superior. But I still saw all of that as a compromise.

Furthermore, I preferred the Veloster N's looks far more than the Civic Type R's. I think the Type R looks cool, but it attracted far too much negative attention for my taste. With a horde of people constantly trying to race me, I felt like the agency of simply me driving a car was being taken away somewhat. Those people made my decision to drive this car about them and I didn't appreciate it. Perhaps it was because it was blue and not yellow and didn't sport such a massive rear wing, but I didn't encounter such issues in the Veloster N.

True, the test car Hyundai loaned me came with the dual-clutch transmission as opposed to the six-speed manual. But a manual is the standard transmission option and, luckily, I've driven it on a track before. It's just as rewarding as the Type R's and under more urgent driving, responds with a light snappiness that echoes the overall personality of the car. 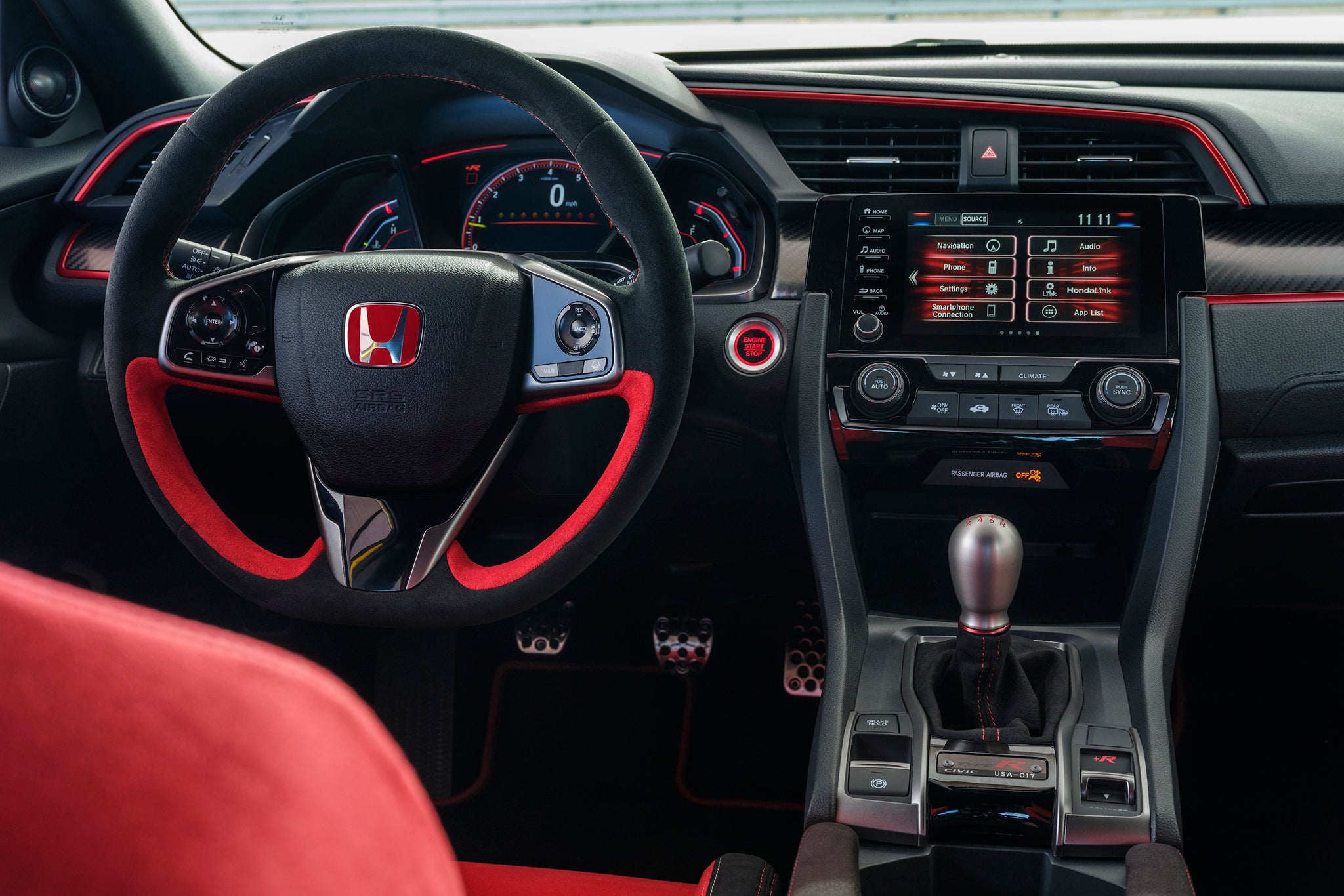 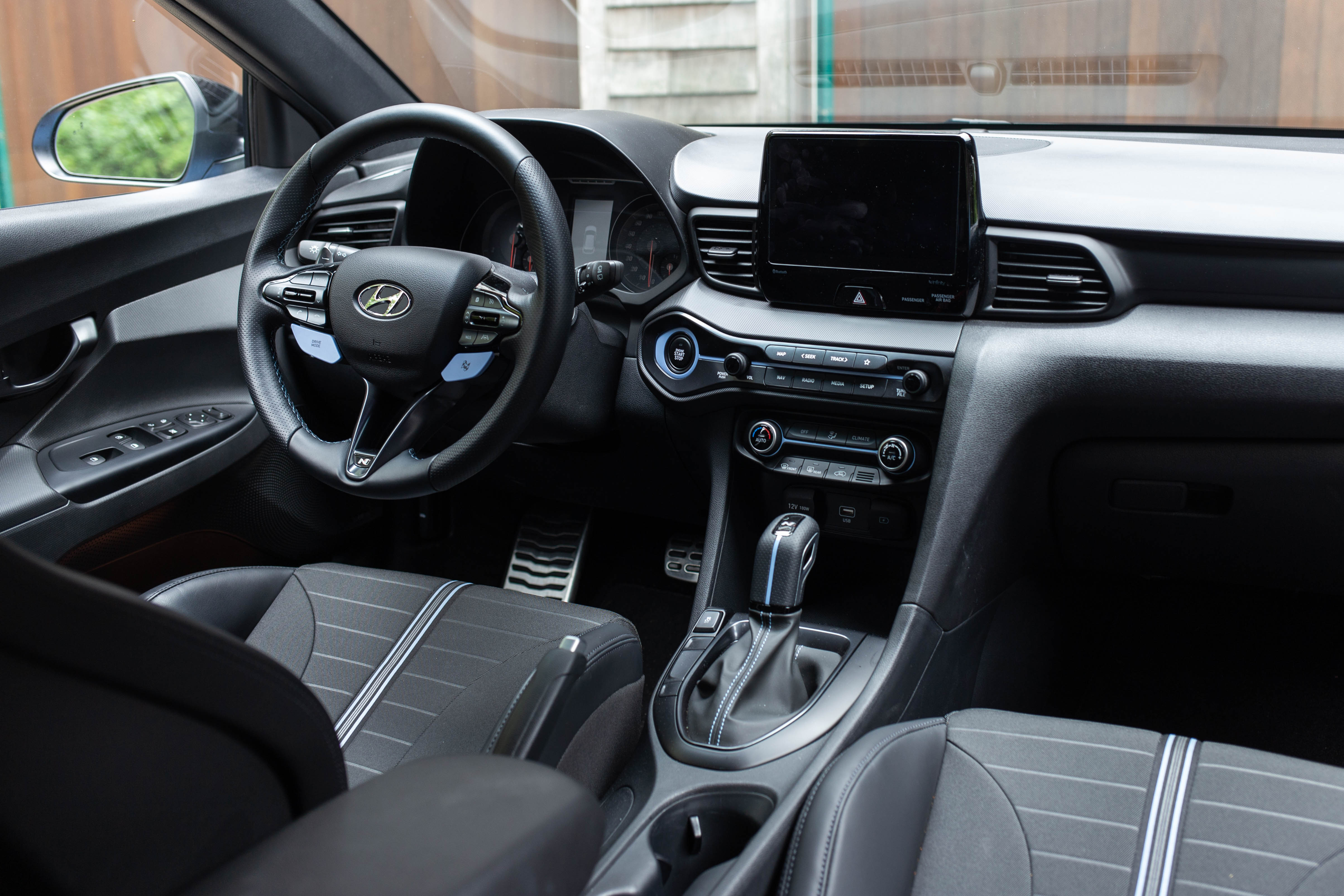 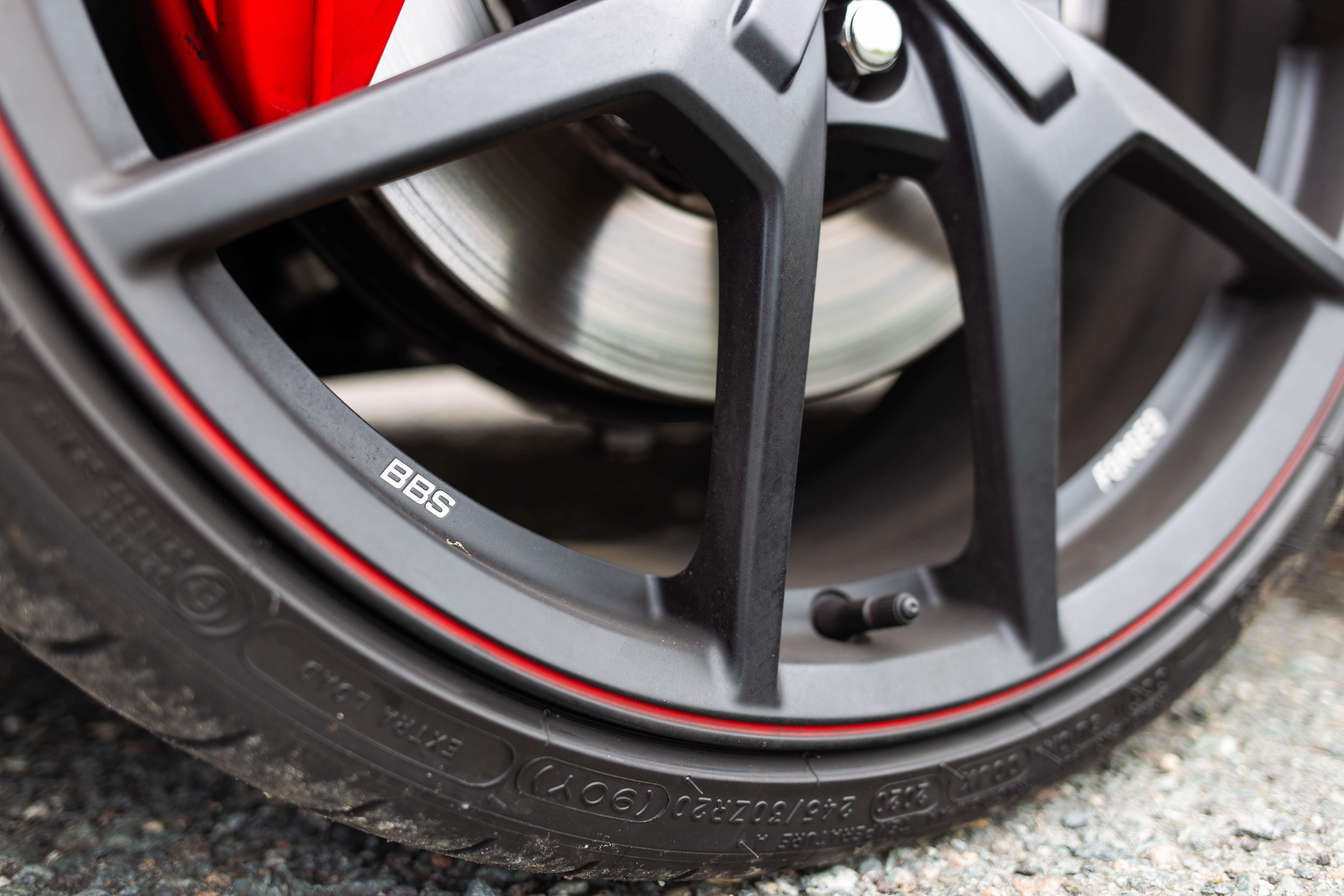 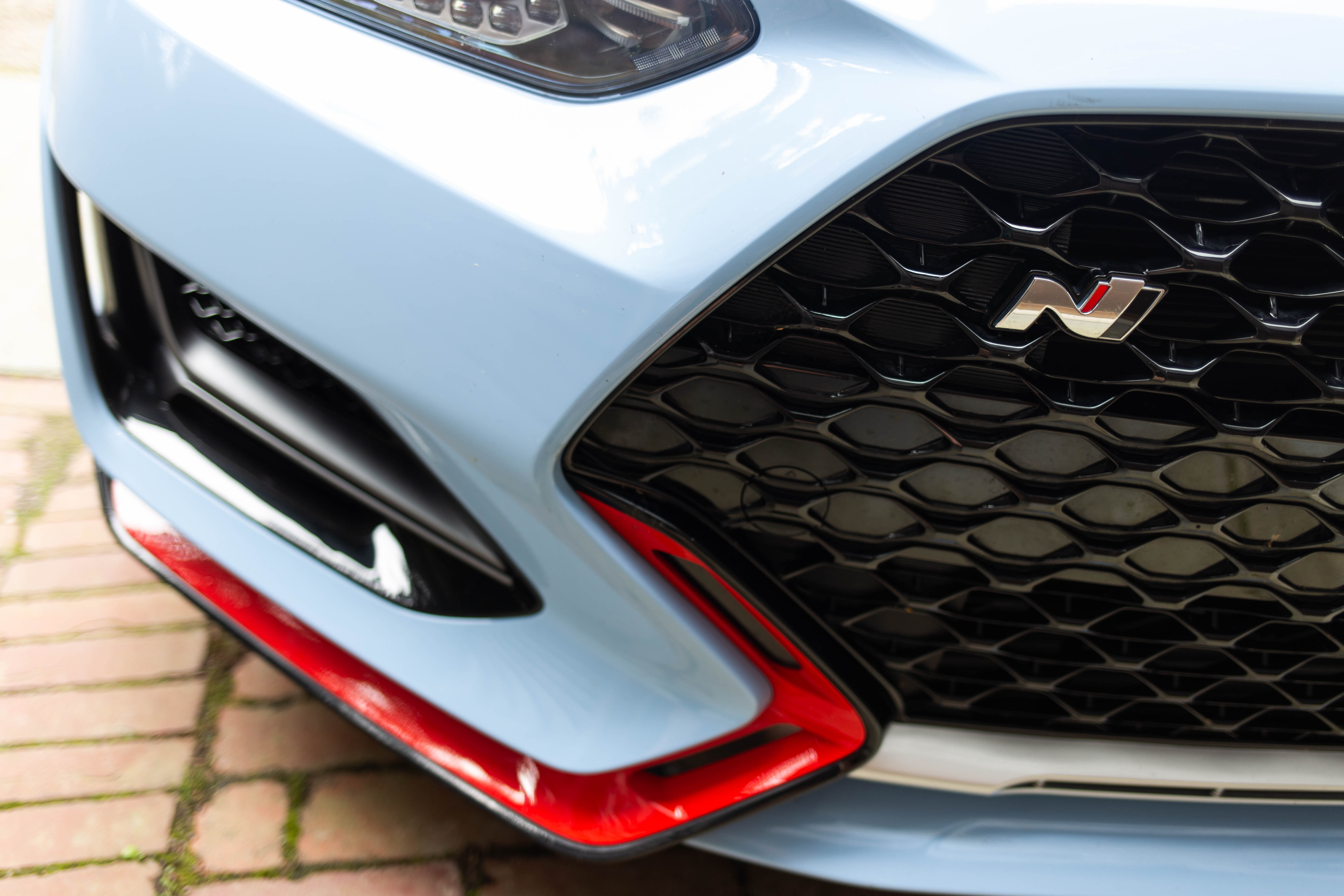 The only things I'd change about the 2021 Veloster N are the seats. It seems like they were updated for the 2021 model year to include the light-up N logo and I don't remember the same discomfort in the 2019 model I drove, so I'd likely try and source some seats from a previous model year. Do the Civic Type R's seats fit? I'd do that or invest in a good cushion.

As always, a lot of subjective aspects go into choosing one car over another, especially when the cars in question are objectively so similar. But I vibed with the Veloster N just a bit more and it made me smile just a bit bigger. It also offered a more memorable experience than the Type R, which ultimately felt a tad more serious than the Hyundai. The Veloster N is a playful thing and it will always encourage you to join in on the fun.

But if you're at a place where you're seriously considering these two cars—dealer markup and availability aside—you're doing it right. There is no wrong answer. It just comes down to which one makes you happier. 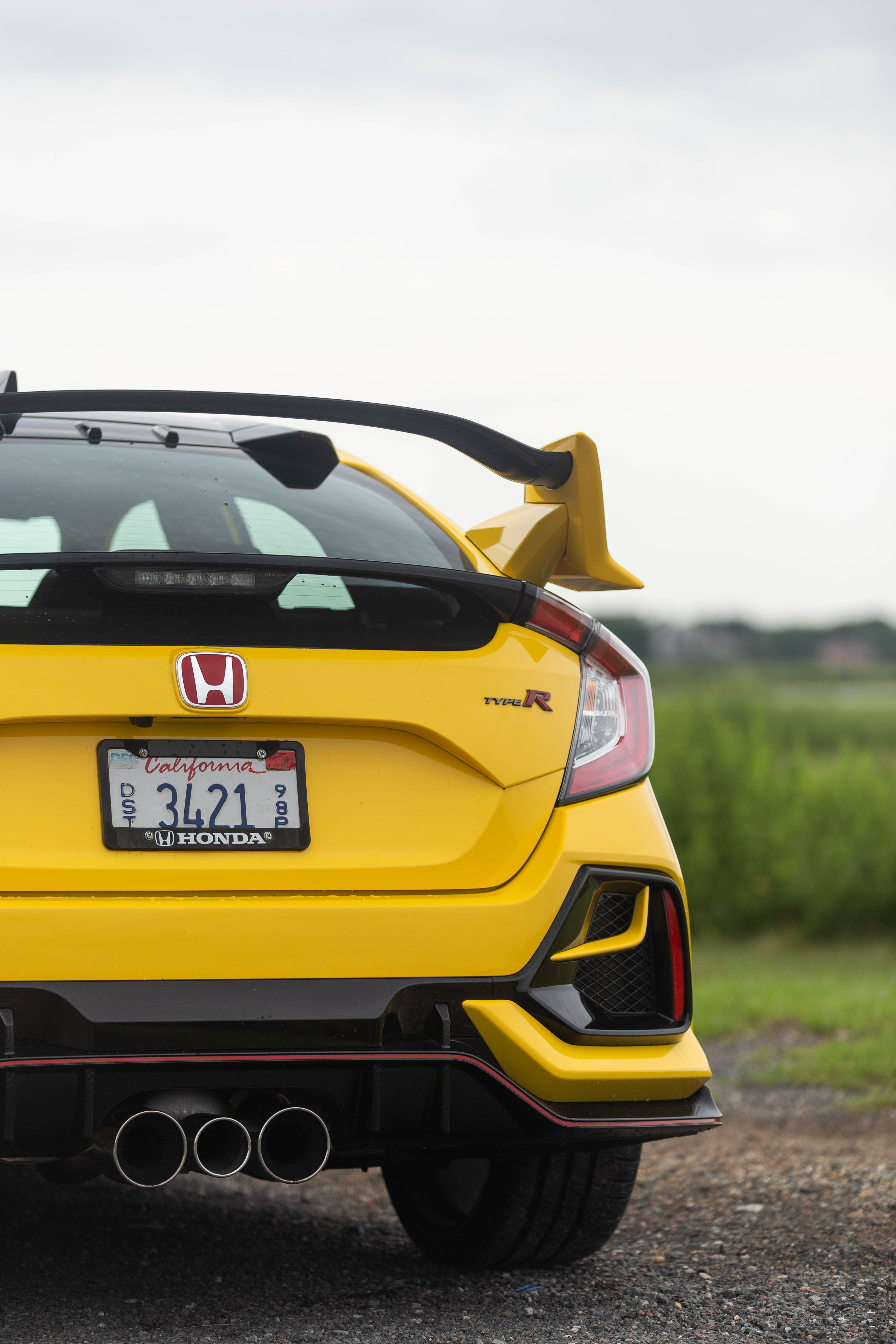 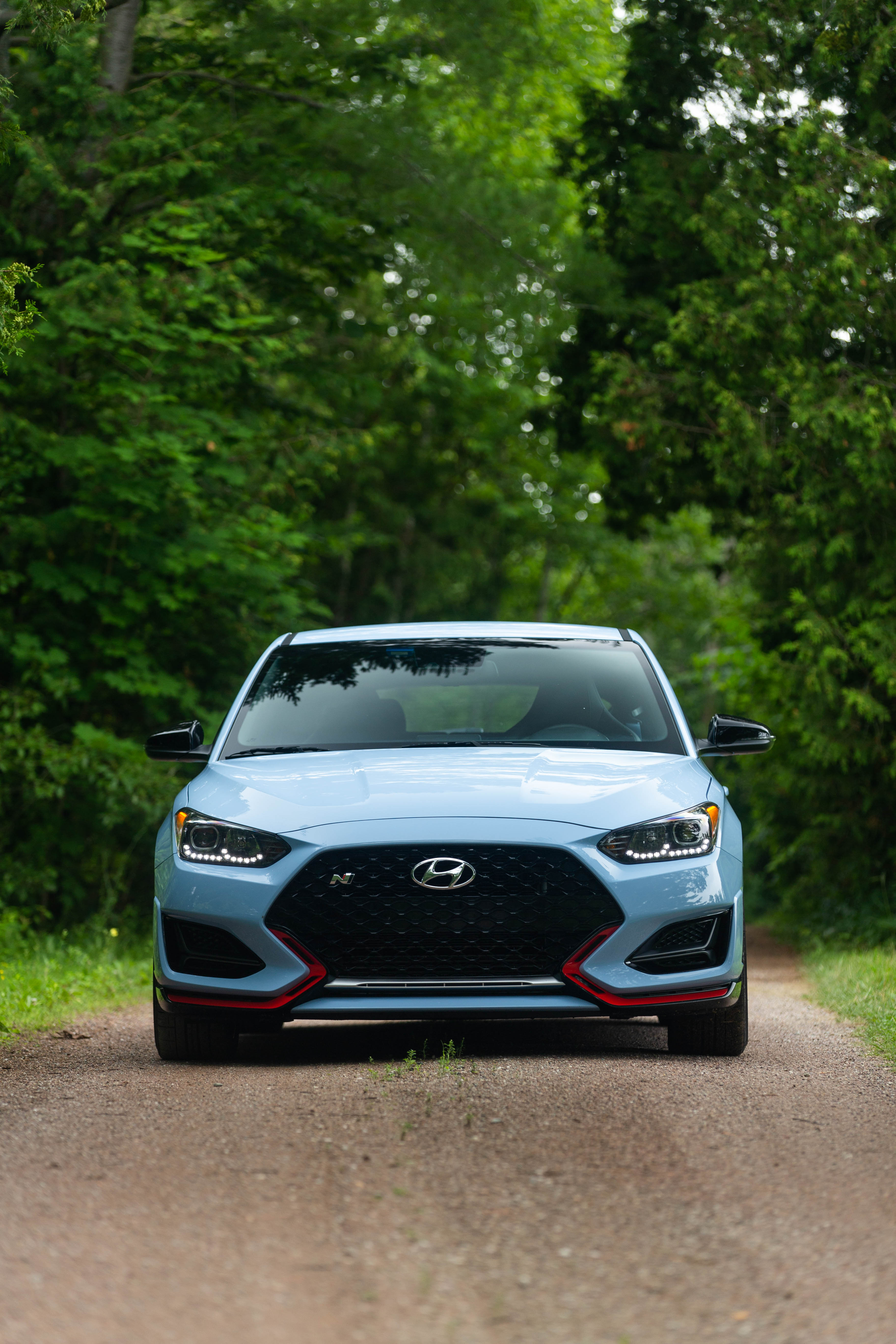