Cars like the Dodge Challenger SRT Demon and Tesla Model S Plaid have famously been prohibited from competing—until now. 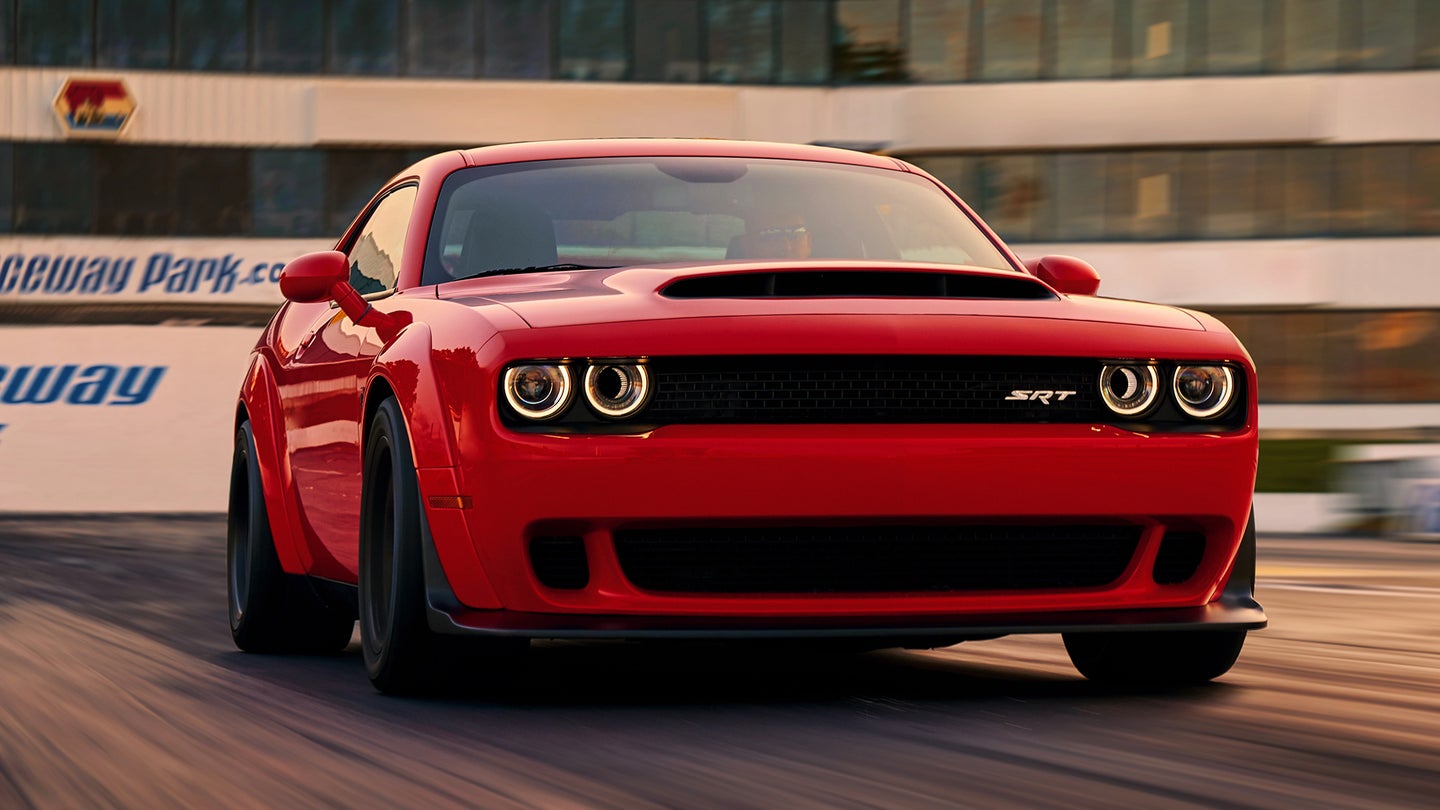 Part of what built the mythos of cars like the Dodge Challenger SRT Demon is being so quick they're banned from NHRA drag racing. Of course, it's not actually that they're too fast, just that they don't have enough safety equipment for how quick they are. In any case, that's not a problem anymore because the NHRA has modified its Street Legal drag racing category's rules to legalize nine-second factory cars like the Demon, Tesla Model S Plaid, and others.

As outlined in an NHRA release, the Street Legal category now has provisions that allow production cars that previously flew afoul of the sanctioning body's rules to compete in drag race competition. All cars running the quarter-mile in under 10 seconds used to require more safety gear than the quickest road cars today ship with, forcing them off the track. Now, though, stock production cars from 2008 onward aren't just allowed to run NHRA Street Legal events without modification; their drivers will be rewarded for beating certain times with their road cars.

The new ruleset was announced on Tuesday, March 1. It states that 2008 model year and later production cars that are plated and run DOT tires can now run as fast as 10 seconds in the quarter-mile (or 6.4 seconds in the eighth) at up to 135 mph—so long as they retain all their factory safety equipment. Model years 2014 and up are allowed to go even quicker, down to nine seconds flat in the quarter (or 5.65 seconds in the eighth) at up to 150 mph. Cars with T-tops or convertible roofs must still fulfill Summit Racing Series roll bar and cage requirements below certain threshold times, but these rules still allow cars like the Demon, Plaid, Ford Mustang Shelby GT500, and even the Bugatti Chiron to contest these events.

Should their drivers notch a quick enough time, they'll receive special rewards to show off their accomplishments, too. Street Legal competitors who break the 13, 12, 11, or 10-second barriers in the quarter (or nine, eight, seven and six in the eighth) at certain venues will get special NHRA decals for their cars, with unique stickers being reserved for those to beat 10-second quarters or six-second eighths.

Running those times, of course, requires an NHRA Level 6 license, whereas cars above the 10-second mark only require Level 7 licenses. Still, the ability to display bragging rights on one's rear window will be tantalizing to every drag racer that's just a tenth or two off the next milestone, so you can bet your next local streetcar drag night will be a little busier than usual.

There’s not another SUV that can do zero to 145 mph in under 10 seconds.

At the end of the day, these two are only racing for second place, as the Model S Plaid is still the electric king of the drag strip.

They unlock Demon power levels without the price or exclusivity.