We'd call it the world's most unassuming nine-second car if not for the giant Mickey Thompson drag slicks and parachute out back. 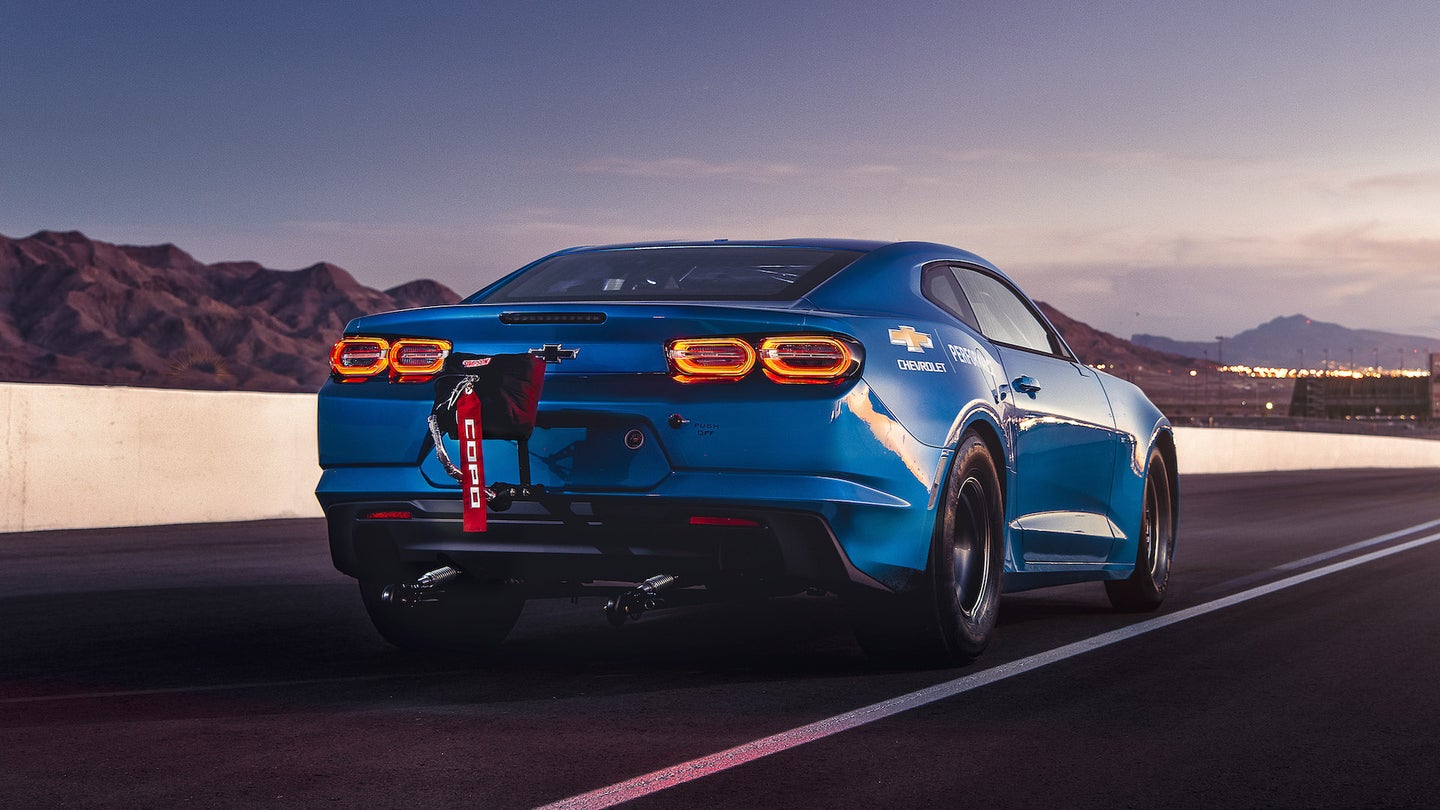 Whether or not you visited SEMA last year, you probably heard about the vehicle General Motors was proudest to display: the Chevrolet eCOPO Camaro. Unlike the other snarling, fossil-fueled performance machines on display, the Chevy was touted as a quarter-mile-killer that required nothing but a full-charge to rocket toward the finish line. GM built just one example of the eCOPO, and now, it's heading to auction at Monterey Car Week.

Built from the bones of a turnkey COPO Camaro drag car, the eCOPO featured not an LSX V8, but twin BorgWarner electric motors, which turned 800 volts into over 700 horsepower and 600 pound-feet of torque. When sent to ground via nine-inch Mickey Thompson drag radials, which are pressed down by a 56-percent rear weight bias, the eCOPO could complete an eerie, near-silent quarter-mile in 9.51 seconds and at 140 miles per hour. Performance wasn't the only thing to give GM the ability to flex on both Dodge's equally drag-ready Challenger SRT Demon and Tesla's road-legal Model S P100D; neither of these ultra-quick competitors could perform wheel stands quite like the eCOPO.

Auction consignor Russo and Steele will take bids for the car late this Friday evening at a Monterey Car Week auction that will see over 300 exotic cars sold. Offered as a package deal with the eCOPO is specialized training for operating and servicing the vehicle, whose maintenance procedures obviously differ from those of the other 69 COPO Camaros offered last year. It'd be reasonable to assume that this specialized weapon of a car will go for around $500,000 as Russo and Steele told Fox News—if not more because of its historical significance, or its outrageous, nine-second quarter-mile times.