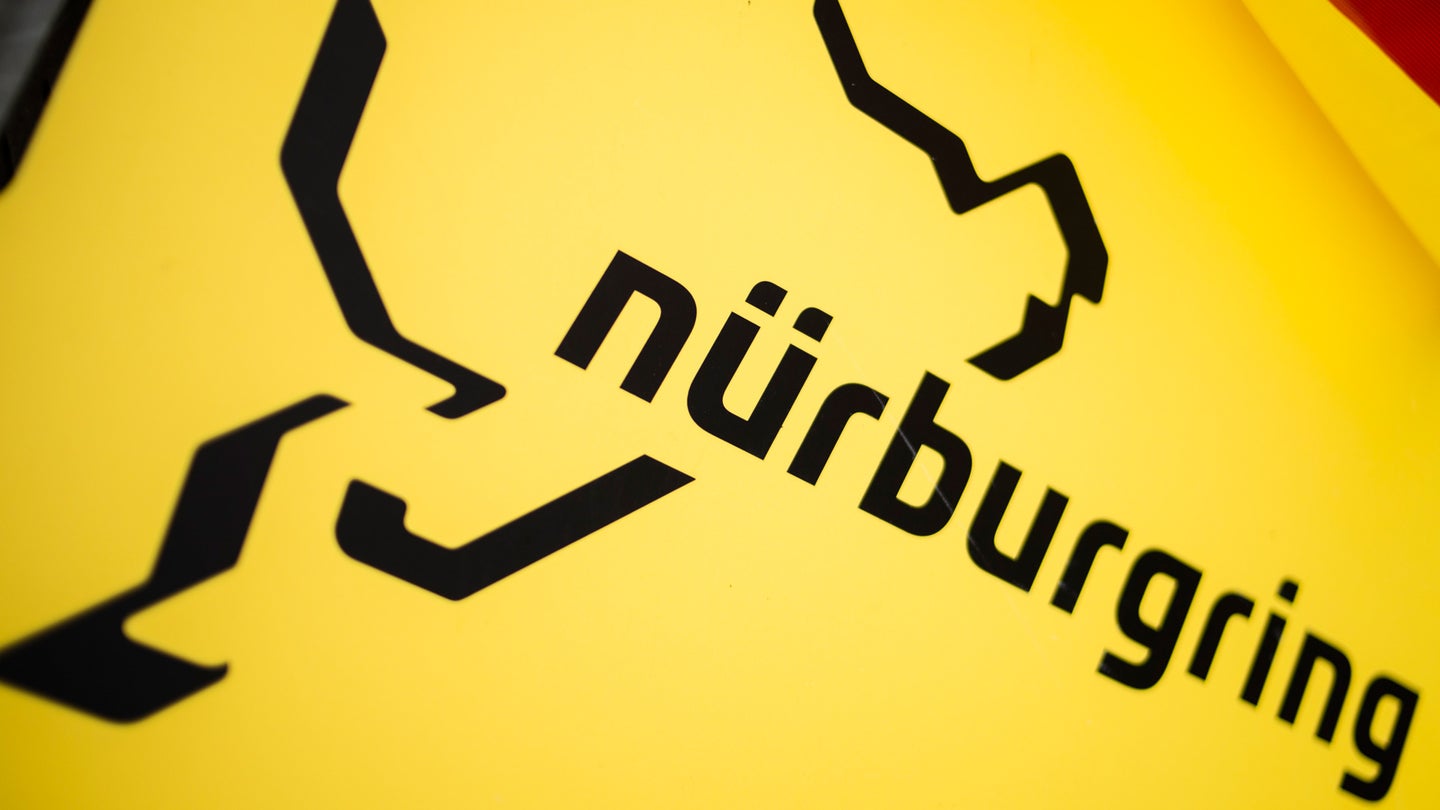 One of my earliest car-related memories is the first time I got to drive a car. It was the mid-1990s and I was just a few years old. My dad took me for a ride in his K10 Chevrolet Blazer and I was ecstatic when he told me that I could drive. I sat on his lap and he let me "steer" around the neighborhood. This morning, I woke up to find out that another kid got to do the same thing, except his circumstances weren't as safe as mine. Now, the internet is absolutely furious, even calling for an outright ban of the adult in the car from the ring, claiming its "neither the time or place" for children.

This L322 Range Rover was photographed doing laps on Nürburgring's Nordschleife on Sunday. One Facebook page spotted something a little off about the below photo. Can you spot the difference?

Still can't see it? Have a look at the several other photos on the photographer's website.

That right, there is a child in the front seat holding the steering wheel. Most of the people don't seem to be upset that the father is letting the boy steer the car. He probably has his hands on the bottom of the wheel, and the child is strapped into the safety belt (also not the safest thing). Looking back, I see myself seated right in the front seat of my dad's truck, hands on the wheel and eyes gazing out on my very first road. It was a great bonding moment, and one of my first real experiences with a car.

This child is in the front seat, steering a car, on a racetrack.

The Nürburgring is dangerous. It might not seem like it, but there are plenty of examples of even seasoned drivers who cannot handle the track, or some who are the subject of freak accidents. Even though emergency services do exist on the track, you should hope to never need them. If the child happened to jerk the steering wheel into another motorist, or if the adult let go of the wheel and the child couldn't move out of the way of a vehicle traveling twice (or more) their speed, it could have caused a devastating accident.

At minimum, the adult in the car has broken at least one of the Ring's rules that when translated states "Every driver must own a valid drivers license and a valid ticket/permit issued by Nürbrurgring GmbH", leaving him responsible for a $58 (converted from €50) fine and a possible ban from the track, something that Facebook comments have already called for multiple times.

We're not calling for a witch hunt, but we are using this as a perfect example to advocate for good judgement. This is dangerous to not only the adult and child in the vehicle, but the other drivers on the track. Driving is a right of passage in many cultures, and I bet that both drivers were so proud to drive around the Ring—but it's not safe.

When it rains on a sunny day at the Nurburgring, chaos ensues.