The U.K. government announced Saturday that drone registration will soon be implemented across its region. 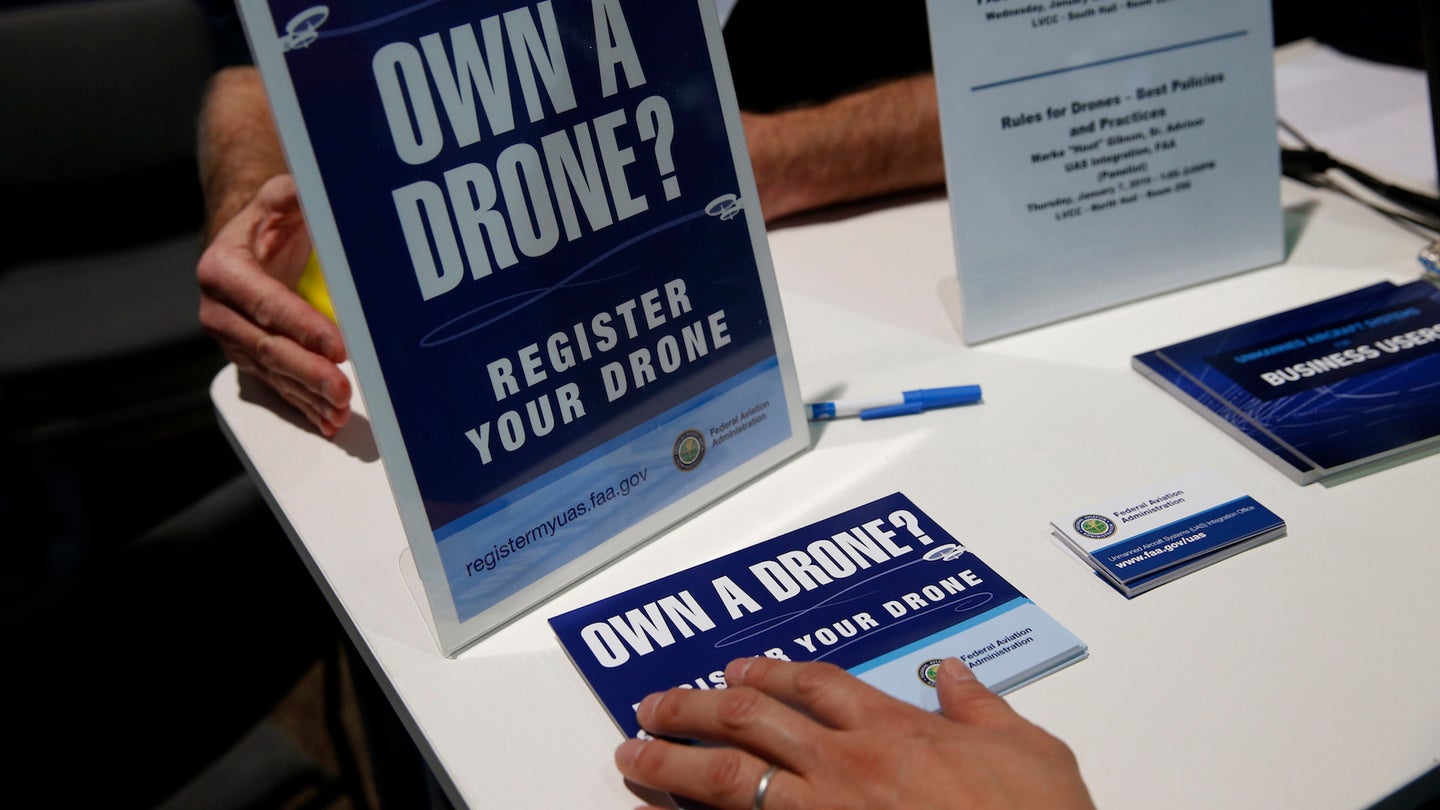 The U.K. government and the Department for Transport (DfT) announced in a press release Saturday that they are hashing out the details for how to instate their mandatory drone registration for unmanned aerial vehicles (UAVs) weighing over 250 grams. The government wants to "improve accountability and encourage owners to act responsibly," it said in its release.

This latest development follows a consultation published last year, in which members of the public urged the government to manage and address the "safety, security and privacy challenges and concerns that drones present" for all citizens involved, according to TechCrunch, In the United States, of course, we saw a similar plan by the Federal Aviation Administration (FAA) get overturned by a court that deemed mandatory drone registration unconstitutional. Where to go from here is still quite unclear, but it seems the U.K. is now leading the charge of responsible, registered UAV use.

According to TechCrunch, in addition to requiring users to register their drones, the government is also keen on implementing a mandatory drone safety test. This is supposed to make people understand their responsibilities as a drone operator. Think of it like a driver's license, where part of the deal is that you convince the instructor you actually know what you're doing in the parking lot.

Apparently, the government will also be looking into expanding the geofencing restrictions of U.K. airspace, as far too many drones have interfered with airports, firefighters, and an alarming amount of prison property in the past. The DfT is aware that manufacturers such as DJI have already programmed certain geofenced restrictions into their software but says it "would like to reinforce this work." In any case, the government has not yet stated when these regulations and registrations will fall into place, or in what capacity they'll be instated. Will registering be as easy as downloading an iOS app, or will it require some actual bureaucracy and physical cueing? This is all still very unclear.

The pleas from governments are largely sensible and beneficial to all. Essentially, you should keep your drone in sight and below 400 feet. Don't fly into private property, into airports, emergency scenes, or any other serious situations. Be sensible, and stay safe. This is the balance that the U.K. government is asking to strike with its UAV-commandeering public. So far, so good. We'll make sure to keep you updated on this story as it develops.