There’s a right way and a wrong way to tip your driver. 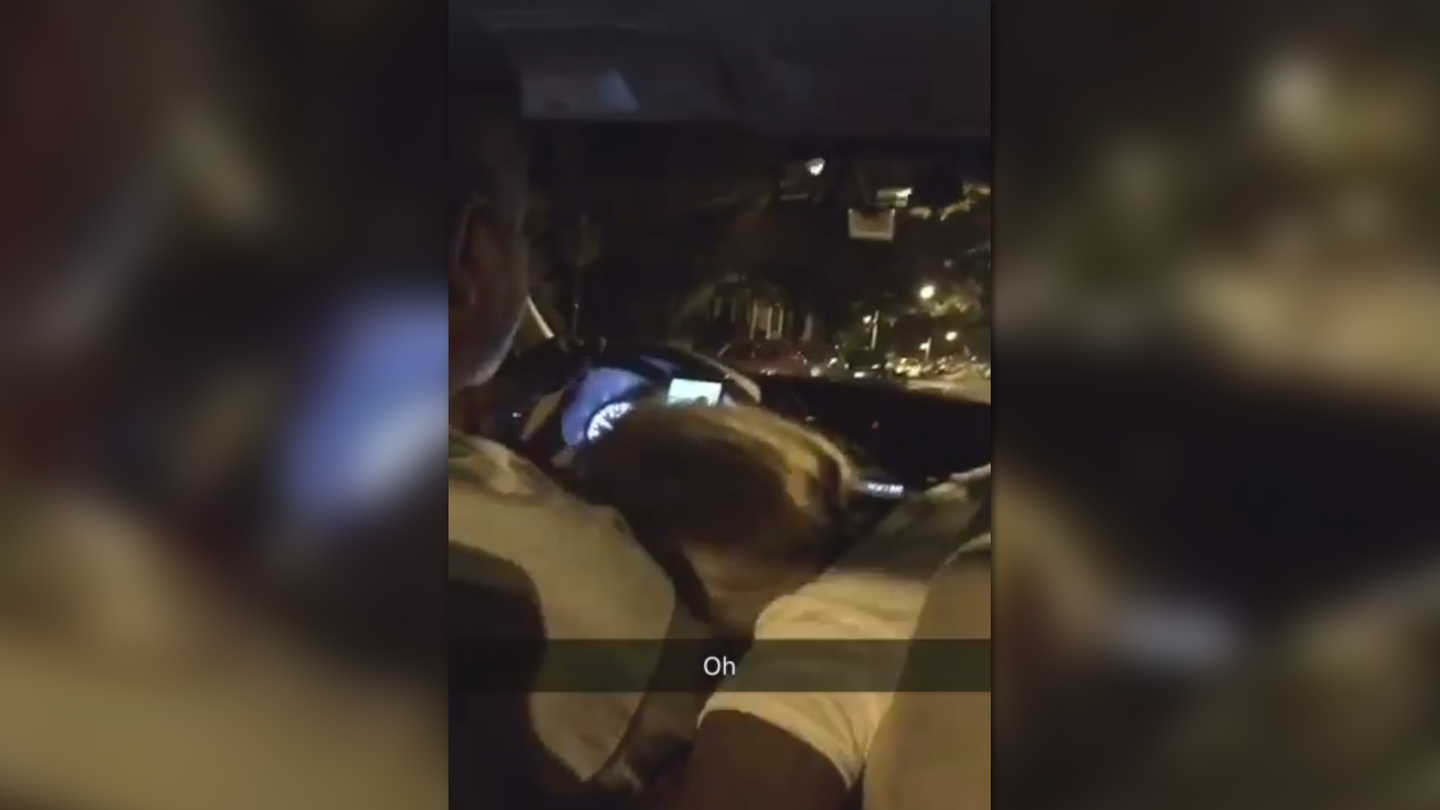 Gizmodo reports that Uber has suspended a Boston driver seen in a video kissing, canoodling, and apparently receiving a beej from an intoxicated female passenger in the front seat, all while driving another horrified passenger in the back seat who recorded the whole thing on his phone last week.

According to a Facebook post on Uber's page, Aner Manuel summoned a private Uber X in Boston on the night of July 16 and was surprised when his driver arrived with a woman already in the passenger seat. He writes that he assumed the woman was a relative of the driver, though Uber drivers are not allowed to have anyone other than paying riders with them when they're working. But things apparently took a turn for the worse right away, as the woman "appeared to be on drugs" and tried to open the car door as the unwitting threesome drove away.

The driver and his paramour soon began kissing and grabbing at each other as the trip continued, and Manuel grew increasingly uncomfortable until suddenly the woman ripped off the driver's belt, leaned over, and starting giving him the full Lewinksy. That was enough for Manuel; you can hear him at the very end of the clip saying "Right here is good," bailing in an unfamiliar neighborhood to escape the awkward (and potentially dangerous) situation.

Manuel says he immediately reported the encounter to Uber, who refunded him for the ride and gave him an extra $10 credit and some lip service about "investigating." But the company was less sanguine with Gizmodo—a spokesperson called the video "appalling" and said the driver had been "removed" from the service.

French Study: 76 Percent of People Have Had Sex in Cars

Valentine’s Day Journalism: According to the French, the automobile is basically just a rolling boudoir.