So, um, whose fault is this? 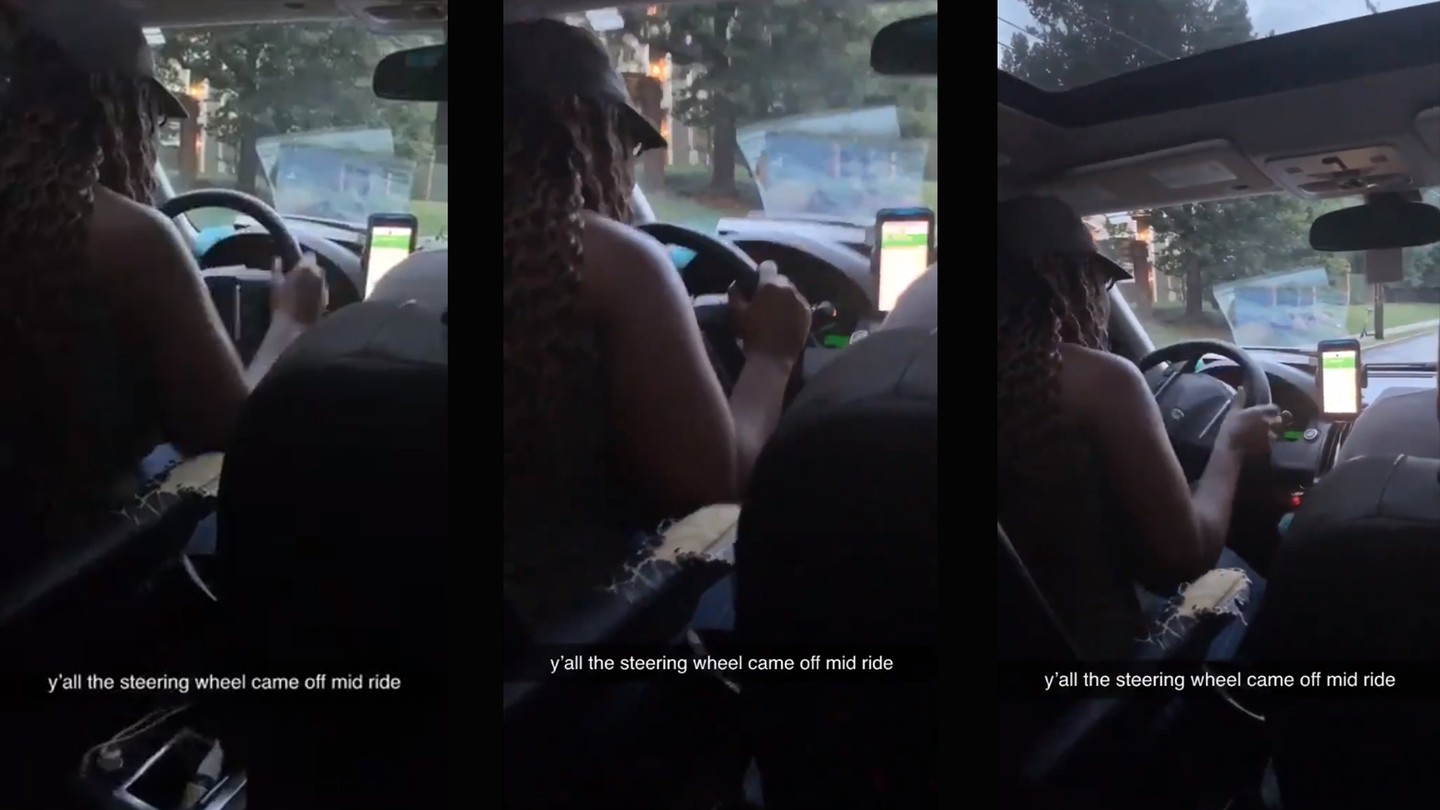 Taking an Uber can be a hit or miss experience. For instance, your driver could be totally oblivious of where to go, even with navigational directions provided by an app. Other, more drastic hiccups can and do sometimes happen, but we've not seen anything quite like this until now. Recently, an alleged Uber rider caught on video the moment that the steering wheel of the car they were riding in completely dislodged itself, leaving the driver in a complete and understandable panic.

Twitter user @shawndagoat took to the social media platform to express his utter disbelief, and the video has since gone viral.

Details are quite limited, but the caption to the user’s tweet reads: “My Uber driver stirring (sic) wheel came off.”

The video shows him recording from the right rear passenger seat while his driver was fiddling with the steering wheel on what appears to be the interior of a Land Rover LR2. And then, almost like a comedy skit, the driver seemingly accidentally pulls the entire wheel off the steering shaft. Thankfully, it appears they weren’t in motion and were pulled off to the side somewhere with the hazard lights flashing.

Due to the limited info, it’s hard to tell whether this situation is legitimate and if at all, involves an Uber hire. But given that Uber has been treading on thin ice over the years, the company doesn’t take rider safety lightly as its social media and customer response team immediately responded to @shawndagoat’s tweet.

It’s possible that the Torx bolt simply came off from incorrect fastening during its previous service. The Land Rover LR2 was also not a victim to any driver-side Takata airbag recalls, so it’s a big question as to why the steering wheel was possibly serviced in the first place.

But nonetheless, we can all agree that we wouldn’t want this happening in any situation whatsoever.