Uber and Lyft Have Officially Stopped Hiring Drivers in NYC 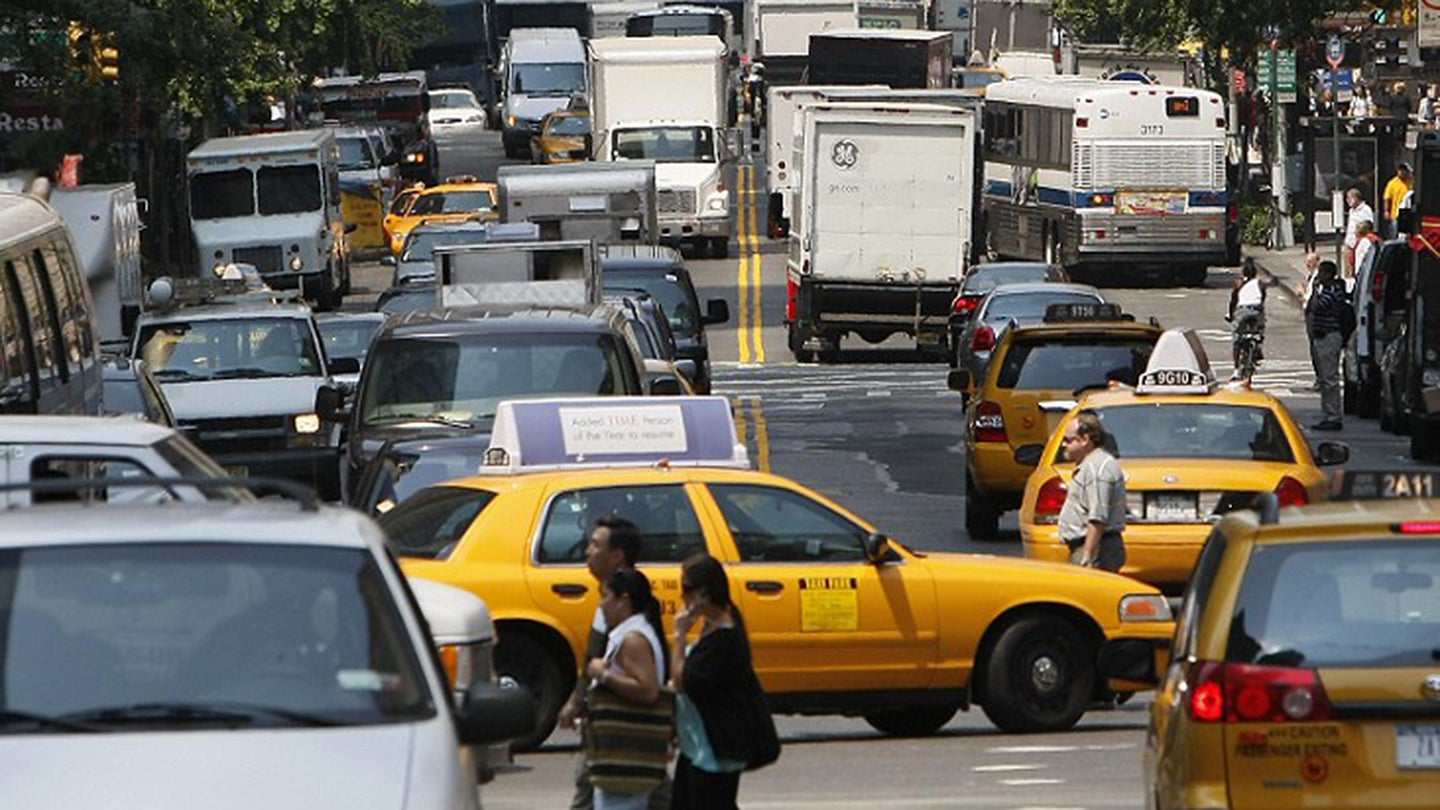 Uber and Lyft are no longer accepting new ride-hailing drivers in New York City. The Big Apple is one of the most important markets for the rival companies, but the city government has begun to push back against the uncontrolled growth of ride-hailing services with a one-year cap on new vehicle licenses, as well as a law mandating a minimum wage for drivers.

Uber stopped hiring new drivers in New York City on April 1, while Lyft ceased on April 19, reports Politico. In a posting on its website, Uber attributed the hiring freeze to new rules enacted by the Taxi & Limousine Commission (TLC), which regulates for-hire vehicles in New York City. An anonymous source with knowledge of the matter told Politico that Uber was specifically responding to the minimum-wage rule. Lyft stopped hiring drivers for similar reasons, according to Politico.

Legislation passed in 2018 empowered the TLC to set a minimum wage for ride-hailing drivers. The rule, which went into effect February 1, requires companies to pay drivers $17.22 an hour after expenses. According to a TLC-commissioned study, drivers previously made an average $11.90 per hour, below New York City's minimum wage of $15.00 an hour.

The minimum-wage rule is based on vehicle "utilization rates," meaning how often a vehicle is carrying passengers. The amount drivers are paid per mile and per minute is adjusted based on how much work they're getting per hour. The idea is to ensure cars don't spend too much time driving around empty, but Lyft has claimed the way wages are calculated under the new rule favors Uber and puts smaller companies at a disadvantage.

New York City has taken the lead in regulating ride-hailing services like Uber and Lyft. It was the first United States city to set a minimum wage for drivers, and the first to enact a cap on ride-hailing vehicles. Lawmakers were driven to action by concerns over traffic congestion and the effect of ride-hailing on the taxi industry. New York City still requires taxi drivers to purchase expensive licenses called medallions, but the money-earning potential of taxis has plummeted in the face of competition from Uber, Lyft, and other ride-hailing companies.

Both Uber and Lyft told Politico that they will start hiring again once the driver supply dips too low. Given the high turnover rate for Uber drivers, that could happen sooner rather than later. The TLC also noted that the hiring freeze was undertaken only by Uber and Lyft, and does not affect other companies. Smaller firms Via and Juno also operate in New York City.

However, Uber is still expected to have one of the country’s largest IPOs in years.

Uber estimates that its IPO will fetch $10 billion in fundraising from shares priced $44 to $50.

In addition to passing an initial background test to get started, drivers will have their criminal records monitored daily.