And it's got two new celebrity investors, including former F1 champ Jenson Button. 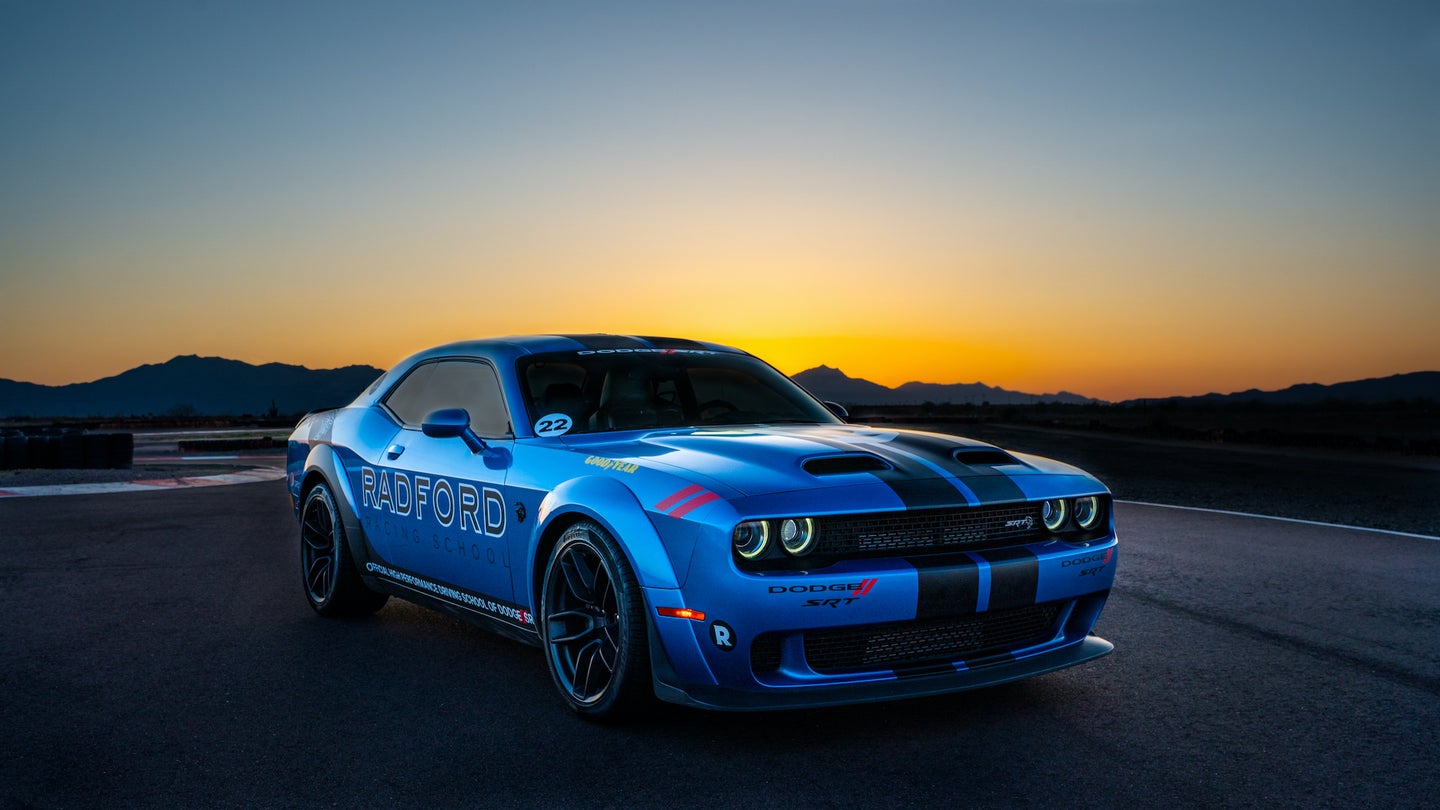 After years of alleged mismanagement, the Bondurant High Performance Driving School filed for bankruptcy in 2018, subsequently changing hands and undergoing millions in facility upgrades and a curriculum overhaul. By all accounts, the renewed Bondurant is as good as the old ever was, but because it's no longer the Bondurant family biz, it's not going to be named after them. The Arizona school known as Bondurant since the '90s is now called the Radford Racing School, and its new owners hope to make it as big a destination for impassioned drivers as any track on the planet.

Radford, for my fellow confused Americans, is the name of a historic, recently revived European coachbuilder of modest acclaim in Europe, who sold fancied-up Austin Minis and Aston Martin shooting brake conversions. It's a little-known name Stateside, but its high-profile backers including 2009 Formula 1 champ Jenson Button and Wheeler Dealers host Ant Anstead aim to dig Radford not just a western foothold, but a global one, turning Radford into a "modern lifestyle brand" that's all about appreciating cars. Specifically, how to drive them with skill.

Plans for this as reported by Top Gear, involve rolling out new series of coachbuilt cars that'll be tested onsite at the Radford Racing School in Chandler, Arizona, which Radford plans to be "an experience destination for international auto enthusiasts, everyday drivers, new drivers, racers, celebrities, and influencers." Radford will get its name out via a branded TV show and by plying partnerships with celebrities and social media personalities, funneling the public toward its cars, merchandise, and onsite experiences at the school.

The Radford Racing School inherits all of Bondurant's accolades, with its experienced instructional staff and its purpose-built training facility, claimed to be the largest in the world. There, Radford maintains more than 80 vehicles for various high-level driving and racing courses. It has gov-spec sedans and SUVs for police and military training—presumably involving some spectacular J-turns—and a large fleet of performance vehicles for motorsport's various disciplines. Ligier JS Formula 4 cars offer open-wheel experience, while a whole host of Hellcat-powered Dodges are on hand for Radford's drag racing school—even the Challenger SRT Demon's 840 horses are present in the stable.

Ironically, though the Demon itself is banned from the NHRA for being too quick for an uncaged car, driving one there might help net you an NHRA Drag License, which Radford says can be earned onsite. Even if you're not seeking to live your life (or at least your weekends) a quarter-mile at a time, the Radford Racing School still sounds—going by our Kristin Shaw's recent experience there—like a hell of a place to spend a day.