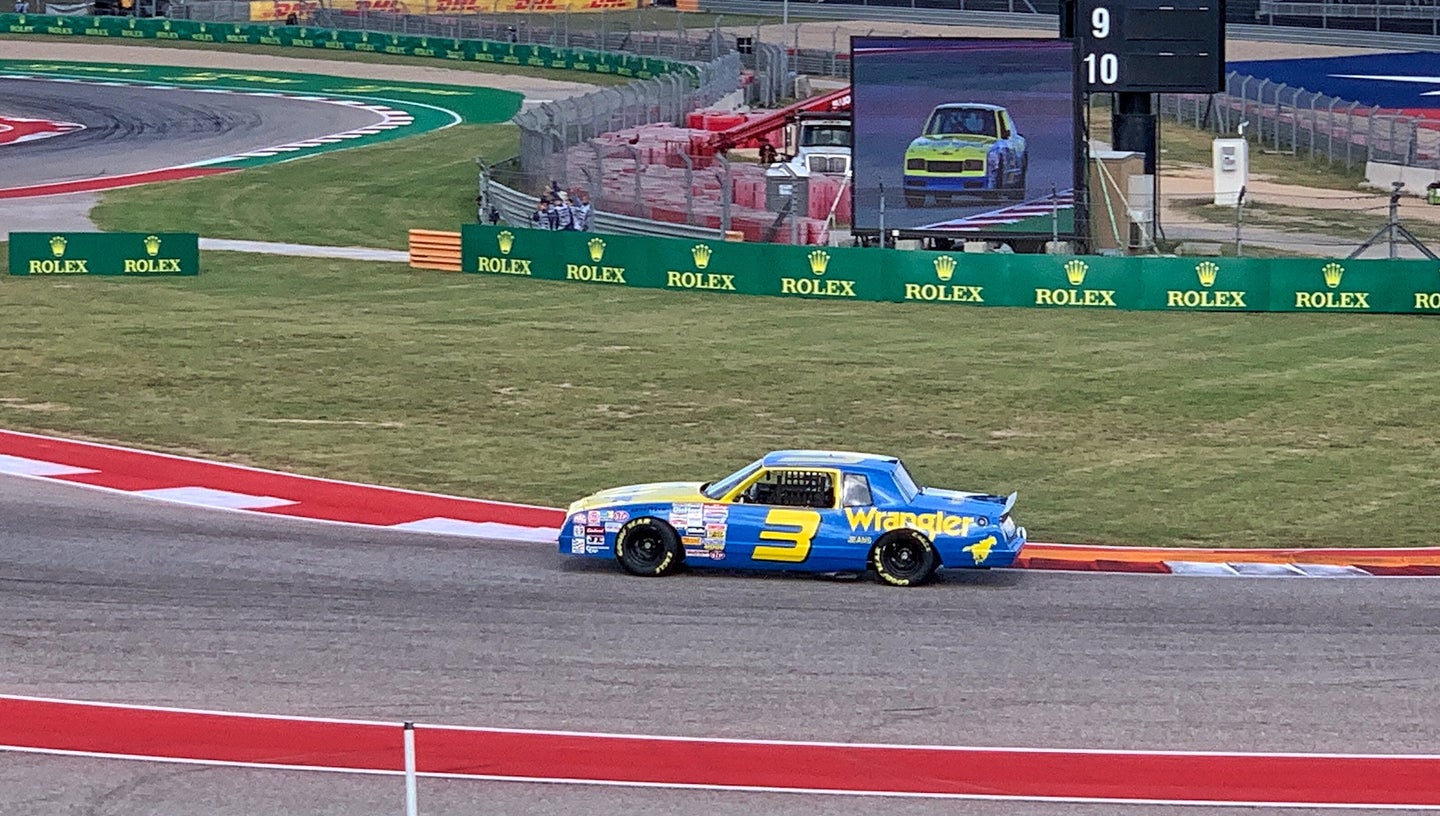 McLaren Formula One driver Daniel Ricciardo was able to fulfill a childhood dream Saturday morning at the Circuit of the Americas in Austin, Texas. The Australian got behind the wheel of Dale Earnhardt Sr.'s 1984 Chevy Monte Carlo NASCAR and lapped the 3.4-mile track several times, even stopping to do donuts for the cheering fans.

As you may already know, McLaren CEO Zak Brown likes to incentivize his drivers with extraordinary perks, hoping that it'll motivate them to push even harder on the track. Earlier this year, Brown promised to gift Ricciardo a joyride in his idol's iconic NASCAR whenever he scored his first podium with the F1 squad. Ricciardo did one even better and delivered McLaren's first win 3,123 days at the Italian Grand Prix.

Of course, it was time to pay up, so Brown took The Intimidator's Chevy out of his personal collection in Europe and brought it to Austin so Ricciardo could drive it during the U.S. Grand Prix weekend.

As you can see in the photos and videos above, Ricciardo wasted no time getting up to speed and winding up that roaring V8.