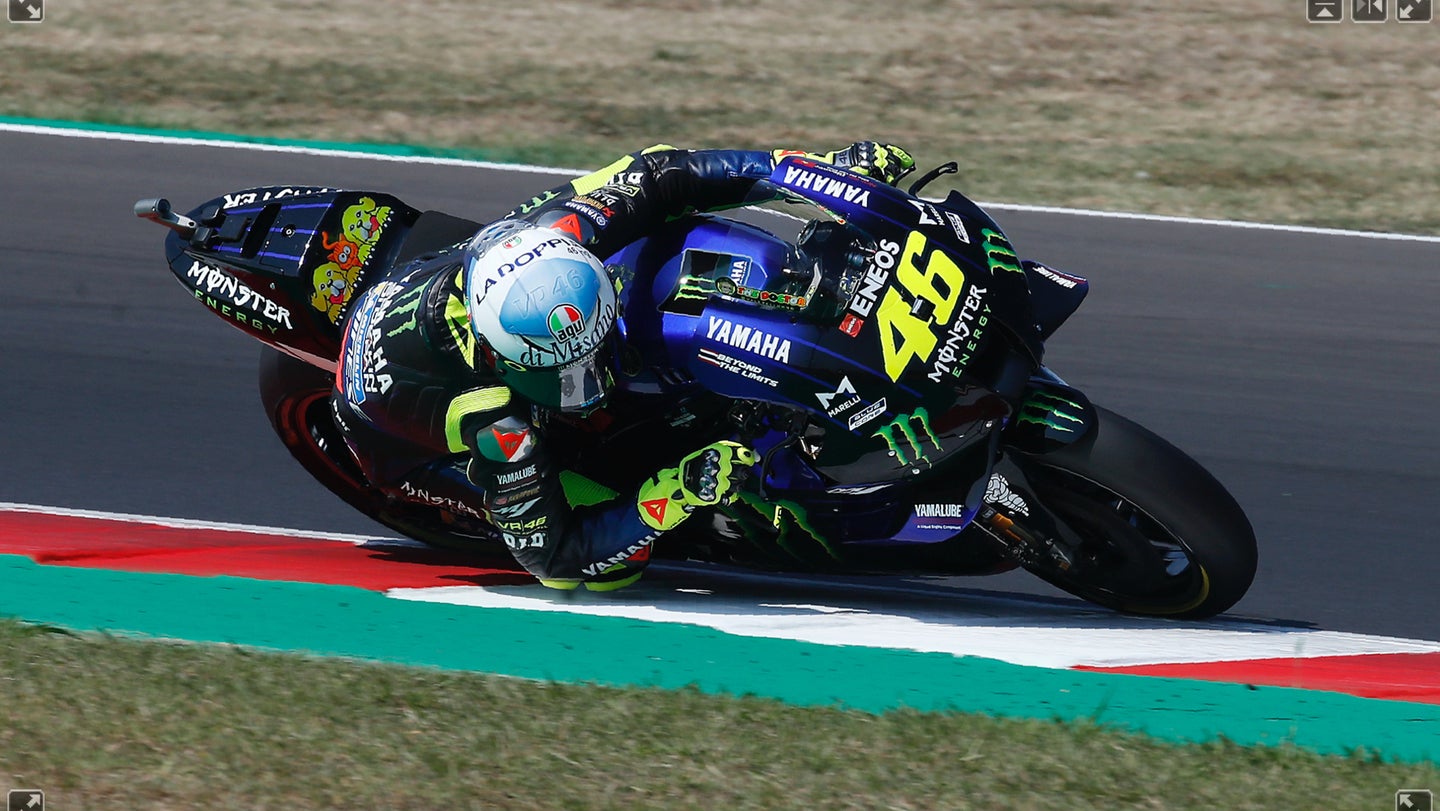 Nine-time motorcycle racing world champion Valentino Rossi announced today that he tested positive for COVID-19, becoming MotoGP's first rider to test positive for the virus. As a result, he will have to miss the next MotoGP race at Aragon.

Rossi, whose nickname is "The Doctor," says that he had to go to his doctor this morning with after waking up feeling sore and running a slight fever. He took two tests: a quick PCR test which came back negative, and a more involved test which returned a positive result this afternoon.

Rossi will definitely miss the next MotoGP race at Aragon this weekend, and says that it's highly unlikely that he'll make the second race at Aragon on Oct. 25.

"I will now follow the medical advice, and I just hope I will be feeling well soon," Rossi said in his announcement, which was posted to Twitter on Thursday.

The Yamaha team Rossi rides for will self-isolate as a result of Rossi's diagnosis and the team's medical staff will continue to closely monitor Rossi's condition, reports ESPN. The team has not said whether they'll run a replacement rider in Rossi's place, although test rider Jorge Lorenzo could be an option.

Seven of Rossi's championships are in MotoGP, where he still competes today. The Doctor currently sits 13th in the 2020 season championship standings.

Members of the MotoGP paddock have tested positive for COVID-19 already this season, but Rossi is the first top-level MotoGP rider to do so, ESPN notes. Moto2 rider Jorge Martin was forced to sit out from last month's Misano double-header weekend after testing positive for COVID-19. Moto2 is the class of motorcycle racing just below MotoGP and runs on the same weekends.