One of the most grueling and beloved rallies of all time was supposed to return to the WRC calendar this year, but we all know what got in the way. 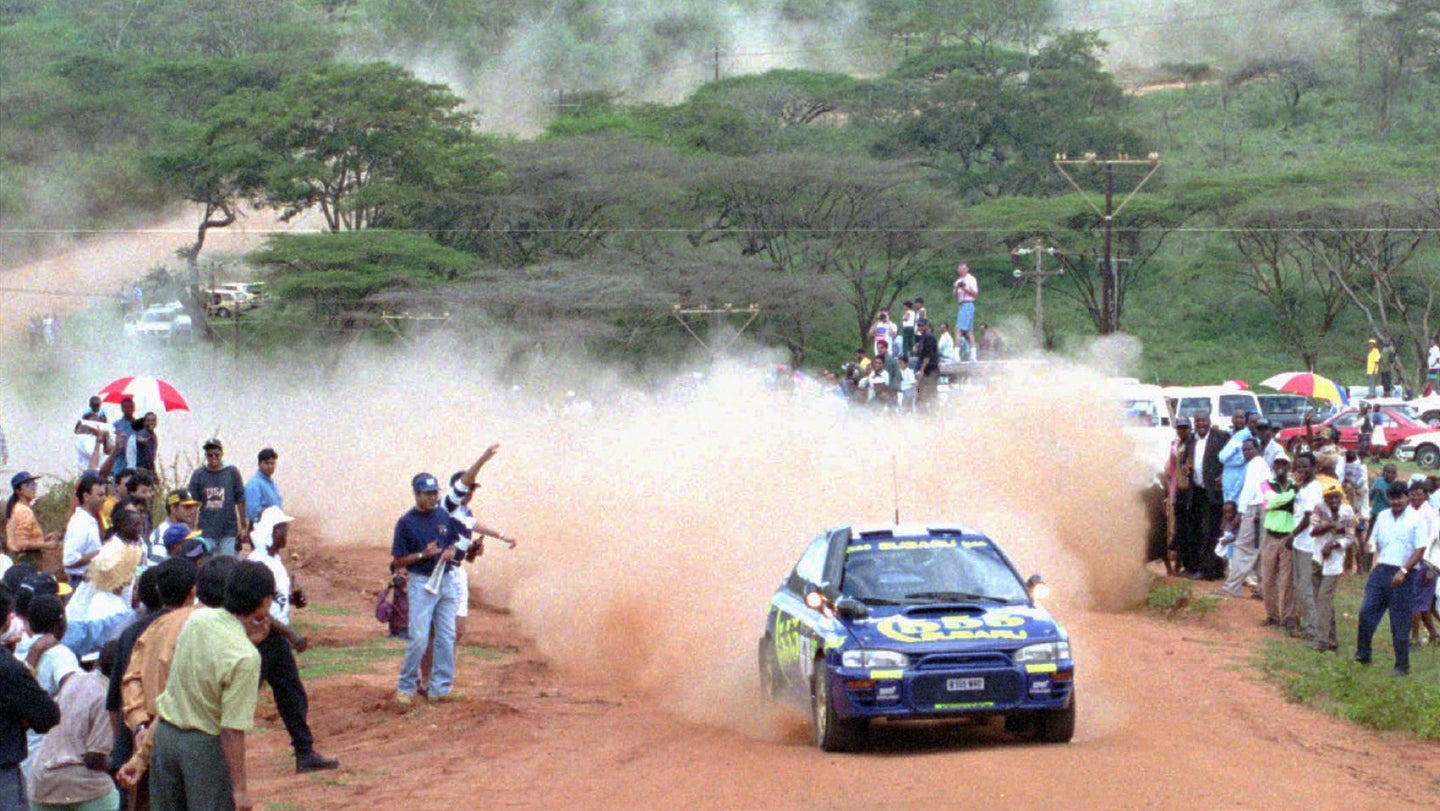 It's official (again, we hope): Kenya's iconic Safari Rally will return to the World Rally Championship, reports Motorsport.com. The WRC announced its 2021 calendar today, which included both this classic East African favorite as well as the WRC's first-ever trip to Croatia.

The Safari Rally was last run as part of the WRC in 2002, and it has been beloved by fans for being even more of an endurance battle than most rallies. Rough roads, impressive wildlife (that sometimes gets in the way), and sticky, hot, and impossible-to-predict weather conditions made it especially grueling. Previously, the Safari Rally could be as long as 3,700 miles and take up to six days to finish.

The Safari Rally was supposed to return to the WRC calendar in July 2020, but it was cancelled in May due to the ongoing COVID-19 pandemic, per Autosport. WRC's 2020 season went on hold during March's Rally Mexico, which was shortened by a day as travel restrictions across the world were being announced to try and curb the spread of the novel coronavirus.

The Safari Rally's planned 2020 route was considerably shorter than its six-day heyday, with a rally lasting from Friday through Sunday preceded by a Thursday evening super-special stage, however, Dirtfish noted that the challenges of Kenya's grueling terrain were still very, very much there.

Hopefully it happens in 2021 so we can see exactly how teams will adapt modern-day rally cars to the fine "fesh-fesh" dust, big ruts and impressive splashes that were so entertaining in previous years.

Coronavirus is still a thing, unfortunately, and the WRC planned its 2021 calendar with the expectation that travel restrictions would still be in place well into the year. WRC Promoter managing director Jona Siebel explained in the series' announcement:

“We could not foresee any long-haul events being held in a safe manner for the public, or for our large group of travelling staff, suppliers, competitors and media, for the first five months of 2021.

It’s essential our event organizers are fully committed to managing the difficult COVID-19 controls we can expect to be in place next year while delivering high-quality championship rounds. I’m confident the 12 rallies chosen for next year will not let us down.”

So, as most WRC teams are based in Europe, the first part of the season will stay close to home in Europe. Rally Mexico, which typically runs earlier in the year, sadly dropped off of next year's schedule, leaving no events in North America. The Safari Rally is the WRC's first trip out of Europe next year, and is set for June 24-27. It will also be the WRC's first trip to Africa since the Safari Rally was dropped from its calendar in 2002.

You can view the WRC's full 2021 calendar here.

WRC Champ Shows You How To Drive a Rally Car

“Left-foot braking—because we have two feet!”