A Ford F-350 and a black trailer with expensive equipment is also missing. 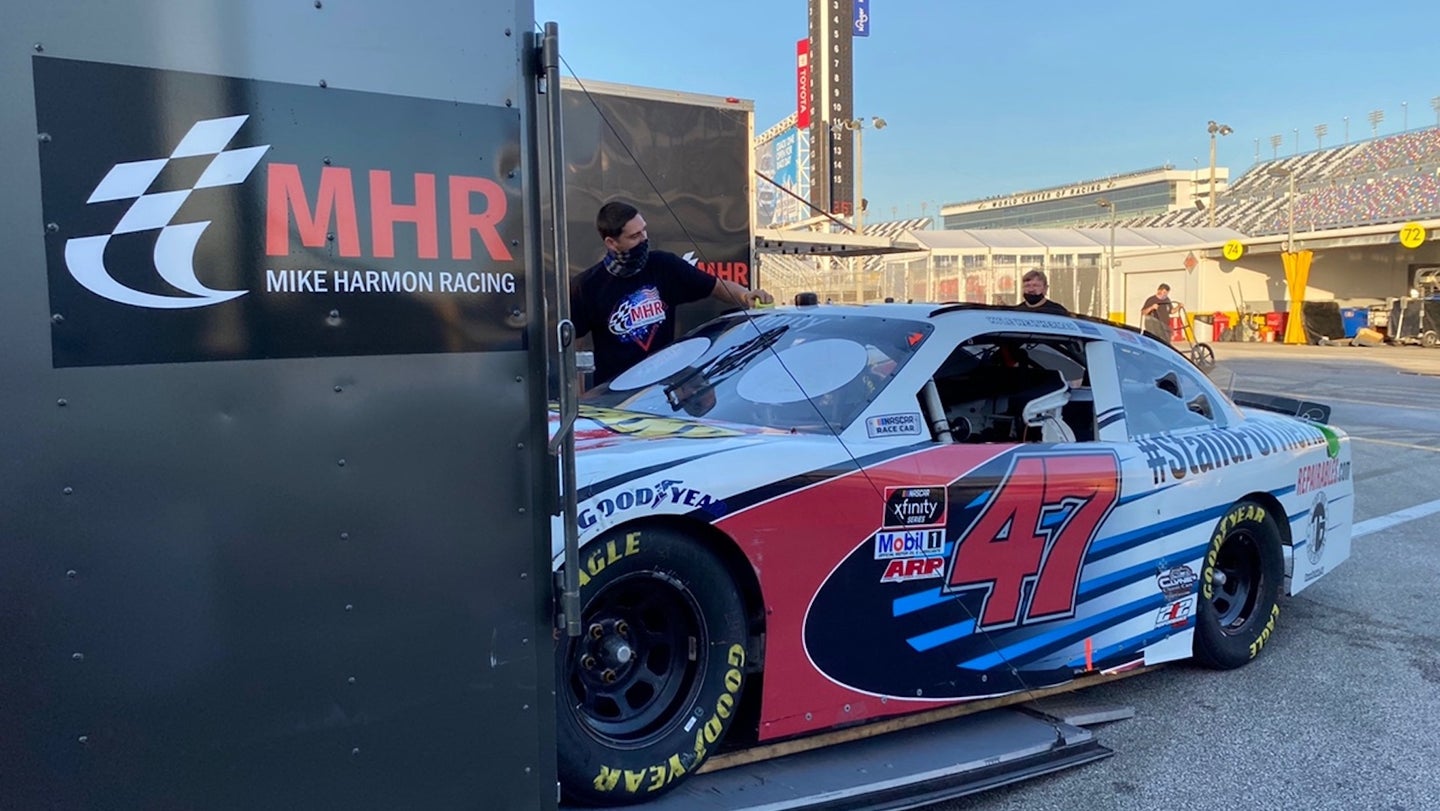 Mike Harmon Racing is a team that competes in the NASCAR Xfinity Series with racing driver Kyle Weatherman at the wheel of the No. 47 Chevrolet Camaro. Sadly, both parties are currently out of a race car, a trailer, and a Ford pickup truck, after their entire ensemble was stolen from the parking of a Cracker Barrel earlier this week in Kingsland, Georgia.

Shortly after wrapping up last weekend's NASCAR Xfinity race at Daytona, the crew was heading back home only to make an overnight stop at a Super 8 motel along the way to get some rest. The truck and trailer were pulled into the parking lot of a Cracker Barrel reportedly adjacent to the motel, where it reportedly remained until 5:55 a.m. when security cameras caught the truck and trailer leaving the lot, according to FOX 46.

The team's Ford F-350 dually, 32-foot car hauler, race car, and all of the other equipment reportedly add up to more than $250,000, the team told FOX 46. Reports and other surveillance footage shows the truck and trailer rolling down Insterstate 95 South heading back toward Florida, and that's the last time anyone's reported a sighting.

The team is offering a $5,000 reward for the recovery of the equipment. As for Weatherman, he appears to be in decent spirits following the theft, claiming in a Twitter post that the incident won't keep him from participating in the next scheduled race at the Dover Monster Mile.

The internet has helped find everything from transplant donors for sick patients to long-lost pets in other countries, so now it's your chance to chime in and help a team in need. If you've seen this truck, trailer, or even race car recently, contact local authorities or the team itself and help them get back to business sooner rather than later.