The Pro Bowl running back tweeted about starting a NASCAR team, so this is a good start. 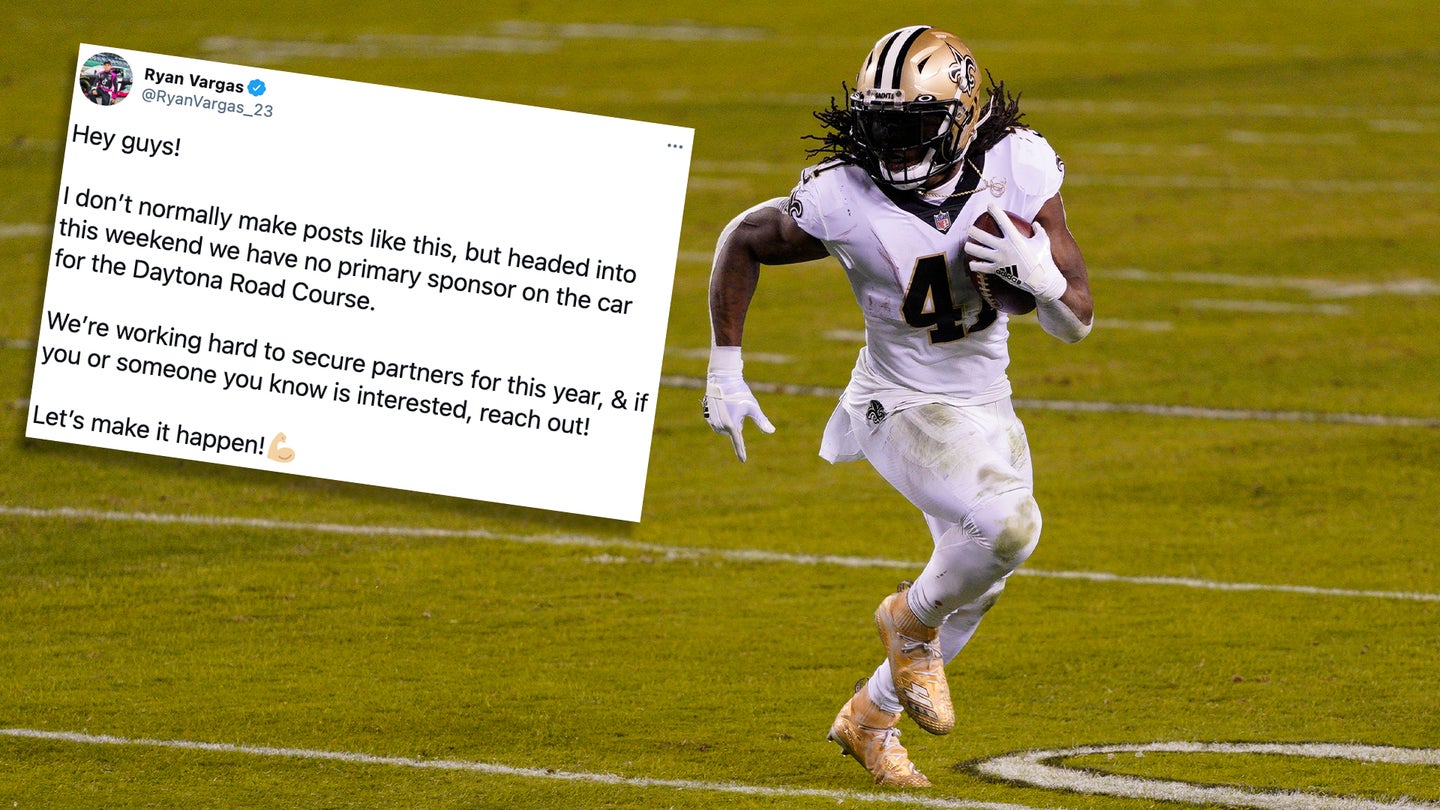 Anyone who's ever raced professionally—and whose dad isn't a billionaire—will vouch for the difficulties of acquiring sponsors. It's a massively expensive sport, and even folks who've made it all the way to NASCAR need a hand when it comes to paying for all those tires and windshield tear-offs. Such was the case with NASCAR Xfinity Series driver Ryan Vargas on Monday, who put out a plea on Twitter looking to connect with a hopeful sponsor.

Luckily, New Orleans Saints running back Alvin Kamara gave him an @ right back.

Vargas' tweet made it clear that his JD Motorsports with Gary Keller Chevrolet was in need of a main sponsor. Wearing a plain red livery with few more stickers than what you'd find in a parts-order goodie bag, they'd need a partner to run at this coming Saturday's Daytona event. That's when someone tagged Kamara, who owns a juice-bar chain in Louisiana called The Big Squeezy, and he replied within a minute.

The No. 6 Chevy Camaro is set to wear an orange, purple and red livery with The Big Squeezy's logo plastered on the hood. Even though likely no one expected this tie-up, the All-Pro running back had actually tweeted on Sunday while watching the Daytona 500 about starting a team.

Following a bunch of shoutouts to Denny Hamlin and Bubba Wallace, Kamara stuck out the hours-long rain delay until the end. He's been known in the NASCAR driver's circle for a while now, tweeting about races from time to time and commending Wallace for fighting racism in the sport.

Kamara is coming off the best season of his career with the New Orleans Saints, rushing for 932 yards on a pass-happy offense led by future hall of fame quarterback Drew Brees. As for Vargas, he placed 18th at last weekend's Daytona Xfinity round and is kicking off his first full-time season in the series. He was famously sponsored by TikTok last season, which is pretty on-brand for a 20-year-old.