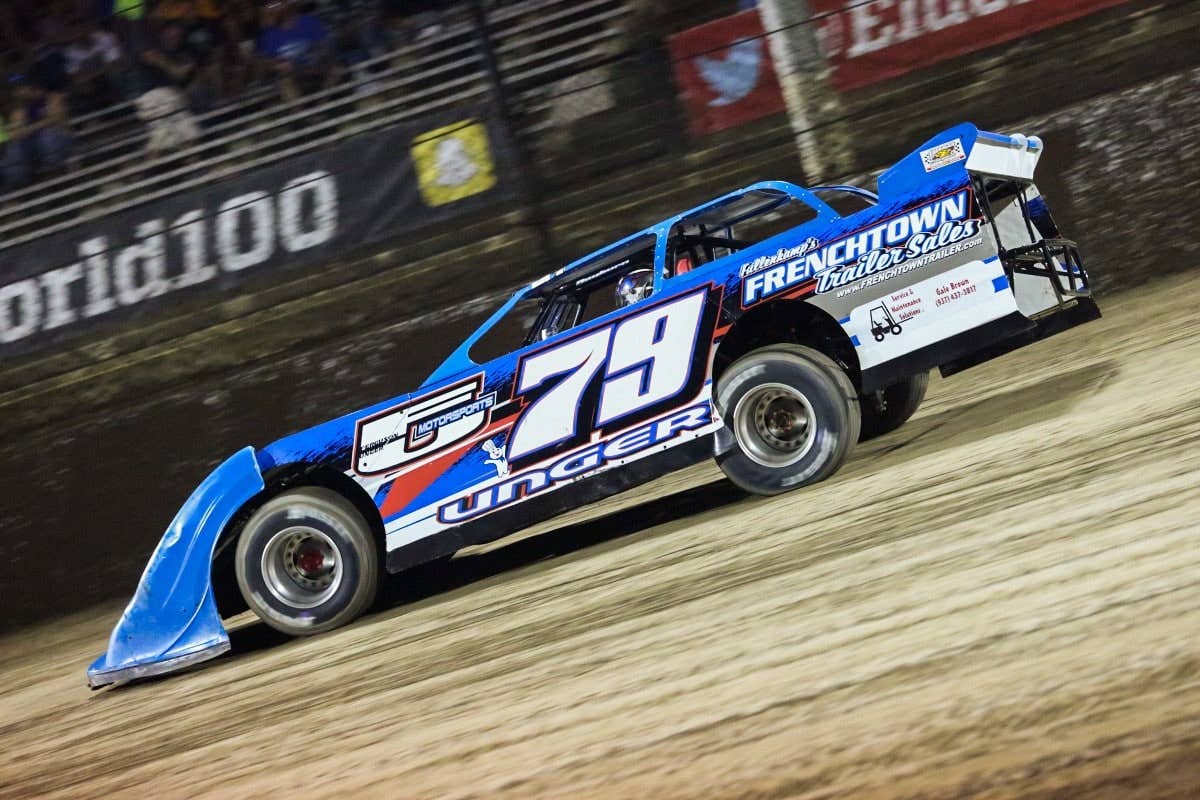 No one had to tell Shane Unger he was on the roly-poly side – his race cars carried a little cartoon of the Pillsbury Dough Boy. It was indicative of his sense of humor, and one of the reasons he was a favorite in the pits at Eldora Speedway in Rossburg, Ohio, Unger’s home.

Unger, 35, was killed Saturday night at Eldora, in a heat race leading up to one of the biggest dirt races of the year – the World 100. During a late restart Unger was caught up with some other cars in a crash. He was pinched down low on the track, then spun up to the top wall, where his number 79 late model hit the wall hard, on the driver’s side.

Safety crews performed CPR on him and he was cut from the car, but died at Mercer County Community Hospital in Coldwater, Ohio, eleven miles from the track.

In a class populated with teams that show up in 18-wheelers, Unger and his crew made do with a Ford pickup and a silver trailer. But his equipment always looked top-notch – the dirt modified he raced in addition to his late model was judged best-appearing car at Eldora several years ago.

Word circulated around Eldora pits and into the grandstands before the feature race started that Unger had perished, and some fans were critical of the track for running the race, but you’ll never find complete agreement on the policy of what to do if a racer dies. The track is owned by NASCAR Tony Stewart who at this point has made no comment.

Unger had been with Michelle Heindl since 2008, and by all accounts, family was one of the few things that came before racing to him. RIP, Shane.