Tony Stewart Is Where He Needs To Be – Can He Stay There?

Suddenly, he no longer sounds like The Saddest Man In The World. New lease on life, and all that. Good for him. 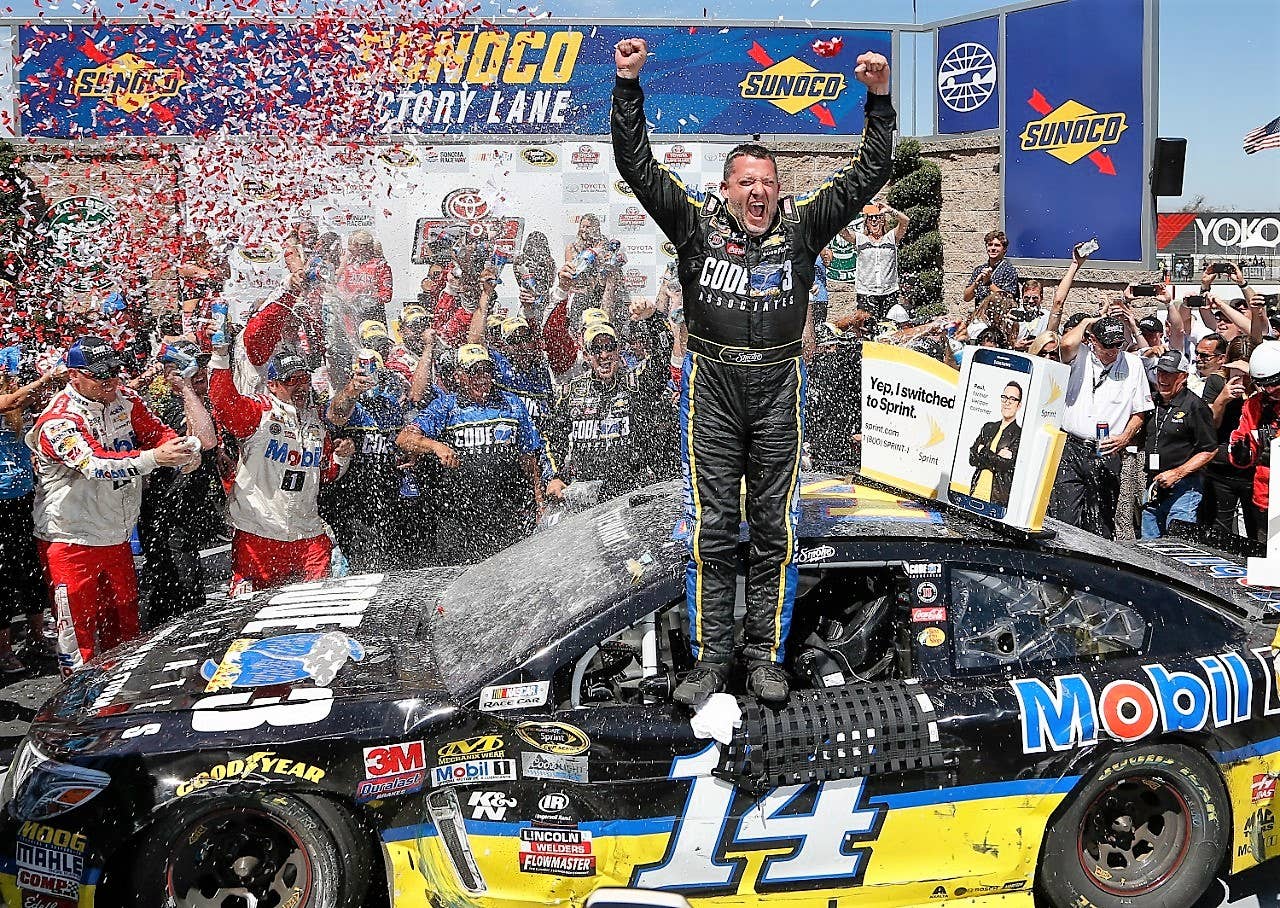 On June 25, we wrote a story that said it was too bad NASCAR Sprint Cup driver Tony Stewart couldn’t go ahead and retire now, instead of the end of the season. Not based on what we thought, but what he said in a press conference on the Friday before the race at Sonoma Raceway.

Such as: “I’m ready to go run stuff that makes me happy, and driving a Sprint Cup car does not make me happy right now.” Talking about fellow drivers: “Some of the things some of these guys do nowadays doesn’t make sense. When we had Dale (Earnhardt) Sr. and Rusty Wallace and Dale Jarrett and those guys they were able to get their arms around these guys and get them to listen and make sense.  There is really nobody here that can do that anymore.  Everybody is out of control out there.”

Then, as you likely know, Stewart, who hadn’t challenged for a victory all season, went out and won for the first time in three years.

Which ticked off one of the two boxes Stewart needs to check to make his farewell tour a success: To get into the season-ending Chase for the Championship, he needed to win at least once, and be in the top 30 in points. Because of a broken back suffered in an off-road riding crash during the off season, Stewart missed the first eight races, and started with a genuine points deficit.

After the win, he was 32nd in points. Saturday, in his 600th Cup start, Stewart finished fifth at Kentucky, which elevated him to: Yep, 30th in the points. Barring disaster, Tony Stewart will make the Chase.

Can he win the Championship? No, but that’s what we said in 2011, when he entered the Chase with zero victories. Then he went out and won five of the 10 Chase races in a juggernaut like we haven’t seen for years.

At the end of the season, Tony Stewart gets to retire to his version of the golf course – a half-mile dirt track every Saturday night. Counting Tony Stewart out, even if he seemed to count himself out just a couple of weeks ago, is a bad idea.